Margaret Ann Hassan, 30, is set to be arraigned Friday in a Pomona courtroom on one felony count each of child abuse under circumstances or conditions likely to cause great bodily injury or death, among other charges.

A woman was charged Thursday with leading Los Angeles County sheriff's deputies on a wild chase with her 9-year-old daughter in the car, striking multiple vehicles and driving at high speeds and sometimes the wrong way on busy streets.

Margaret Ann Hassan, 30, is set to be arraigned Friday in a Pomona courtroom on one felony count each of child abuse under circumstances or conditions likely to cause great bodily injury or death, assault with a deadly weapon and fleeing a pursuing peace officer's motor vehicle while driving recklessly, along with seven misdemeanor counts of hit-and-run driving resulting in property damage, according to the Los Angeles County District Attorney's Office. 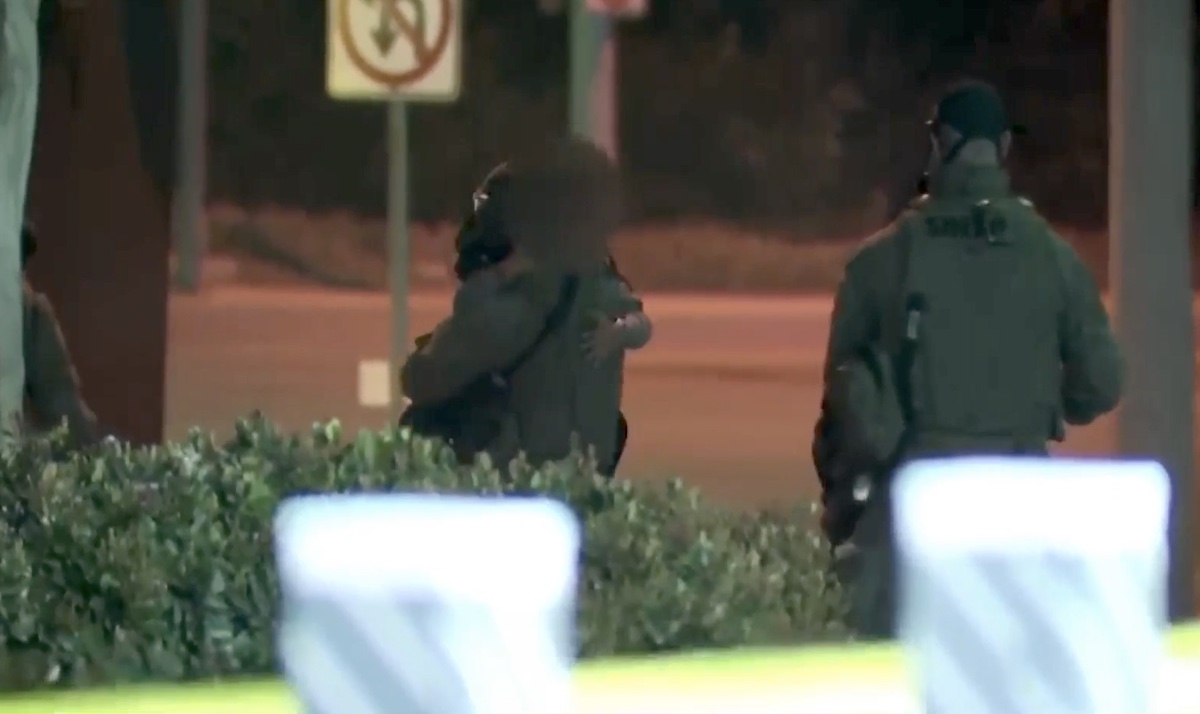 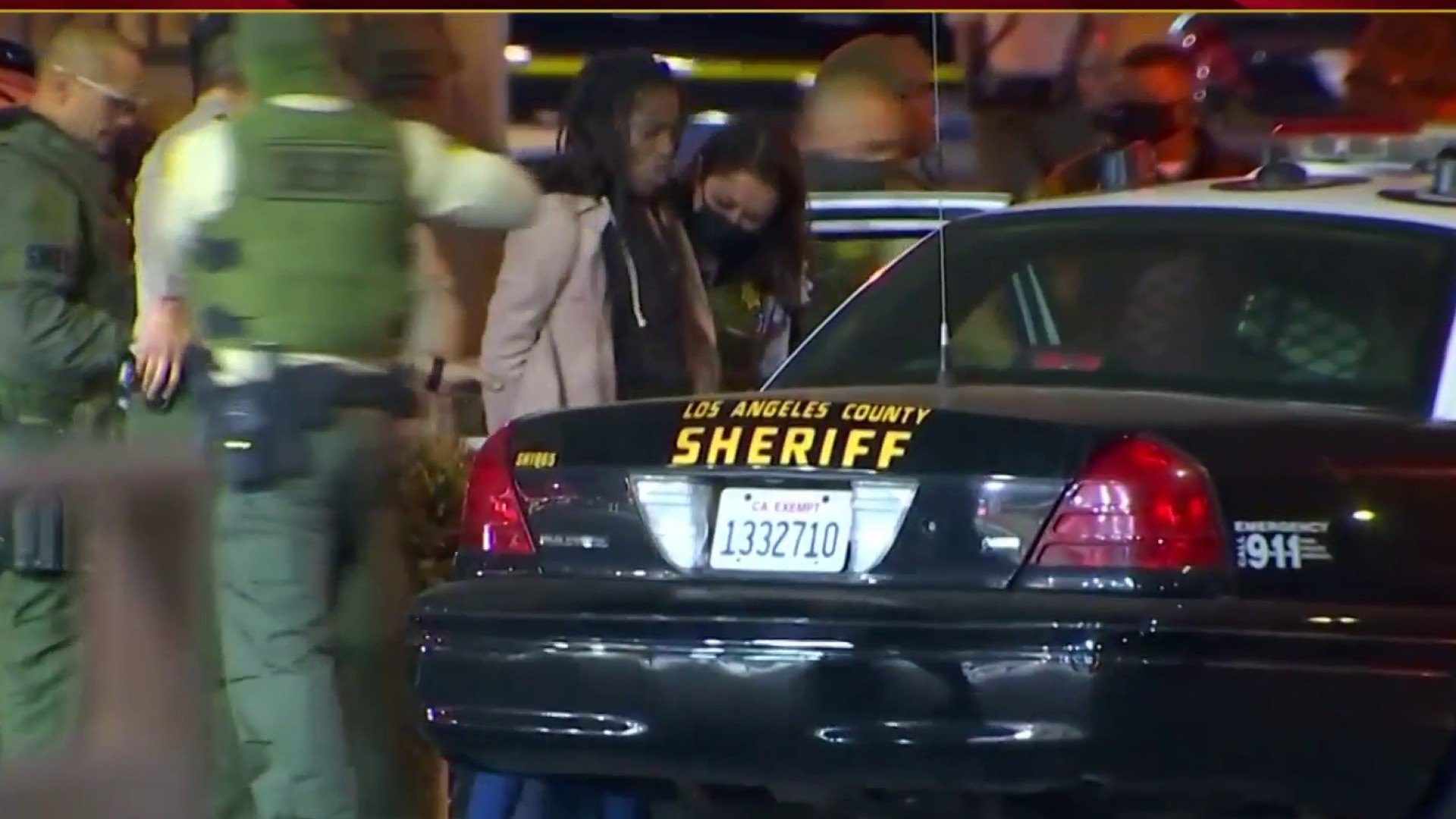 Hassan is accused of leading authorities on a high-speed, televised pursuit that started Tuesday near the Walnut-Diamond Bar sheriff's station, went into the Inland Empire and back to Diamond Bar, followed by a nearly three-hour standoff with deputies after the car became disabled.

At about 7 p.m., with armored vehicles surrounding three sides of the car, tear gas was fired into the vehicle.

"After introducing a gas agent, and to the surprise of all personnel, an unknown female child exited the rear of the vehicle and was brought to safety in the arms of an SEB (Special Enforcement Bureau) deputy,'' Deputy Trina Schrader of the Sheriff's Information Bureau said soon afterward.

"Shortly thereafter, the female suspect was removed from the vehicle and taken into custody without further incident.''

Special Enforcement Bureau Deputy Darell Edwards said Wednesday that his "father instincts'' kicked in when the girl emerged from the vehicle, leading him to run to the child and take her to safety.

"We had no knowledge that a child was in the car,'' Edwards, a father of three, said.

He told reporters he wanted to "physically take care of her, let her know it was OK,'' and that the girl was crying and asked for water.

An assault suspect was caught in a victim's home during a Zoom court hearing.

The girl was taken to a hospital for a precautionary medical examination and was released to the custody of the Los Angeles County Department of Children and Family Services.

The ordeal began with an alleged hit-and-run crash about 3:20 p.m. Tuesday near the Walnut-Diamond Bar Sheriff's Station at 21695 Valley Blvd. in Walnut, according to Schrader.

"The pursuit stemmed from the female suspect (Hassan) becoming involved in a road rage incident with another motorist on the road, which transpired into the suspect using her vehicle as a weapon against the other motorist,'' Schrader said.

"Deputies were flagged down by the motorist who had repeatedly and intentionally been rear-ended by the suspect vehicle,'' Schrader said.

"Deputies attempted to contact the suspect, at which time she fled from them in her vehicle.''

A sheriff's sergeant was involved in a crash while trying to take command of the pursuit, Schrader said. The sergeant was taken to a hospital for treatment of non-life-threatening injuries and later released.

Hassan allegedly led deputies through Ontario, Chino Hills and Chino before turning back to Diamond Bar. During the televised chase, the driver could be seen using the battered sedan, its bumper dragging, to push other vehicles out of the way, driving between stopped vehicles and on the wrong side of busy streets.

While speeding on El Prado Road in Chino, she narrowly missed head-on collisions with at least three vehicles while driving on the wrong side of the street.

The car became disabled on Diamond Bar Boulevard between Palomino Drive and the Pomona (60) Freeway after rear-ending another vehicle, and deputies surrounded it. They fired at least a dozen bean bag-type rounds into the car to try to break the tinted windows so they could see inside, then waited for the arrival of the sheriff's SWAT team with crisis negotiators and armored vehicles.

Sheriff Alex Villanueva tweeted about the incident Tuesday night, writing: "Thankfully @SEBLASD ended this tense situation with a peaceful resolution. Our deputies did not know there was a child in the car. The child is now safe, and the suspect is in custody. Bringing this barricade situation to an end and restoring order to our community.''

Hassan has remained jailed in lieu of $100,000 bail since her arrest just before 7:30 p.m. Tuesday, jail records show.