Officers pursued a pickup Monday morning on streets in the San Fernando Valley before the driver surrendered in a residential area.

The pursuit began in the North Hollywood area after a report of a stolen vehicle.

An officer attempted to spin the Toyota pickup, loaded with tires in its bed, but the driver continued into a Sherman Oaks neighborhood. The driver in a Pink Floyd shirt was taken into custody after stopping on a street southeast of Ventura Boulevard and 405 Freeway interchange. 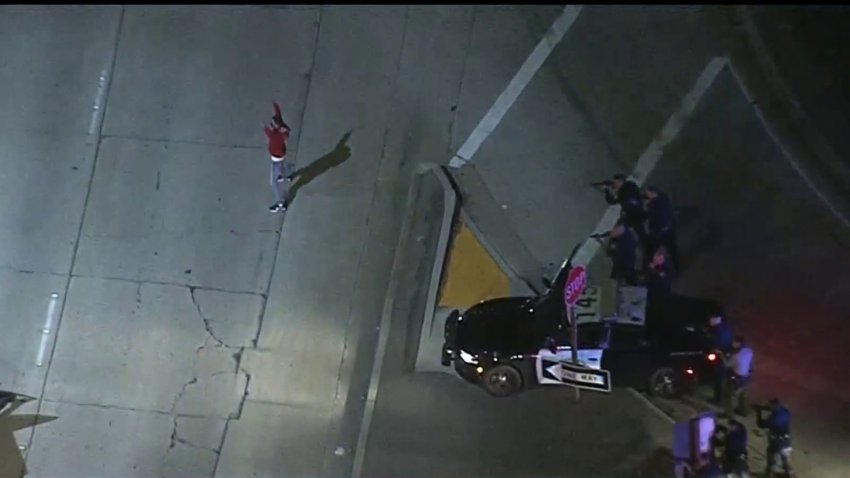