Art from Obey founder Shepard Fairey and Incubus lead singer Brandon Boyd will be up for auction.

Famous musicians and street artists, like the illustrator behind the Obey giant, are donating art to a Los Angeles show that will benefit young homeless people in Los Angeles.

Celebrity artists donating their works for the auction include Incubus lead singer Brandon Boyd, Obey founder Shepard Fairey and Devo lead singer Mark Mothersbaugh among others. Although there may be scheduling conflicts, 100 Pieces organizers said some of the artists will be at the show.

100 Pieces co-founders, Chris Buzzell, Melissa Ross, Amy Favat and Pete Favat are inviting guests for free drinks and to participate in the 100 Pieces art auction charity event at Steelhead Studio on 12901 W. Jefferson Blvd. from 7 to 10 p.m. May 9. 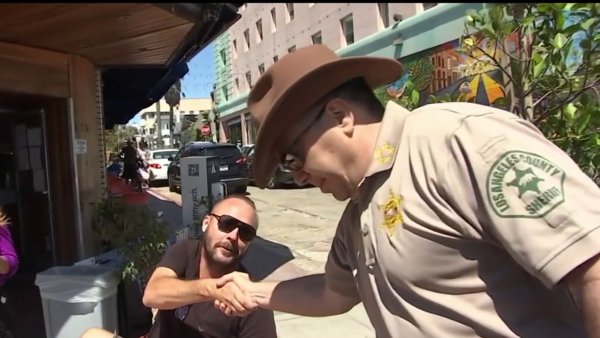 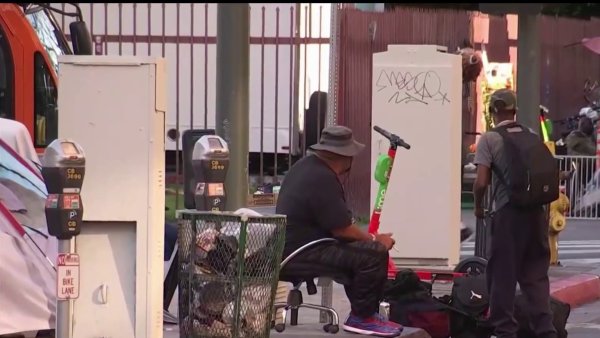 Pete said the event is an unconventional marketing attempt to get people involved in solving the homelessness issue through art without the guilt trip. The show's organizers are not aiming for a specific fundraising goal, but they will take as much as they can collect.

Although there are big names donating for the event, 100 Pieces is also accepting submissions from a variety of artists no matter the skill level. The charity event is accepting art pieces until May 1. In the past few weeks, art has been flown in from Israel, France and the Caribbean, Ross said.

"The feedback I get from artists from past events is that they can't believe their art is hanging next to someone's like Shepard Fairey for auction," Ross said.

The art featured in the show ranges from photographic stills to various styles of paintings. Those interested in donating art pieces for the show can drop off their creations at Steelhead Studio.

Andrew Legget, a photographer participating in this year's auction, said he has donated his works to previous 100 Pieces art charities for three years.

"It’s a really amazing feeling that someone is buying your artwork," Legget said. "But really, it’s the money that will go to help this organization that helps youth. I walk around Hollywood, Venice and downtown and see these kids. It’s terrible, but you can actually donate your art and all that money goes to keeping them safe.”

The number of homeless individuals nationwide has increased modestly in the past two years, according to U.S. Department of Housing and Urban Development.

A 2018 Annual Homeless Assessment report estimated that more than 129,000 people were homeless in California. Over 12,000 of those were young people.

The 100 Pieces art show is a major fundraising event for the Safe Place for Youth homeless center in Venice.

The center has distributed more than 22,000 meals and helped 120 homeless youth go to school and find a job, the center said. Since 100 Pieces began hosting art auctions in 2015, $200,000 has been raised in total to help fund the Safe Place for Youth shelter.

The money gathered from auction can be spent in any way the homeless center deems fit without the limitations that come with grants, Pete's wife, Amy Favat, 100 Pieces co-founder and Safe Place for Youth volunteer, said.

Amy said the homeless center can use the money to keep the lights on and the water running in the building, if that's what is needed.

The name "100 Pieces" stems from the group's early ambition to assemble 100 art pieces for their first show in 2015.