They called for kindness toward the homeless, local outreach, access to medicine and an investment in permanent housing solutions.

Several Venice organizations have criticized the Los Angeles County Sheriff's Department; saying it is calling for the “forced displacement and criminalization of unhoused people” on the boardwalk.

“This week, the L.A. County Sheriff and others unfamiliar with Venice and its unhoused residents held press events on the Venice Boardwalk calling for the forced displacement and criminalization of unhoused people in order to ‘clean up’ the Boardwalk,” according to the statement released Friday afternoon by the Venice Family Clinic; Grass Roots Neighbors; Safe Place for Youth; Venice Black, Indigenous and People of Color Elders; Venice Community Housing; and Venice Justice Committee.

“Time and time again, this approach has proven to fail in Los Angeles, and cause harm to people already dealing with crisis, trauma and the extreme lack of affordable housing across our region and especially on the Westside.”

The groups added that the homelessness crisis has been caused by “decades of disinvestment in affordable housing and other critical resources, systemic racism in land-use policies, housing, employment and mass incarceration policies, and growing income and wealth inequality.”

Along the Venice boardwalk, the once bustling tourist destination and booming local business powerhouse, the contrast of what is and what once was is evident. John Cádiz Klemack reports for NBC4 News at 6 p.m. on June 7, 2021.

It called for kindness toward the homeless, local outreach, access to medicine and an investment in permanent housing solutions.

“Our collective community will work to provide emergency services, secure, preserve, and build more housing, and stand in solidarity to protect the rights of unhoused folks, and hope that anyone interested in helping alleviate homelessness in Venice and beyond joins the effort from a human- centered, social justice framework,” the statement said.

Councilman Mike Bonin, who represents the neighborhood on the Los Angeles City Council, also criticized the sheriff's department's efforts to meet with homeless people around Ocean Front Walk in Venice -- outside the sheriff's jurisdiction -- and clear an encampment, calling the deputies' presence “disruptive and counterproductive.”

Bonin on Thursday tweeted that Sheriff Alex Villanueva “should leave outreach & housing to the professionals. It's harmful to strut in & interfere with the work of service providers who are trying to house people, quietly, diligently and in good faith.”

While we spend more and more tax money on the issue of homelessness, the problem continues to get worse. What's the possibility that part of the problem, at least, is the disparate number of cities and agencies that are working on the issue independently with no coordination? NBC4’s Conan Nolan talks to a group that says it has a solution for that.

Villanueva, who described the department's work in Venice as a “humanitarian mission,” told reporters on Monday that deputies will talk to people residing in an encampment at the beach to determine what they are doing to move from being homeless to having a place to stay.

He said the homelessness crisis within Los Angeles city limits prompted him to take action. He also accused Bonin and Mayor Eric Garcetti of hampering the Los Angeles Police Department in its ability to do its job with regard to encampments.

“I'm not going to blame LAPD whatsoever,” Villanueva said. “I think they can definitely do the job. They're more than capable, have good leadership. However, if they're hamstrung by politicians that don't want them to do their job, well, then they're left in a very, very bad situation.”

He visited the Venice encampment this week “to view the failures of local politicians in regard to the homeless crisis,” he said, adding that the agency's Homeless Outreach Services Team would be dispatched to the beach Tuesday “assessing Venice in order to triage the crisis and develop an action plan to compassionately offer services while employing common sense in the regulation of public space within Los Angeles County.”

He told reporters he would like to see the Venice Beach encampment cleared by the Fourth of July holiday. 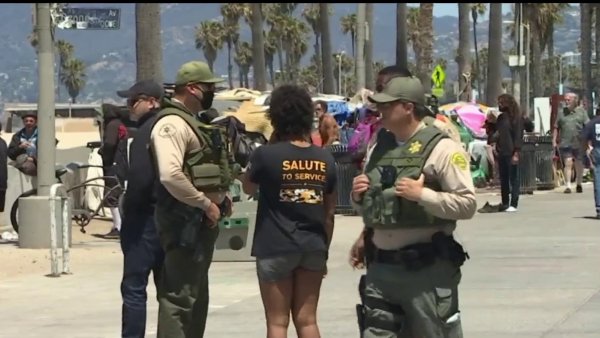 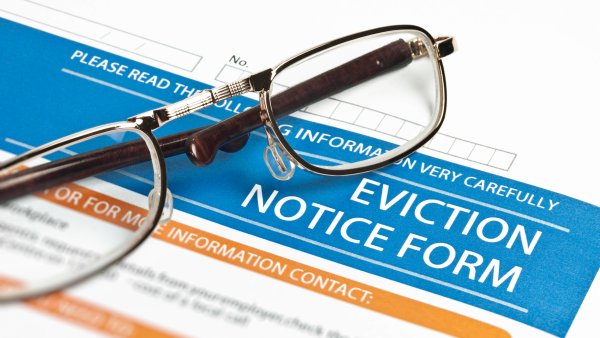 This Renter Got More Than $5,000 in Assistance. Here's What You Need to Know About Applying