WeHo Says No No to SoHo House's Club Plans

Some residents in West Hollywood are saying "not in my back yard" to a member's-only club that is opening a branch on the top two floors of a Sunset Strip office building, it was reported Saturday.

The club would be perched atop a highrise office right at the West Hollywood-Beverly Hills boundary, were the clutter and noise of the Sunset Strip abruptly gives way to the exclusive elegance of 90210.

More than 80 residents have signed an appeal by the West Hollywood-Beverly Hills Neighborhood Association against SoHo House's plan to move into the top two floors of Luckman Plaza at 9200 Sunset Blvd., the Los Angeles Times website reported Saturday.

The West Hollywood City Council will consider the objections at its Monday meeting. 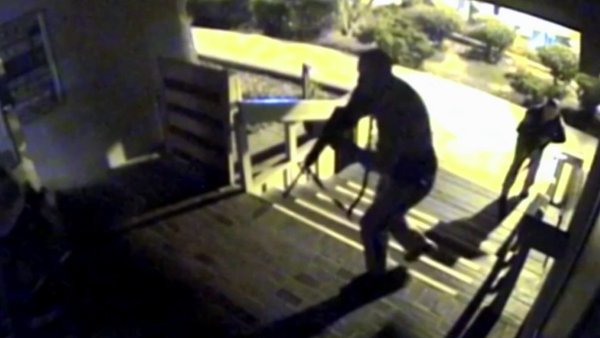 The British club, which has an outpost in Manhattan, caters to an A-list crowd. When it rented the space for a week of Oscars parties last year, Matt Dillion, Demi Moore and Ashton Kutcher dropped by the English manor-inspired penthouse -- replete with Chesterfield sofas and Oriental carpets.

"It has always been an office building, which was fine," Deedy Oberman, who has lived in an adjacent house for 36 years, told latimes.com . "Office hours are daytime hours and not over the weekend. I've got seven grandchildren, and they say with me."

"This is not a nightclub," Steven Afriat, a consultant representing the club, told the Times website. "People aren't going there to be entertained. They are going there to meet and relax."

City officials want to stimulate business on the west end of the Sunset Strip. John Keho, the city's planning manager, said the club would create jobs, generate business for local restaurants, shops and hotels; and help position the landmark building as a gateway to West Hollywood.

The West Hollywood Planning Commission cleared the way for the development July 29 when it approved a request by the building's owners, the Mani Brothers Real Estate Group, to convert the space into a private social club with a restaurant and a rooftop reflecting pool.

Jeffery Seymour, a consultant representing the Mani Brothers, told The Times that a 6 1/2-foot glass wall will enclose the top of the building. There will be no live music on the rooftop terrace without a special event permit.

Only club staff will use the parking spaces located in a structure across the street; members will leave their cars in Luckman building's own parking area and enter the club through a dedicated elevator. No more than 300 people will be allowed inside the club at any time.

"The helicopters now are bad, but the paparazzi are going to be all over the place," Martin Gordon, a doctor who has lived a few houses away for 21 years, told the Times. "This is a family neighborhood."

Although the building is located at the tip of the Sunset Strip, it is surrounded on three sides by quiet residential areas, said attorney Doug Carstens, who represents the neighborhood association in the appeal against the Planning Commission.

Still, the project has drawn support from some high-profile residents, including actress Felicity Huffman and musician Elton John.