Man Arrested in Stabbing Death of Ex-Girlfriend in Corona

A Southern California man has been arrested in the stabbing death of his ex-girlfriend whose bloody body was found by one of her two teenage daughters the night before Thanksgiving last year.

Corona Police said they arrested 42-year-old Mark Brierley on Thursday in connection with the death of Sharmon Intili.

Brierley had been considered a person of interest in the case after detectives learned the 46-year-old Intili had ended her relationship with Brierley a few weeks before her killing. 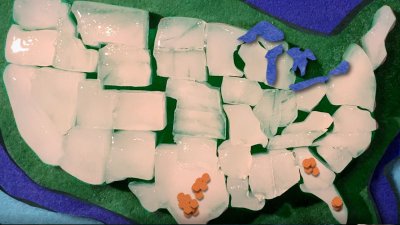 Police said friends and co-workers told them that Intili believed Brierley was stalking her and that she had changed the locks on her home in the days leading up to her death.

It's unclear whether Brierley has an attorney. He's being held in a Riverside County jail on a $3 million bail.

Intili's 17-year-old daughter found her mother's body inside their Corona home the night of Nov. 23, 2016.