"I've seen over the course of my career hundreds of unsafe things," said one crew member, speaking on condition of anonymity

Some Hollywood production crews are seeing more dangerous behavior on movie and TV sets, but say they're reluctant to speak out for fear of jeopardizing their careers.

The number of serious on-set injuries reported to the Occupational Safety & Health Administration (OSHA) has risen in recent years, though industry insiders tell the NBC4 I-Team that many accidents go unreported.

The I-Team sat down with five crew members who have worked on major TV shows and movies. They chose to remain anonymous, concerned that speaking publically could threaten future job opportunities. 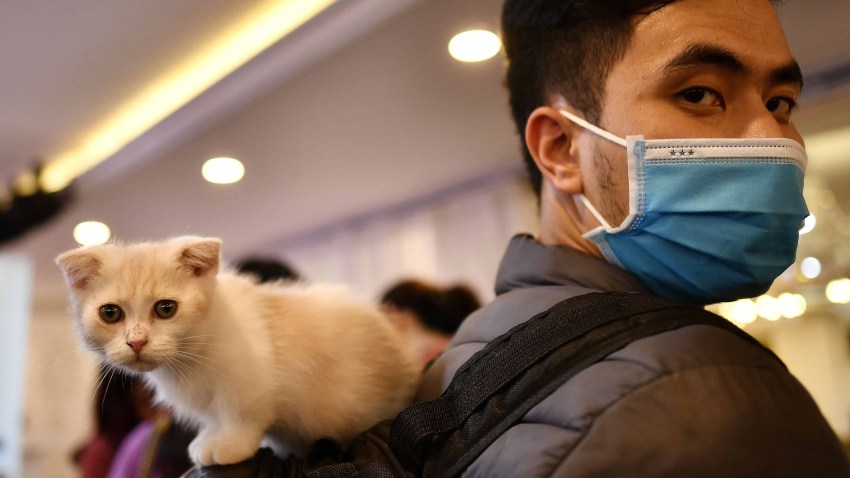 A Tiger Caught COVID-19. That Doesn’t Mean Your Cat Will Infect You With the Coronavirus

"Yes, you are not going to get hired again," said one crew member.

"If you see someone on your crew one day and you hear that person say something, [like] 'Wow I wish we had earplugs for that explosion,' and the next day they aren't there - there's a lesson people take away, and I've seen it personally," said another member.

All five crew members cited the 2014 death of 27-year-old camera assistant Sarah Jones as an example of the kind of tragedy they fear could happen again in the future.

Investigators say director-producer Randall Miller chose to shoot a dream sequence on an active railroad track in Georgia without permits or permission from the property owner. Jones was killed, and eight others were injured, when a freight train plowed into the unauthorized movie set. Miller and several others on the production team pleaded guilty to involuntary manslaughter and criminal trespassing. Miller spent a year in jail.

"I almost lost my life. My co-worker lost her life," said Joyce Gilliard, a set hairstylist who was severely injured on the railroad trestle that day.

The I-Team spoke with crew members of other productions who described seeing many instances of risky behavior on both small and big-budget film and TV productions.

"I've been on a set where an actress had an electric turkey carver pushed near her face," one recalled.

"I've seen over the course of my career hundreds of unsafe things," said another, "some of which have resulted in major accidents and injuries and others that were just passed off as, 'Well, we got away with it.'"

All agreed that increasing budget pressures create a rushed "corner-cutting" atmosphere on some film and TV sets, which can lead producers and directors to take risks, like skipping safety meetings before stunts.

"It comes down to the almighty dollar," said a crew member. "Time is money, and money is time."

Since the death of their daughter on that Georgia railroad track, Richard and Elizabeth Jones have devoted much of their time and energy to pushing the entertainment industry to pay closer attention to safety. They lead annual marches in Los Angeles and Atlanta in memory of their daughter, and have established the "Sarah Jones Film Foundation," which "seeks to engage the entire film community in generating constructive and realistic strategies to prevent other tragedies from happening."

Gilliard is determined to contribute to the effort as well. She's a leading voice in proposing an annual, industry-wide safety awareness day that would fall on Feb. 20, the anniversary of Jones' death.