The actor, who went viral after appearing as 'Grace From Boston' in the ad, has spent much of the past year staying at home with her two boys and, funnily enough, riding her own Peloton.

Monica Ruiz doesn't mind being the butt of a joke, even after she went viral for her terrified facial expression in a now-infamous Peloton commercial released in late 2019.

A recent, popular tweet, complete with a picture of Ruiz from the ad, declared her character "a prophet. And we mocked her." Peloton has seen a 172% increase in sales amid the coronavirus pandemic as people search for ways to stay fit at home, CNBC reported in September.

In the ad, the Los Angeles-based actor plays a wife who was given a stationary exercise bike for Christmas by her husband, which stirred up controversy among critics who felt the message was sexist and body-shaming. As many pointed out, Ruiz was clearly already trim when she received the gift.

Ruiz laughed when she told TODAY over the phone about how the ad affected her 2020 — and when she first discussed the initial backlash with TODAY's Hoda Kotb a year ago. At the time, she told Hoda, "I just wanted to let everyone know I'm fine. ... I'm OK, I'm not in a rehab for mental health anywhere." 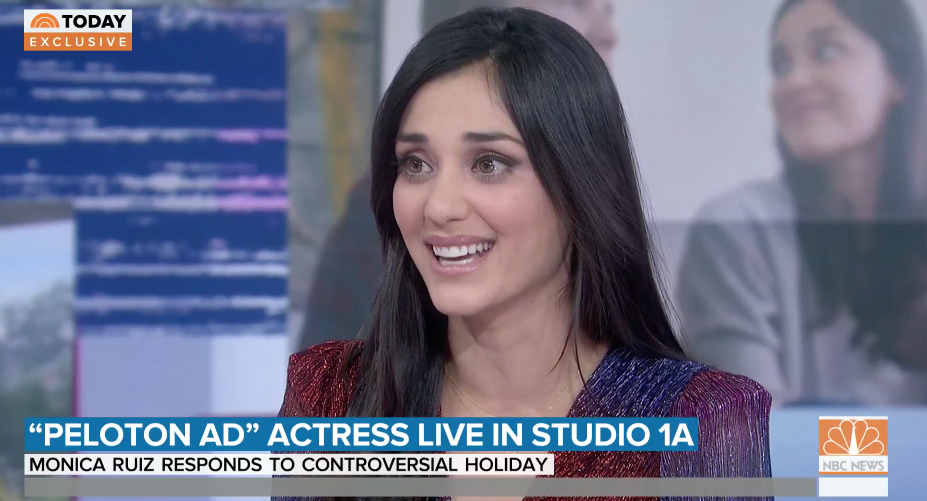 Peloton Actress on Controversial Ad: ‘Honestly, I Think It Was My Face' 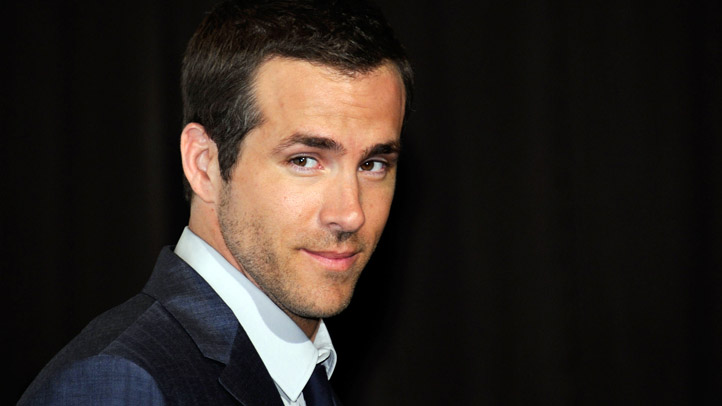 Reflecting a year later on her recent resurfacing online, Ruiz remarked: "It's funny, all those memes that are going around now that are like, 'What did she know? She knew something we didn't know.' It was kind of like perfect timing that so much attention was brought to their company, and then everyone had to be at home."

"It was probably on everyone's mind, like 'What about that Peloton thing? I know everyone made fun of the commercial, but what's it about?'" she added.

The mother of two said that she's often been asked if she received a Peloton when she initially filmed the commercial, and the answer is no. But in January, the company sent her one, which "made such a difference this year for me. I'm on it like every day," she said.

Ruiz even considered giving her husband a Peloton as a reference to her viral fame.

"I seriously was like, I should record a video of me giving it to (him) for Christmas. Reverse the script," she quipped.

The commercial also has garnered her success on Cameo, an app that allows celebrities to send personalized video messages to fans for a fee. One user asked her to congratulate his wife for hitting her 200th Peloton ride, for example. Ruiz was initially hesitant to join the community, but she's had fun and "met a lot of really nice people," she said.

"People were requesting Cameos, and they'd be like, 'Can you do it on the bike?' Then I would try to reach out in selfie mode, and I'm like, 'Oh my God, I feel like I'm in the commercial right now,'" she chuckled. "Sometimes I would say something that was almost aligned from the commercial, and I would just laugh so hard. ... This wasn't so far out of the realm of reality. The whole idea was just pretty on for a lot of people."

While her acting career slowed down this year — the big gigs she booked include a stint on soap opera "The Bold and the Beautiful" and an appearance on upcoming sitcom "Call Me Cat" — she's grateful for the time off.

"I thought, 'What's this going to do for me for work? Is it going to hinder or is it going to make some more opportunities come up?" she explained. "You can't even guess with something like this because it's something that I've not really seen happen in the recent past."

But the memes, in particular, have given her more confidence about the future.

"Now that I see ... people going, 'Oh my god that was only a year ago. That felt like it was like five years ago,' that makes me kind of happy because then I'm like, OK people are not going to see me and instantly think that," she explained.

Some people might be sensitive about being involved in such widespread scandal. But not Ruiz.

"The funny memes that go around are sent to me immediately by my friends and family," she said. "They do not shy away from sharing any of that stuff with me. They all give me a hard time about it. I think it's hilarious. They know that I can take a joke."

Like most people, Ruiz spent much of this past year at home with her kids, 4- and 2-year-old boys. She even shot a commercial on her phone with the help of her sister.