At 33, Ossoff Is Youngest Democrat Elected to Senate Since Biden

As a teenager, Jon Ossoff was inspired by the pivotal role John Lewis played in the fight for racial equality when the civil rights icon was in his early 20s.

He was in awe of Lewis' life, he told The Associated Press in December, particularly how someone “so young” had achieved such a prominent position as chairman of the Student Nonviolent Coordinating Committee.

At 33, the millennial Democrat will assume his own leadership mantle after being one of two candidates to help the party sweep Georgia's crucial U.S. Senate runoff elections, a victory that sealed Democrats' control of the chamber. Ossoff defeated Republican David Perdue in the runoff that was held Tuesday after neither he nor Perdue received 50% of the vote in November.

This is Ossoff's first election to public office, and he will be the youngest member of the Senate and the youngest Democratic to serve since Joe Biden, who assumed office in 1973 at the age of 30. But he has never let youth and inexperience be barriers to his aspirations. 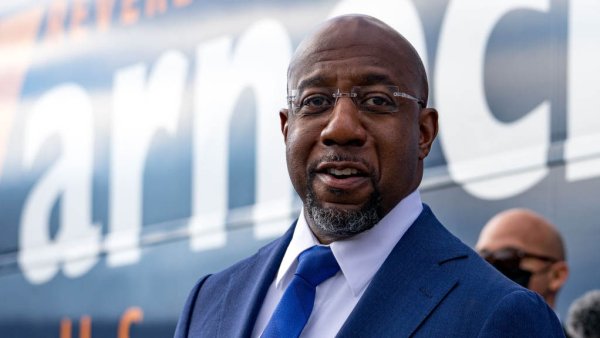 ‘Only in America': Warnock's Rise From Poverty to US Senator 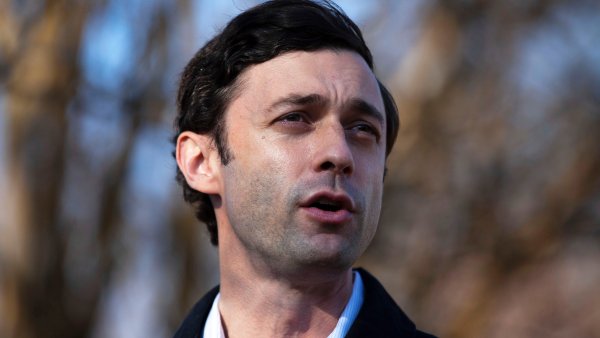 In 2017, at the age of 29, he ran for Congress in Georgia in a race closely watched as an early referendum on President Donald Trump.

Though he lost, he shattered fundraising records and made the contest in a once reliably Republican district competitive. For his Senate campaign, he took a sharper approach. His platform was unabashedly liberal, calling for a $15 minimum wage, a “public option” government health plan, and a new voting rights act to restore federal oversight of state election laws.

He also launched a fierce attack on Perdue while shrugging off his opponent's exaggerated claim that he was pursuing a “radical socialist agenda." At a debate in October, he called the 71-year-old former corporate executive “a crook” who used the COVID-19 pandemic to protect his stock portfolio while downplaying the seriousness of the virus. Perdue insisted the allegations were false.

Ossoff is smart, has a “good heart” and will work hard as a senator, said Sarah Riggs Amico, a fellow Democrat who ran for lieutenant governor in Georgia in 2018 and challenged Ossoff in the Senate primary.

“The reality is government functions better when there are people from a wide variety of backgrounds who come to the table," she said.

Senate candidate Jon Ossoff posted a statement online declaring victory in his Senate runoff election against Sen. David Purdue in Georgia. NBC says Ossoff leads but that the race is still too close to call

Voter Kaitlynn Poborsky, 28, said she choose Ossoff because she is looking for change and a senator who is passionate about addressing the coronavirus and climate change. She did not have concerns about his age.

“I think we need young people," she said outside a polling site in downtown Atlanta on Tuesday. "People who are in office are too old.”

Ossoff said his first race taught him the importance of grassroots campaigning and to ignore "the paint by numbers, garden variety nonsense that the GOP throws at me.”

"I don’t pay any attention to it, and I really couldn’t care less what they say,” he told the AP last month. His campaign declined an interview request on Wednesday.

Raised in a wealthy family in Atlanta, Ossoff was 16 when he read Lewis' memoir about the civil rights movement, “Walking With the Wind.” He wrote a letter to Lewis, and Lewis offered him a summer job.

With the projected election of Democrat Raphael Warnock to the U.S. Senate for Georgia, LGBTQ advocates are hopeful about the fate of a bill called the Equality Act that aims to protect its community against discrimination. Sarah Kate Ellis, GLAAD's president and CEO, joined LX News to explain why Georgia's U.S. Senate elections will decide the future of federal protections for lesbian, gay, bisexual, transgender and queer people across the country.

Lewis referred him to Hank Johnson, an Atlanta-area attorney running for Congress in 2006. Ossoff, a Georgetown University graduate, became the fourth member of Johnson’s campaign staff. Lewis would continue to be a mentor.

Ossoff worked for five years on Johnson’s Washington staff. In 2013, after Ossoff inherited money from his late grandfather, he invested in a small London-based film production company. Insight TWI finances investigative documentaries and sells them to broadcasters including the BBC. Ossoff is the company’s CEO.

In a victory speech early Wednesday, Ossoff said he would follow the example set by Lewis. The Georgia Democrat died last year after serving in Congress for more than three decades.