Kristen Santos was in medal position, poised to wipe out the frustration that has haunted American women in Olympic short track speed skating for 12 years.

Instead, Santos wiped out. Or rather, she was taken out by 10-time Olympic medalist Arianna Fontana of Italy, who slid into the Team USA skater with under a lap to go in the 1000m and crashed both of them into the boards.

“It’s part of the sport,” said Santos, who was trying to win the first Olympic medal by a U.S. woman in short track since 2010. “I’ve definitely messed people up before. Of course, the situation, for lack of a better word, it sucks. But I’m not mad at anyone. Just sad.”

Team USA has accomplished a lot in short track speedskating at the 2022 Winter Olympics. Here's how American skaters have fared so far in Beijing. 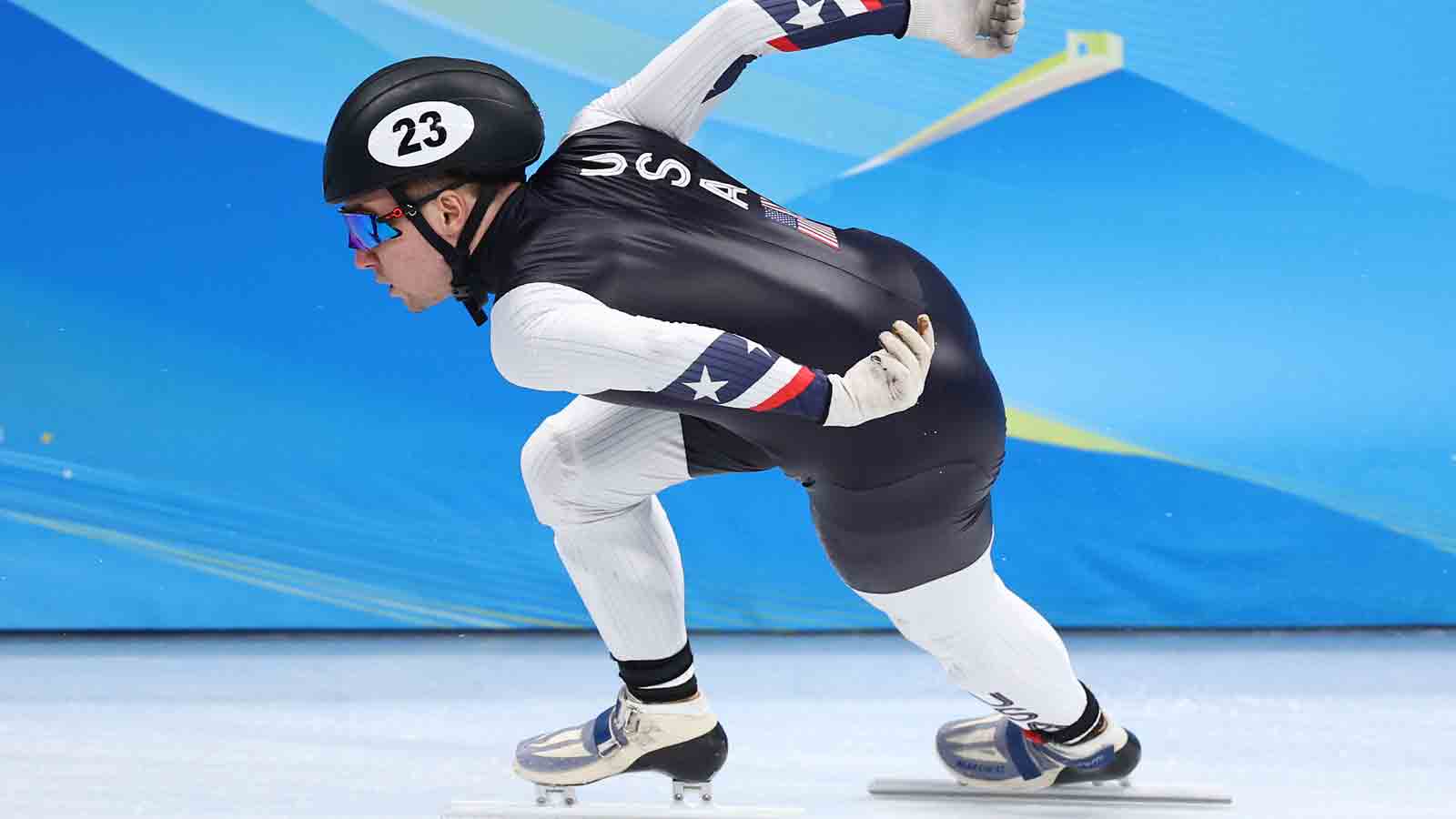 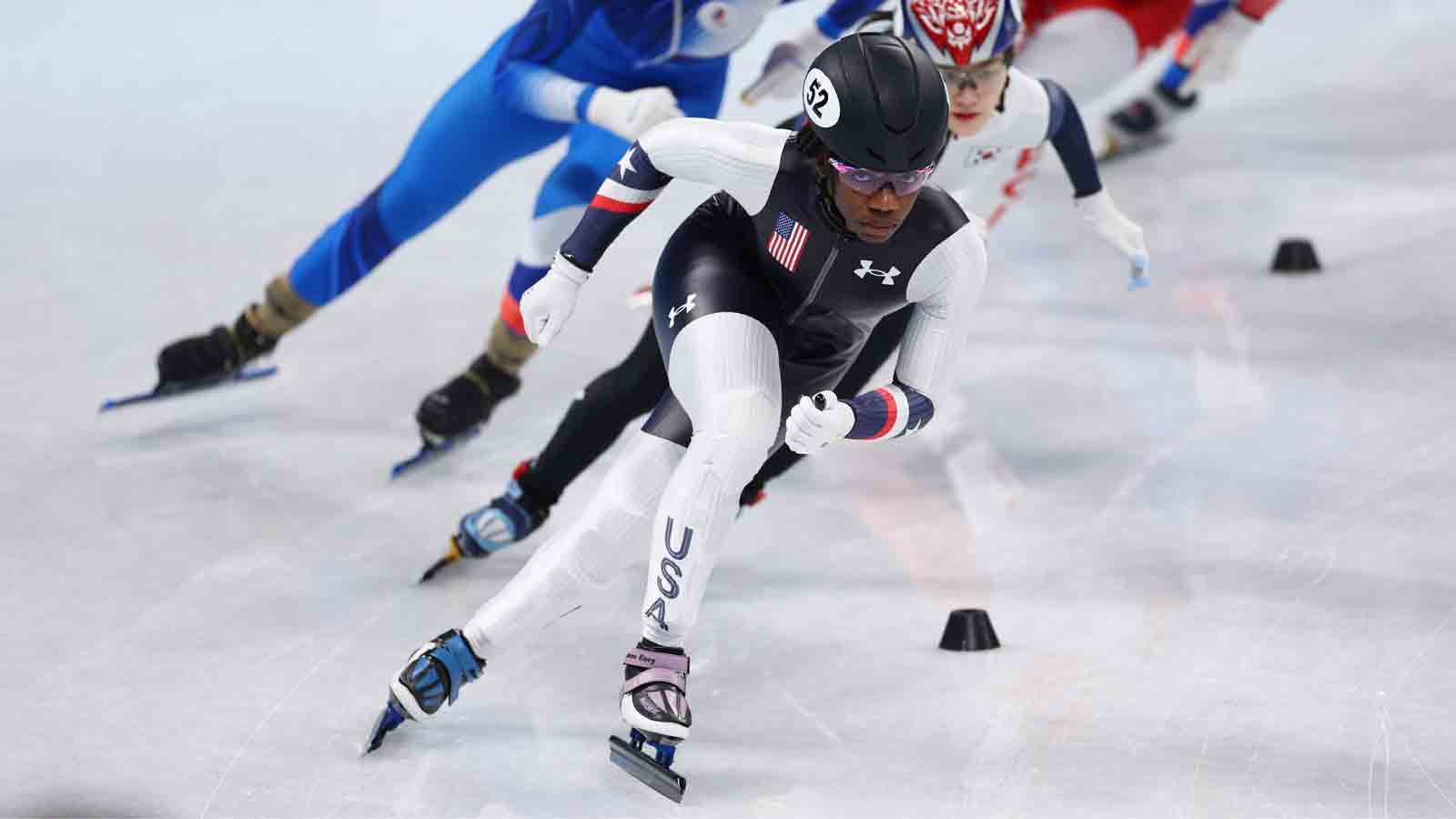 The other three skaters continued on, the podium assured. Suzanne Schulting of the Netherlands, who had set a world and Olympic record in the quarterfinals, won the gold medal with a time of 1:28.391. She edged Minjeong Choi of South Korea (1:28.443) while Hanne Desmet of Belgium took the bronze (1:28.928).

Santos peeled herself off the ice to finish fourth in 1:42.745 while Fontana was assessed a penalty.

Santos had no ill feelings toward the Italian, the defending champion in the event who had already won the 500m in Beijing.

“She is the nicest person in the entire world,” Santos said. “She’s someone that I look up to every single day. She’s such an impressive skater. So no bad blood there at all.”

But she did have a little blood, from a cut on her lower left shin. “Got a small battle wound, but nothing serious,” Santos said.

What nicked her? “Not a clue,” she said. “I have no thoughts when a fall happens, beyond ‘Oh, bad word.’”

And Santos had other words. “It’s unfortunate. It’s definitely heartbreaking and disappointing. But I just kind of have to move forward.”

Although the 1000 is Santos’ best event, she is also a strong contender for the podium in the women’s 1500m on Wednesday.

Corinne Stoddard and Maame Biney, who had just raced in the B final — with Stoddard eighth and Biney 10th — put all of the U.S. hopes on their teammate.

“You pick yourself back up and dust yourself back off and go again for the next race,” said Biney, 22, a two-time Olympian. “The falls are sometimes not as bad as it looks.”

But they are always shocking. Santos had spent much of the nine-lap race in third position to conserve energy in order to make her signature move at the end.

“In my mind I was just thinking, ‘I’m in medal position, I want to get the best medal possible,’” Santos said. “There was some contact, but I did everything I could and I can’t be too upset with myself at the end of the day.”

And she knows that some wipeouts can have even more devastating outcomes. Santos’ hand and wrist were accidentally run over by another skater during a World Cup practice session a month before the 2018 Olympic Trials. She competed in the Trials, but did not qualify, making her even more determined to make it to Beijing.

Prior to the 2022 Trials, Santos explained to NBCSports.com that a skater who gets wiped out by a competitor can in some cases be advanced into the next round. There is no second chance in the final, though.

“They’re not going to give you the gold medal,” Santos said, “because somebody took you out in the last lap.”

And that’s exactly what happened.

The unpredictability of the sport “can be really frustrating and hard to deal with,” Santos said, “and that’s what gives me a lot of anxiety before a race, but at the same time, I think that’s what keeps the sport so exciting.

She said she goes into races with a rough plan, “but literally that’s changing 10 million times throughout the entire race. That’s something that keeps it so exciting. Even though we’re going in a circle for nine laps for that race, it’s different every single time.”

For much of this World Cup season, the only constant was Santos’ position as a contender.

The 27-year-old from Fairfield, Connecticut, won bronze medals in the 1000 and 1500 at this same venue to open the World Cup season, and then captured her first World Cup gold in the 1000m in Nagoya, Japan. That gold was the first by any U.S. short track speed skater in four years, the first individual U.S. win in seven years and the first by an American woman since Lana Gehring won the 1000 and 1500 in February 2012.

“I look up to Kristen in so many ways,” said Stoddard, 20, who is also a first-time Olympian. “She’s like a big sister to me, but also a really big role model as an athlete for me. And I was really sad to see her go down, especially because it wasn’t her fault ad she was just going for that medal. But I know she’s going to do amazing things in the 1500.”

Stoddard will also compete in the 1500, and was encouraged by her result in the 1000.

“It’s crazy; I didn’t expect us to all get top 10,” said Stoddard, who wore a numbing patch on her nose after smashing it in a crash in the 500. “It’s really, really cool. It shows how strong we are and how strong we are going to be in the next Olympics.”

But for now, Santos needs to come to terms with these Games.

“It’s definitely hard,” she said, “For me, I’m someone who I’ll definitely have to give myself the night to be upset. But in the back of my mind, I also have to be proud of myself at the same time and know that while the situation was unfortunate, I know I can podium. I know that I’m here and I can be a medal contender.”

And she’ll have support from Biney and Stoddard.

“I think I have the most supportive teammates in the world,” Santos said. “I know that I could not be more proud of any of their success and I can feel that from them and that’s so important. They know me honestly better than I know myself. When I’m sitting there freaking out before a race, they’ll come over and they know exactly what to say to get me to calm down and it’s really, really helpful.”