The Los Angeles Dodgers have solidified their Opening Day roster and will now travel to Colorado to face the Rockies after completing a three-game Freeway Series with the Angels to conclude spring training.

The Dodgers Opening Day roster will feature 26 players this year, as the reigning World Series Champions seek to become the first team to go back-to-back since the New York Yankees did it in 1998-2000.

Ahead of their Freeway Series with the Angels, Dodgers' manager Dave Roberts said there were just a few last-minute decisions the team was mulling over before announcing their Opening Day roster.

Among them was the fifth and final spot in the starting rotation. Prior to leaving Camelback Ranch in Arizona, Roberts said the final spot was down to former Cy Young Award winner David Price, and sophomore sensations Tony Gonsolin and Dustin May.

Price was scheduled to start in Anaheim on Sunday, but was a late scratch because of a non-COVID related illness. Gonsolin started in his place and May started in the finale on Tuesday at Dodger Stadium.

"Right now Dustin [May] is going to start that fifth game," announced Roberts on Monday. "David [Price] is going to be a leverage reliever with length in the bullpen and Tony Gonsolin is going to fit that same role along with Jimmy Nelson."

May was the Dodgers Opening Day starter for the 2020 season last July 23 after Clayton Kershaw was a last-minute scratch with a back injury.

"I found out the first day we got here," said May of when he was told of the decision. "I was super excited. I feel like I've worked super hard. It definitely wasn't given to me. I went out every day and did what I was supposed to do. It ended up working out for me. I'm super excited to get the season going."

Roberts said the decision to add May to the rotation was tough, and that there were "a lot of variables."

"It's a threading of the needle," said Roberts of the final decision. "They're all major league starters. So to make sure these guys stay built up is important and not only for them, but for the 2021 Dodgers."

The Dodgers routinely use a bevy of starters during the regular season, rotating the starting rotation throughout the year because of injuries and rest. This year, the Dodgers will have eight starting pitchers at the major league level, meaning that there could be plenty of piggybacking opportunities early in the year.

"Still appreciating game situations, hitting for a pitcher, there are going to be times where I expect David or Tony to take an at-bat and take down a couple more innings if the game situation makes sense," said Roberts about the piggybacking possibility. "But yeah, having those guys built up and not just being one-inning relievers is important."

In spring training, Price said that he told the Dodgers he was willing to take on whatever role the team needed him to after they signed reigning NL Cy Young Award winner Trevor Bauer in the offseason.

"I told them, whatever they need me to do, whatever makes the 2021 Dodgers better, I'm all for it," said Price at the time.

Price last pitched out of the bullpen with the Boston Red Sox during Game 3 of the 2018 World Series at Dodger Stadium. Max Muncy hit a walk-off game-winning homer in the 18th inning of that memorable game.

Meanwhile, Gonsolin started both Games 2 and 6 of the 2020 World Series and was named Baseball America's 2020 Rookie of the Year.

The final decision the team was reportedly pondering was the final bullpen spot. Prior to Tuesday, it appeared the final spot in the bullpen was between right-hander Dennis Santana and left-hander Scott Alexander.

On Tuesday, Roberts announced that Alexander had earned the final spot in the bullpen with Santana being optioned to the minor leagues.

"The last spot is going to be Scott Alexander in the pen," said Roberts. "We're going to option Dennis Santana. Very, very difficult decision. We thought Dennis had a great spring and we're really impressed with his progress."

In addition to the active 26-man Opening Day roster, the Dodgers will send a five-player taxi squad to Colorado for the Opening Series. Garrett Cleavinger, Keibert Ruiz, DJ Peters, Santana, and one more unnamed player will be part of the squad.

Relievers Brusdar Graterol and Joe Kelly will start the season on the injured list. 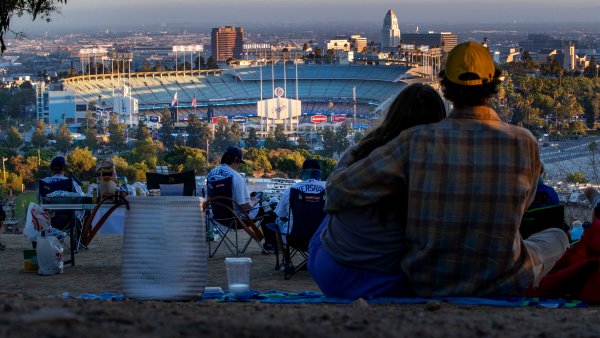 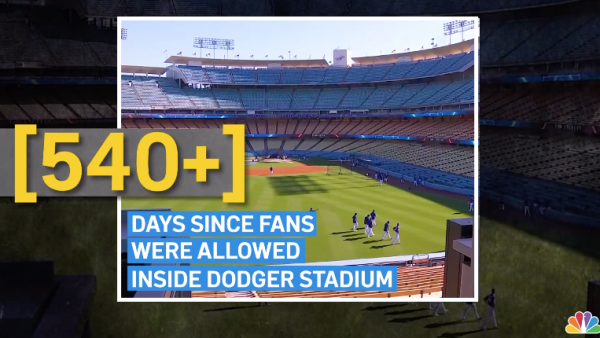 Dodgers Procedures and Guidelines for 2021 Season

Here's a look at the 2021 Dodgers Opening Day Roster: