Right now the Angels are focused on the 2009 season and possibly adding free agents like CC Sabathia or Mark Teixeira to the mix. Of course, signing a big name free agent often causes a team to make changes somewhere else down the line. For instance, a year after giving Gary Matthew Jr. a 5-year $50 million deal, the Angels signed Torii Hunter and now Matthews has been relegated to a fourth outfielder the team is trying to trade.

So if the Angels are going to spend what could end up being another $100 million on Teixeira or Sabathia, that probably means there's somebody else on the team that won't be getting a big payday from the Angels. And it looks like that player could end up being Vladimir Guerrero. Just because the Angels picked up his $15 million option for 2009 doesn't mean they're ready to start negotiating long term.

The Angels have tabled contract negotiations with Vladimir Guerrero, raising the possibility that the star outfielder could leave the team as a free agent next fall.

The Angels exercised their $15-million option last week but opted not to revive discussions about a long-term extension. General Manager Tony Reagins said the Angels based the decision on the results of preliminary negotiations held last winter. 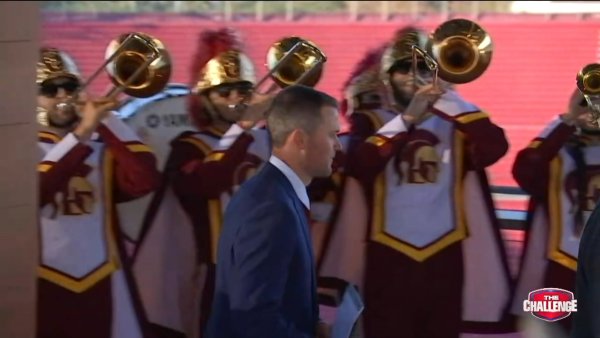 The Challenge 4 hours ago

"I think both sides have to be in a comfortable range as far as what an extension may or may not entail," Reagins said. "We're a ways away."

When Reagins says both sides have to be in a comfortable range I'm pretty sure what he means to say is "let's see how much Mark Teixeira costs first." If the Angels do sign Teixeira they'd be a lot more comfortable letting Vlad walk, though I'm not sure it would be the smartest move (letting Vlad go, not signing Tex).

It seems that the Angels have been looking for a power-hitting first baseman just as long as we've been looking for Bin Laden and letting Vlad go would be a mistake. Yes, he's getting older and he shouldn't be in the field every day, but even in a down year he still hit .303/.365/.521 with 27 homers and 91 RBI. It's basically the same production they can expect from Teixeira should they sign him, and if they let Vlad go after 2009 they'll be right back to where they were before signing Tex.

Except this time they'll be looking for another bat to support Teixeira in the lineup.