Now That Game of Thrones is Over, Tune In to the Real Life Version: The Lakers

What do the Los Angeles Lakers have in common with the popular television show Game of Thrones? A lot more than you might think.

No, we're not talking about the final episode of Game of Thrones, but the ongoing reality sports drama that is the Los Angeles Lakers organization.

When you stop to think about it, even the great George R.R. Martin himself would have trouble writing the story of the Lakers, which ironically parallels the Game of Thrones universe. 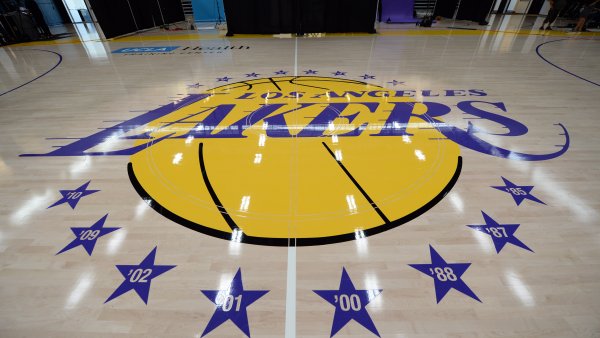 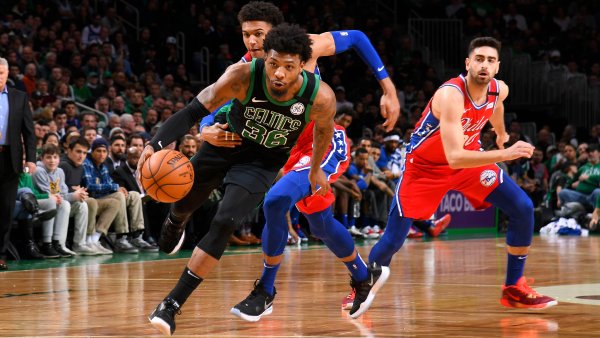 The Lakers story is that of sports family royalty. It begins in February of 2013—just a few years after the last Lakers championship—following the death of Dr. Jerry Buss.

Just as the Game of Thrones narrative followed the journey of the children of Eddard "Ned" Stark, the patriarch of the Stark family, after his beheading in the season finale of Season One, the Lakers saga is about the Buss children, and how they handled the aftermath of their father's passing.

One could argue that Game of Thrones is centered around the Stark children and their character development over the course of seven seasons after their father’s death. Likewise, in the six years since Dr. Buss's passing, the children he endowed the Lakers franchise to, have struggled to run the organization whose legacy makes it one of the greatest in all of sports.

The parallels between the medieval fantasy drama that became a pop culture phenomenon and the Lakers organization are uncanny. Ned Stark had six children (one was his nephew, but was thought to be an illegitimate son for most of the series). Dr. Buss had six children. Both fathers hoped their offspring would carry on the respected family legacy, bloodline, and prestigious heritage.

However, what unfolded instead was family fracturing, in-fighting, betrayal, backstabbing, secrets, and rumor-mongering. Shortly after the death of Dr. Buss, the Lakers were swept in the first round of the NBA Playoffs. They have missed the postseason ever since, in what is currently the longest drought in franchise history, and the third longest in the NBA overall.

The reason for this dry spell is not the long and lengthy rebuilding process that the organization continues to preach, but rather the defect of a dysfunctional dynastic rule that has featured sibling fractures, entitlement politics, and shameless power plays.

The story of the Lakers organization over the last six years is a saga of power, blood, and disloyalty.

Dr. Buss wanted his family to rule the NBA, much like most families in Westeros, including the Starks, Lannisters, Baratheons, and Targaryens. After his death, Buss passed his 66 percent controlling ownership of the Lakers to all six of his children via trust. He wanted each of them to play a role in running the Lakers organization and its subsequent businesses, with each child holding an equal vote in its future.

Dr. Buss's second daughter Janie (55) ran the Lakers foundation and is now a co-trustee. Joey (34) runs the Lakers' G-League affiliate, the South Bay Lakers, and the youngest, Jesse (31), is the assistant general manager.

One of Jim Buss' first decisions as head of basketball operations was to fire head coach Mike Brown after he got off to a 1-4 start to the 2012-13 season. The top candidate for not only star Kobe Bryant, but teammates Pau Gasol and Dwight Howard, was 11-time NBA Champion Phil Jackson.

Jackson, who was engaged to Jeanie Buss at the time, was also interested in the job. However, after meeting with Jackson and promising him he would decide over the weekend, Jim Buss spurned his once future brother-in-law, in favor of Mike D'Antoni.

Needless to say, Jeanie and Jackson were upset by the decision. Fans were irate as well. Jim's choice of head coach ultimately backfired, as D'Antoni went 67-77 in two seasons with the Purple and Gold.

Jackson would eventually take a job as president of basketball operations with the New York Knicks, and his engagement with Jeanie ended. To this day, Jeanie still blames her brother for their breakup.

As the Lakers struggled in the years following Dr. Buss's death, many fans pointed the finger at Jim because he was running basketball operations. Perhaps feeling the heat, he vowed to step down if the Lakers were not championship contenders in the next "three-to-four" years. That was in 2014.

In February of 2017, after getting advice from Kobe Bryant, Jeanie fired her brother Jim and cleaned house. She brought in her "brother from another mother," Magic Johnson to replace him. For the next few months, Johnson sat on the throne of the Lakers kingdom while Jeanie and Jim battled each other in court.

At the time, Johnson seemed like an impeccable choice to run the Lakers. He was arguably the greatest and most lauded NBA legend. He was also a brilliant businessman, and a co-owner of the Los Angeles Dodgers, who had since regained their swagger in the wake of the Frank McCourt era.

However, the Hall-of-Fame player was a novice executive. Rather than surround Johnson with experienced front office personnel, Jeanie paired Magic with Kobe's former agent, Rob Pelinka. Pelinka was yet another person with no experience and business acumen as a basketball executive, and moreover, someone other agents in the league didn't trust.

As sources told NBC LA back in April, there were more problems surrounding this forced partnership than just inexperience. Magic still wanted to be Magic. He had multiple business ventures, he had the Dodgers, he had public appearances, charity organizations, etc. When he took the job he told Jeanie Buss that he wasn't going to give these things up. She wanted him to run the Lakers anyway.

So when Magic showed up at the team's new practice facility in El Segundo on his first day in charge, he let everyone in the building know there was a new sheriff in town. He told longtime employees and executives that things would not be run the way they had been previously. Magic was dead set on changing the team's culture, but he didn't exactly have a plan on how to do it. Then he disappeared for weeks. Needless to say, this rubbed people the wrong way, and didn't exactly go over well with Pelinka, or the younger Buss brothers who came into the office on a daily basis.

Magic's absence around the team became the butt of jokes inside the organization. Pelinka was the instigator, calling Johnson an "absentee executive," to not just associates within the organization, but also to NBA front office executives. According to sources, Pelinka even had a long-running joke with players during practice saying, "Where's Magic?" in an obviously rhetorical manner.

Word got back to Magic himself who felt "backstabbed" and "betrayed" by Pelinka. Johnson felt like Pelinka was trying to steal his job, and as he would later admit, working for the Lakers was no longer "fun anymore."

In the weeks that followed, sources said that the Lakers facility felt more like a high school campus, with different cliques huddled together whispering and spreading secrets. This was not only evident with the personnel, but with the players as well. It finally came to a head when the decision had to be made about the future of coach Luke Walton.

Johnson wanted to fire Walton. Jeanie did not. After a meeting in which Johnson showed Jeanie what Walton did well and what he needed to improve upon, Jeanie wanted to mull it over, after a second meeting, the controlling owner gave him the final decision on the matter.

A day later, there was a third meeting, this time with Lakers Chief Operating Officer Tim Harris in attendance. Harris wanted to keep Walton—who he was close friends with—and made his opinion known in the meeting. That was the straw that broke the camel's back for Johnson. Days later he would abruptly resign as President an hour before the final game of the regular season.

In the weeks that followed, after Walton left on his own terms to take over as head coach of the Sacramento Kings, and Pelinka botched not one, but two, coaching hires, Johnson played the role of Danerys Targaryen and laid waste to Lakers Landing on national television.

In his most raw and honest interview to date, Johnson aired all the Lakers' dirty laundry on ESPN's First Take with hosts Stephen A. Smith, Max Kellerman, and Molly Qerim.

Magic named names, he put everyone's head on the chopping block—except for Lebron James—and then in a twist of hypocrisy said we should all wish for their success.

Johnson blamed former New Orleans Pelicans general manager Dell Demps for leaking the details of the Anthony Davis trade talks in order to sabotage his team, he accused Pelinka of betrayal, and said Queen Jeanie Buss's small council was not-so-small after all.

We all know Linda Rambis is the hand of the Queen, but behind her are Harris, her younger brothers, Kobe Bryant, Kurt Rambis, former fiancé Phil Jackson and many more. With all those advisers in the Queen's ear, it's no wonder the Lakers are in a perpetual state of turmoil.

Ironically, Jeanie Buss could learn a lot from Game of Thrones, we already know thanks to Kobe, that she's a fan of the show. The show may be fiction, but it still features plenty of lessons the Lakers can learn from.

As the Lakers enter into their seventh season without Dr. Buss at the helm, they will be joined by newest cast members Frank Vogel and Jason Kidd, with the former ready to take on the role of Littlefinger.

Game of Thrones might be over, but the Lakers are still must-see TV as this high-drama reality show enters into a critical offseason this summer. Let's just hope this story ends without a petition to rewrite the season ahead.