A baseball bat used by Brooklyn Dodgers great Jackie Robinson during the 1949 MLB All-Star Game sold for a record $1.08 million dollars at an auction Saturday.

A baseball bat used by Brooklyn Dodgers great Jackie Robinson during the 1949 MLB All-Star Game sold for a record $1.08 million dollars at an auction Saturday.

Hunt Auctions announced that they had purchased the sports memorabilia item on behalf of a private client for the new record price for any Jackie Robinson bat.

“We are elated to have been able to purchase the 1949 Robinson All-Star bat on behalf of our client. The direct provenance from Rachel Robinson and the added historical significance of the 1949 All-Star Game being played in Brooklyn place this example at the pinnacle of Jackie game bats,” said Hunt Auctions President David Hunt in a written statement.

“For years we have witnessed pricing increase for items related to Robinson’s iconic career and see more room for growth as his legacy is becoming, appropriately so, more significant to each generation of fans. We are thrilled to have been involved in such an important transaction for this historic artifact on behalf of our client.”

The 1949 All-Star Game was the only midsummer classic ever held in Brooklyn. Playing inside his home ballpark, Robinson hit a double and scored three runs for the National League in game they would eventually lose to the American League 11-7.

The 1949 All-Star Game was the first event that African American players selected and eligible to participate.

Robinson would go on to win the NL MVP and lead the Dodgers to the World Series, where they lost to the New York Yankees in five games.

The 1949 All-Star Game was the first of seven All-Star appearances for the Hall of Famer, and he reportedly took the bat from that game home with him as a personal keepsake. That's where it remained for the last 73 years until it went up for sale with Goldin Auctions.

“The bat has been in the Robinson family archives since the day it was first used by Jackie and I guarantee that is 100% authentic," said Jackie's widow Rachel Robinson in a letter she wrote for the auction.

According to Goldin Auctions, the bat sold was a Hillerich & Bradsby brand S100 model. It was one of two bats made for Robinson to use in the 1949 All-Star Game. The auction description says "it displays light game use and is uncracked."

Despite setting a record for a Jackie Robinson game-used baseball bat, it falls short of the all-time record for a bat sold at an auction.

The highest price ever paid for a baseball bat goes to a private east coast collector that paid $1.26 Million in 2004 for a Babe Ruth bat used to hit his first career home run at Yankee Stadium on May 6, 1915 against the Boston Red Sox.

The record price for any piece of baseball memorabilia in history also belongs to Babe Ruth. In 2019, a game-worn New York Yankees road jersey sold for $5.64 million.

The record for any Jackie Robinson memorabilia was a game-worn jersey sold by Hunt Auctions in 2020 for $4.2 million.

Robinson was the first player to break the Major League Baseball color barrier on April 15, 1947. Then 27 years old, Robinson walked out of his Manhattan hotel and boarded a train to Ebbets Field where he would become the first African American player to suit up for a an MLB team.

Robinson first signed with the Brooklyn Dodgers in 1946, and played for the team's minor league affiliate the Montreal Royals. He was named the Most Valuable Player of the International League later that year.

More than 26,500 fans attended Robinson's Dodgers debut on that groundbreaking day on April 15, 1947. First pitch was thrown at 2:25PM EST against the Boston Braves. Robinson would finish 0-for-3 with a run scored in the Dodgers 5-3 victory. The game would turn out to be a pivotal moment for the Civil Rights movement in the United States. 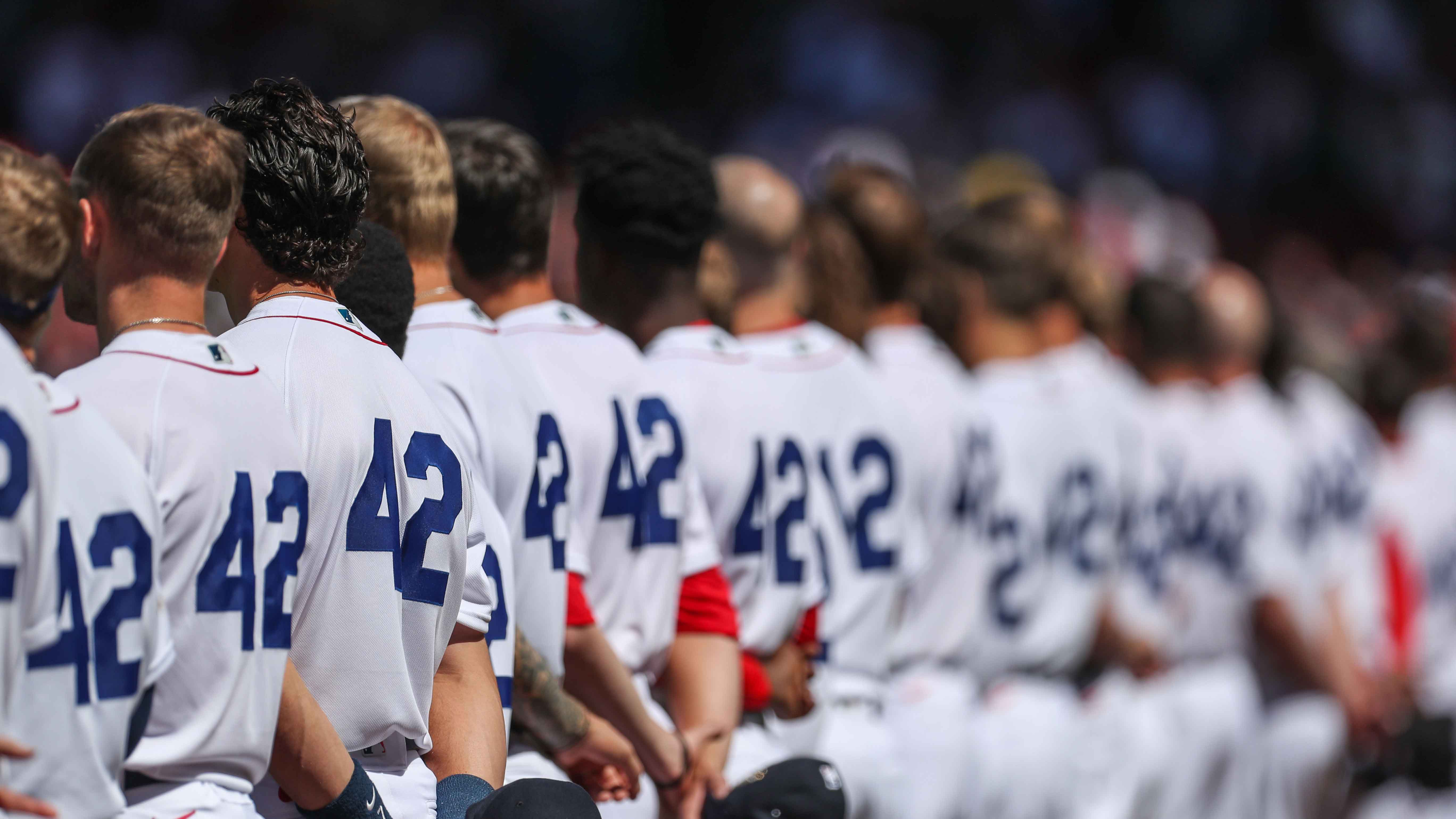 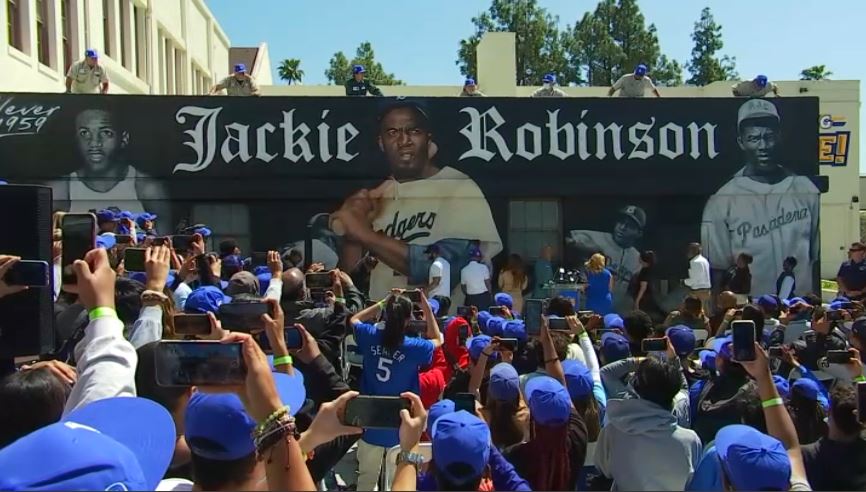