The memorial for nine victims killed in a Jan. 26 helicopter crash is scheduled for Feb. 24

The Los Angeles Lakers have announced details about tickets for a memorial at Staples Center in honor of Kobe Bryant, his daughter Gianna and seven others killed in a helicopter crash.

Registered fans can expect an email Tuesday with an access code that will allow them to be part of the public sale, according to the statement.

At 10 a.m. Wednesday, tickets will be released for public sale, but only to those who registered.

The memorial will not be shown on video screens outside Staples Center, the Lakers' statement said. Staples Center became a gathering place for mourning fans in the hours and days after the helicopter tragedy. Fans left flowers, jerseys, shoes and other items outside the arena, known as the House The Kobe Built.

Proceeds from ticket sales will be donated to the Mamba and Mambacita Sports Foundation.

Bryant, 13-year-old daughter Gianna and a group traveling to the Mamda Sports Academy for a girls basketball tournament were killed Jan. 26 when the helicopter in which they were traveling crashed in the hills above Calabasas. Bryant and Gianna, a talented basketball player who was sometimes seen seated next to her father at Lakers games, were honored at a private memorial Friday at Pacific View Memorial Park. 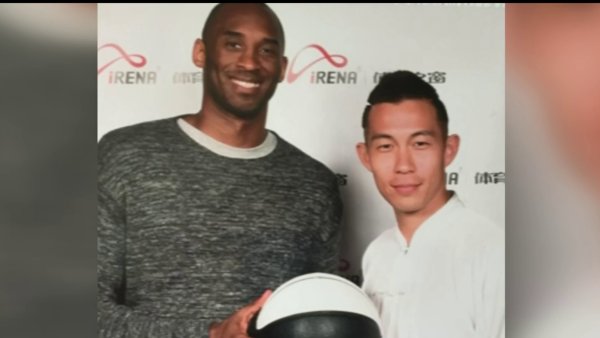 The helicopter that crashed while carrying Bryant, his daughter, and seven others showed no signs of engine failure before the crash in foggy conditions, according to a preliminary report from NTSB. All on board were killed, including Kobe and Gianna Bryant, Christina Mauser, Sarah and Payton Chester, John, Kerry, and Alyssa Altobelli, and pilot Ara Zobayan.

The Watts community gathered around the 1,800 square-foot tribute, dedicated to Kobe Bryant and the others killed in the helicopter crash. Ted Chen reports for the NBC4 News at 4 p.m. on Thursday, Feb. 13, 2020.

Payton was a member of her middle school basketball team and dreamed of playing in the WNBA.

On Monday, several thousand people gathered at Angel Stadium to remember the Altobelli family. John Altobelli was a long-time baseball coach and Orange Coast College. Daughter Alyssa was Gianna's teammate and hoped to play for Oregon.