Erik Haula scored the game-winning goal in the second overtime to give the Las Vegas Golden Knights a 2-1 win against the Los Angeles Kings in Game 2 of the Western Conference First Round at T-Mobile Arena on Friday night.

What happens in Vegas stays on the scoreboard.

Erik Haula scored the game-winning goal in the second overtime to give the Las Vegas Golden Knights a 2-1 win against the Los Angeles Kings in Game 2 of the Western Conference First Round at T-Mobile Arena on Friday night.

Haula received a beautiful pass from James Neal as the Golden Knights were on the rush in the waning minutes of the second sudden death overtime period. The Knights had been on the attack all period long before they finally broke through with 4:37 left.

ERIK HAULA IN OVERTIME! VEGAS HAS DONE IT! WHAT A GAME, WHAT A FINISH!#VegasBorn 2 - 1 #GoKingsGo 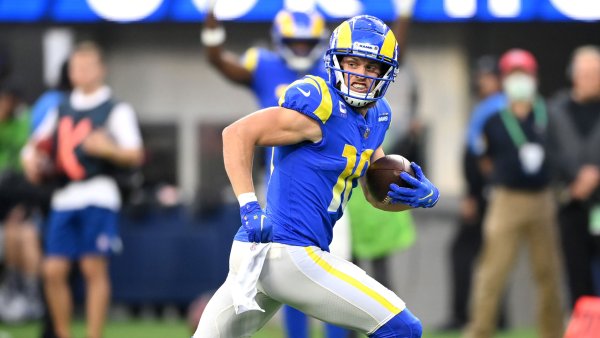 Alex Tuch scored the first goal of the game in the final seconds of a power play in the first period. Tuch received some good luck on Friday the 13th as the puck bounced off the boards and right to his stick in front of the open net.

Tach's goal was the first power play foal for the Golden Knights against the Kings this season (including the playoffs) as Vegas is 1-for-20 against L.A. all-time on the power play.

Kings rookie Paul LaDue tied the game 1-1 with a power-play goal at 15:55 into the second period. It was the 25-year-old's first playoff goal and just the fourth goal of his career.

LaDue's goal was the first and only goal for the Kings so far in the 2018 postseason.

Both goalies were sensational again, as Marc-Andre Fleury stopped 29 shots in the win for Vegas, but nobody was more outstanding than Kings' goalie Jonathan Quick who made 54 saves in the loss.

The Kings were outshot 56-to-30 in the contest.

The Los Angeles Kings were not only shorthanded against four Vegas power plays, but they were shorthanded on the ice as well as they were without their best defenseman in Drew Doughty.

Doughty, a likely finalist for the Norris Trophy, was suspended for Game 2 for a hit on Golden Knights' William Carrier.

The Friday the 13th affair was the longest game in Los Angeles Kings franchise history.

Game 3 of the Western Conference First Round moves to Staples Center on Sunday night as the Los Angeles Kings look to get back into the series with the Golden Knights. Puck drop is scheduled for 7:30PM PST.