Bad things happen when you start believing your own hype in a playoff race.

The New Jersey Devils got Martin Brodeur back, he pitched a few shutouts, the media declared them Eastern Conference favorites and they started skating with the precision and fortitude of an inebriated Will Ferrell in a "Blades of Glory" audition.

The St. Louis Blues became at least the 14th glamour-pick underdog in the Western Conference this season, inched into the eight seed for about 24 hours, tumbled out of it and then looked just putrid in defeat last night. Their sin went beyond believing their own hype: They bought into the negative hype surrounding the Chicago Blackhawks as a tired, disheveled team that they had previously gone 4-0-1 against this season.

Yeah, not so much.

So with big losses by the Devils, the Blues and the Buffalo Sabres, who settling for the charity point in an overtime loss to the Atlanta Thrashers, what do the playoff "tragic numbers" (the amount of points gained by the eight seed and/or lost by a team chasing it) and probabilities look like this morning? Glad you asked.

First, in today's edition of Stop The Season Because The Playoff Seedings Are Pretty Awesome, the East would have the Boston Bruins against the Montreal Canadiens; the Washington Capitals against the New York Rangers (Sean Avery and Colton Orr against Alexanders Ovechkin and Semin? Hoo-boy); the Devils losing to the Carolina Hurricanes facing the Carolina Hurricanes; and the Philadelphia Flyers and Pittsburgh Penguins beating the crap out of each other for what the rest of the free world hopes is seven games.

In the West ... well, the only quibble would come from those who don't find Nashville Predators playoff hockey worthy of their attention. 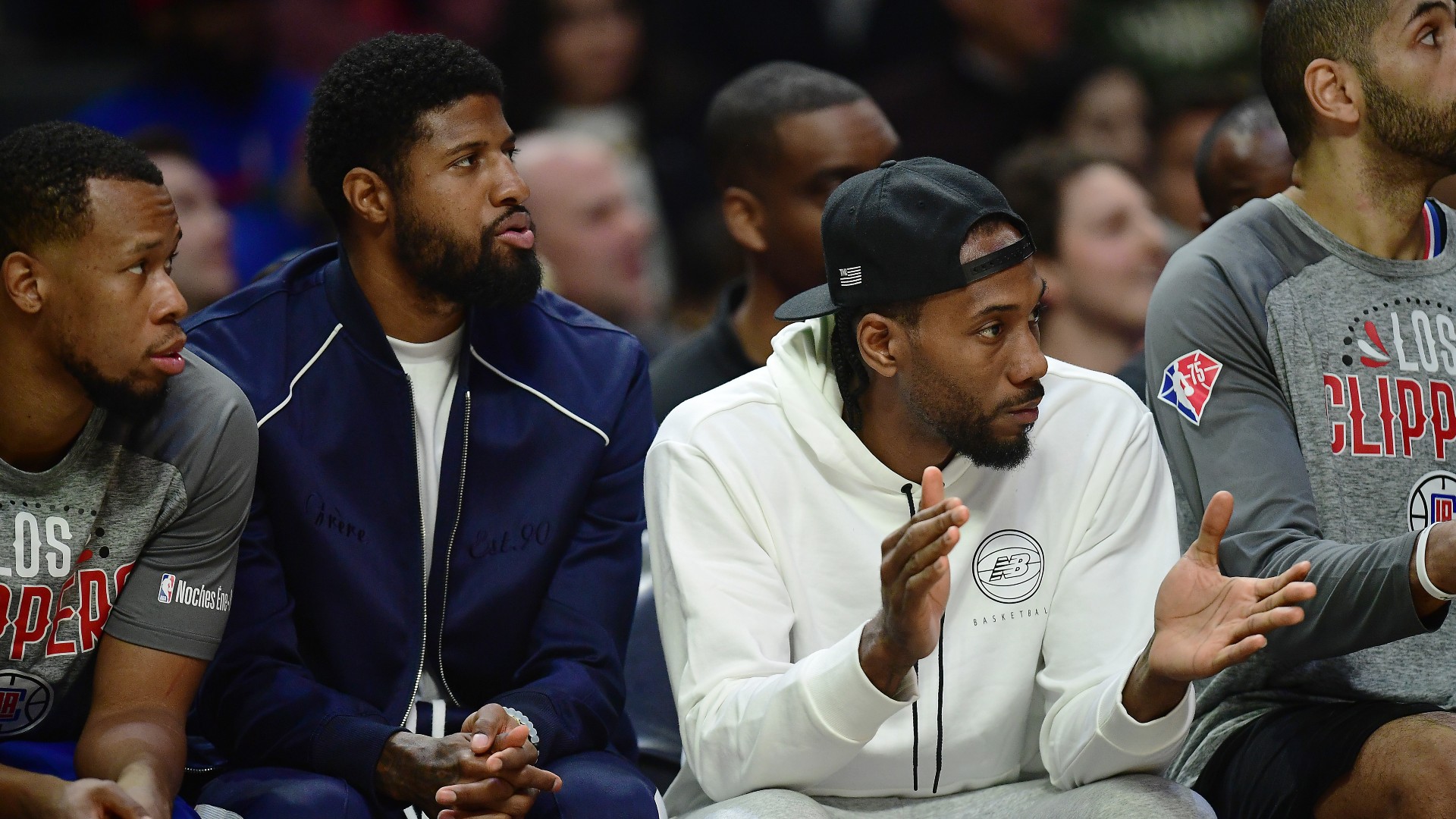 What are the Clippers' Biggest Offseason Needs? 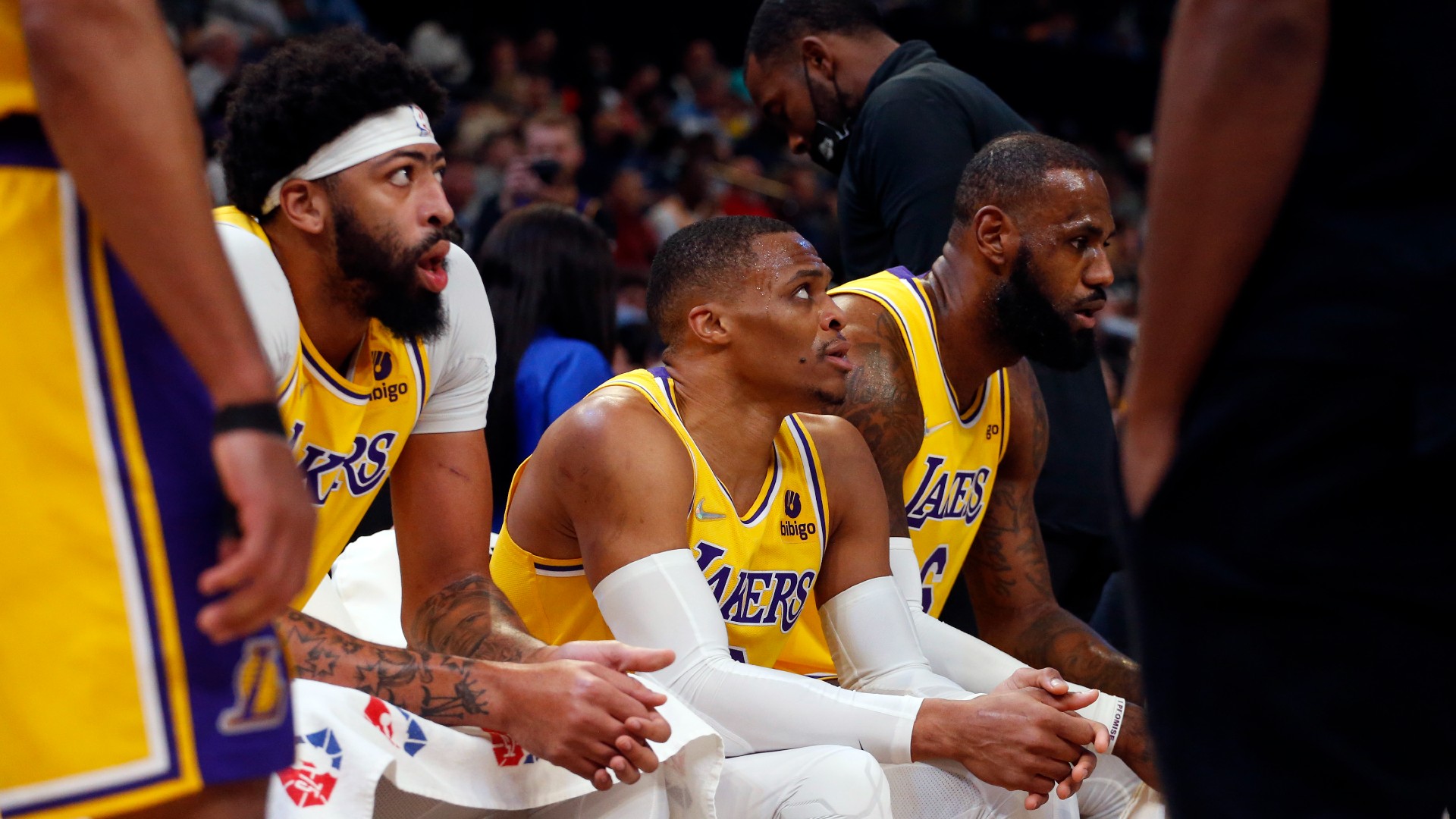 What is the Lakers' Biggest Offseason Priority?

The Preds and San Jose Sharks is the only series that doesn't leap off the page for its potential greatness: The Detroit Red Wings facing the cagey veterans of the Anaheim Ducks; the high-flying Vancouver Canucks against the Hitchcockian defense (and playoff virgin enthusiasm) of the Columbus Blue Jackets; and the Chicago Blackhawks and Calgary Flames playing what could easily become a nasty physical series.

The following Western Conference playoff picture is painted by the invaluable resources from Sports Club Stats, which offers percentage probabilities for teams, and NHL Playoff Race, which provides the "tragic numbers" for teams.

We believe in your magic, LA Kings!

According to Sports Club Stats, the Blues' loss last night wasn't completely devastating. Their percentage chance of making the playoffs dropped 12 percent down to 49.2 percent, but that's still extraordinarily better than Minnesota (16.6) and Edmonton (11.1).

With games against Dallas, Phoenix and Colorado on the schedule in the final five, Los Azuls appear poised to be in this until the end. (Although it should be said that the Wild do have a four-point game against Nashville left, while the Blues do not.) But that would assume that St. Louis won't fall into the same kind of unforgivable brain-fart that laid against the Hawks last night in a must-win game.

For a city that hasn't seen a playoff game since 2002, home ice for Chicago could be epic.

The Sabres' overall percentage chance of making the postseason dropped to 7.3 percent with their OT loss. But there's still a chance ... if you ignore how unbelievably brutal Buffalo's schedule is down the stretch. Detroit? For real?

The Panthers still have a 42.5 percent chance of making the postseason with five games left, and there's a 99 percent chance no one thought that crap was possible back in October. (It's not 100 percent, because we're sure Nathan Horton is a pretty positive guy.) Just to show how unstable the East remains, Florida also still has a one percent chance of finishing fifth ...

And Los Diablos? The second seed appears to have slipped away, barring a Capitals slump and Devils miracle. But even with the 6-1 loss to Pittsburgh last night, the Devils are still a 75 percent favorite to win the Atlantic Division, and there's only a three percent chance they'll be the No. 4 seed.

Sleep well, Marty Brodeur. Or just, you know, get some sleep, well or otherwise.