Here’s the latest news on the Rams vs. Bengals Super Bowl 2022 showdown. Get our coverage on how to watch, commercials, the halftime show, injuries and more.
NFL

So on March 21, 1946, Kenny Washington broke the color barrier, the first black player in the NFL.

To this day, Karin Washington-Cohen thinks about the frustration her dad endured: Standout tailback at UCLA, rated "number one threat" in a poll conducted among other college players when he graduated All American in 1939.

"It didn't do him any good because he could not play for the NFL," she said.

He wasn't the only one. 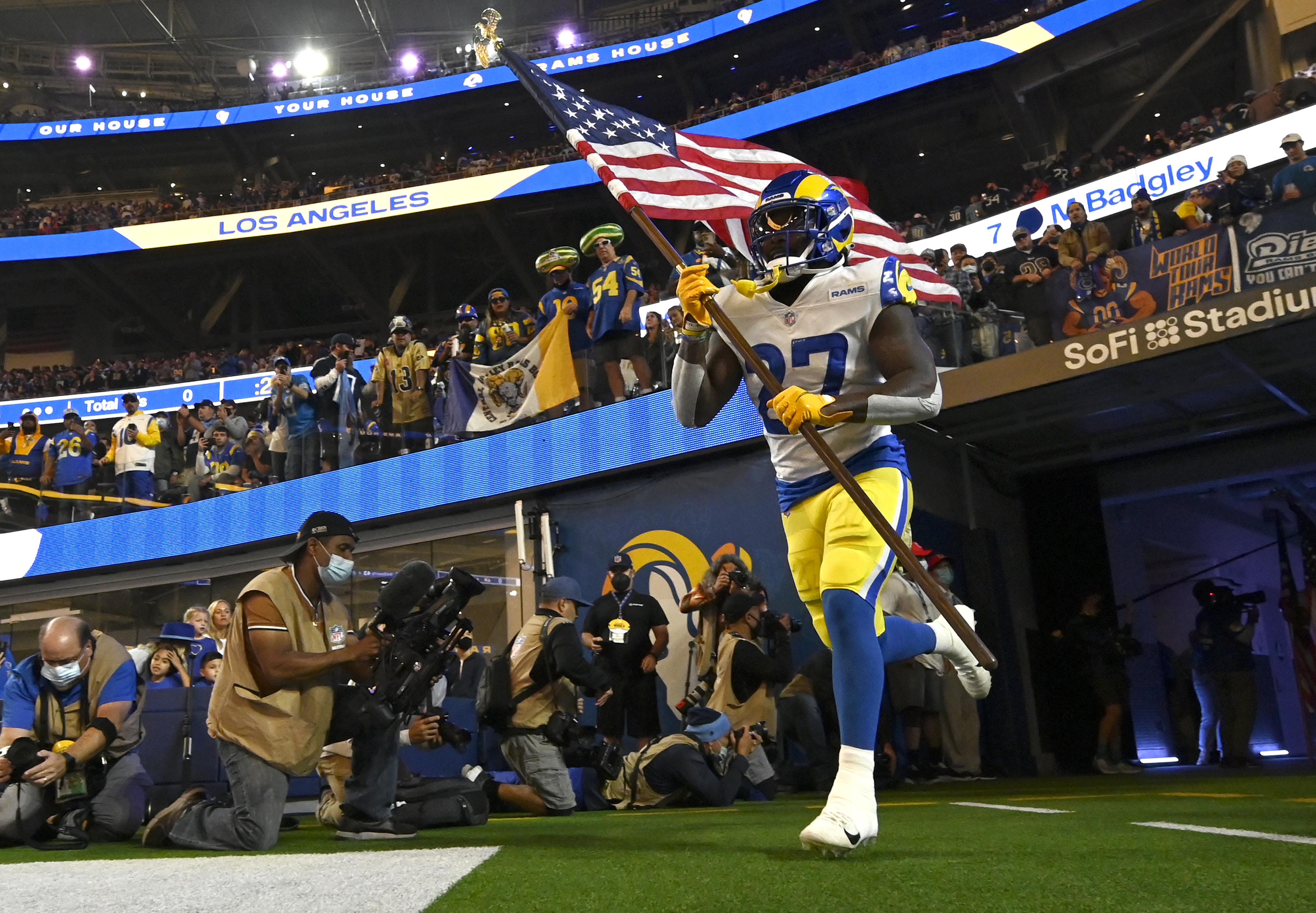 The NFL was all-white at the time. And all the athletic prowess in the world wasn't enough to get him in the door.

From her home in California City, Karin said that's just the way the world was back then.

"He wasn't really big on complaining, which I find amazing, considering the position he was in," she said.

Then, the Cleveland Rams moved to Los Angeles.

The team wanted to play at the publicly-owned Los Angeles Memorial Coliseum, but a public-pressure campaign insisted they become racially integrated. After all, Black taxpayers had financed the stadium, along with their white counterparts.

So on March 21, 1946, Kenny Washington broke the color barrier, the first black player in the NFL.

"By the time they did get him, he was 28 years old," his daughter said.

She says the unfortunate part about her dad's story is that we'll never know how great he could have been, if he'd been recruited, young and fresh, right out of UCLA.

But, like him, she's not one to dwell on the past.

She just wants the world to know what he did, to place him up there with other African American pioneers, like Jackie Robinson and Jesse Owens.

A team spokesman admitted that, even as a UCLA graduate, he was not aware of Washington's incredible accomplishment.

But he's helping the team change that as it approaches Super Bowl glory in a league where nearly 60% of players are black.

"He paved the way for so many individuals that we see playing today," said Johnathan Franklin, the LA Rams director of social justice and football development.

They've even partnered with organizations like the Kenny Washington Stadium Foundation to build facilities in his name and fund scholarships for student athletes.

If he were alive today, her father would be humbled by all the attention.