The majestic horses that seem to almost float, are the stars and Eduardo García and José Alaniz, who live in San Diego, are the stylists in charge of making those stars shine.

For the first time in 73 years, the United States team won a silver medal in an equine competition called dressage, and behind the scenes, two SoCal men are part of the team that traveled to Tokyo.

Grace, precision and elegance in dressage is of the utmost importance. The majestic horses that seem to almost float, are the stars and Eduardo García and José Alaniz, who live in San Diego, are the stylists in charge of making those stars shine.

They are in charge of grooming the horses to make them look as elegant as possible.

"Our job is to bathe them, take care of their tail with conditioning shampoo, brush them with all the products needed to dry their hair and make it shiny, spray them... all the essentials. More than anything, we make sure to be kind to the animals," Eduardo García, one of the horse stylists, said. 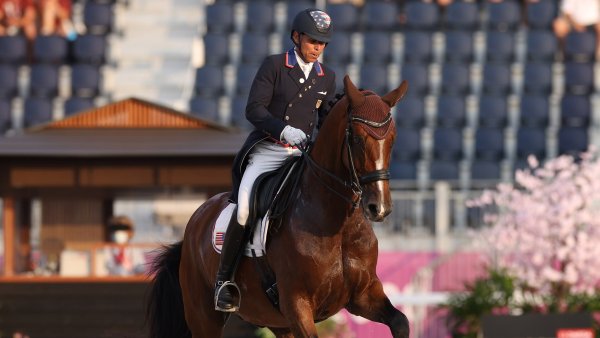 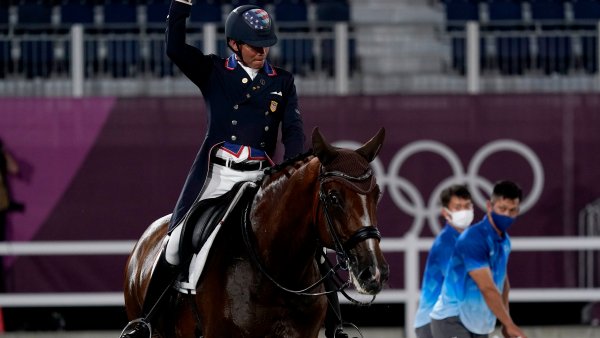 García is from the state of Querétaro in central Mexico, and the Tokyo Olympics are the third Olympics he has been able to participate in.

"For me, it's like a dream, an achievement that I get to cross out in life," he said.

Alaniz, on the other hand, is attending the Olympics for the first time.

"It's two months away from home and with family back home, it's hard... it's difficult... but it's part of the game," he said.

Both of the groomers carry that affection for animals in their blood, as they grew up in stables surrounded by horses back in Mexico.

Alaniz is in charge of “Don Jon” and Eduardo takes care of “Suppenkasper.”

During the Grand Prix of the Olympic competition on July 27, the American team, of which García and Alaniz are part of, won the silver medal for their best participation since 1948.

Duke, the LAPD horse, retires after seven years serving admirably with the department.

They say they are in awe of the victory and happy with their performance behind the scenes.

"We're happy, so happy to be part of this team," said Alaniz.

“Both the riders and the groomers, I think [we] did a good job to achieve that success, winning the silver medal,” Garcia said.

At the next Olympics, when you watch the dressage competition, remember who is pampering the stars.

“The next Olympics are going to be in Paris, I think, and I'm going to be present there of course. That is the goal," García said. "We will gladly be here representing the United States and Latinos at the Olympics."