4 to Watch: April Ross and Alix Klineman Have a Shot at Beach Volleyball Gold

The A-Team from Costa Mesa and Manhattan Beach is undefeated at the Tokyo Olympics.

Beach volleyball's A-Team has earned an A+ so far in Tokyo.

April Ross and Alix Klineman secured the opportunity to play for the gold medal after winning against Switzerland in a semifinal Wednesday, going 21-12 in the first set and winning 21-11 in the second.

The pair rolled through the preliminary rounds with a record of 3-0 before defeating Cuba and Germany in elimination play.

The SoCal pair is making its first Olympic appearance together.

The U.S. women's water polo team also secured a chance at gold with a semifinal win. In karate, Sakura Kokumai became the first member of Team USA to compete in the new Olympic sport.

Scroll down for live video links and four storylines to watch on Day 13 of the Tokyo Olympics.

The A-Team Needs One Last Win for the Gold

In their first Olympic appearance together, April Ross and Alix Klineman have steamrolled into the finals with an unblemished record.

They earned a shot at gold Wednesday, with a win over the experienced team of Anouk Vergé-Dépre and Joana Heidrich from Switzerland. The semifinal match ended with the A-Team going 21-12 in the first set and winning 21-11 in the second.

Ross, of Costa Mesa, and Klineman, of Manhattan Beach, defeated Germany 21-19, 21-19 in the quarterfinal. 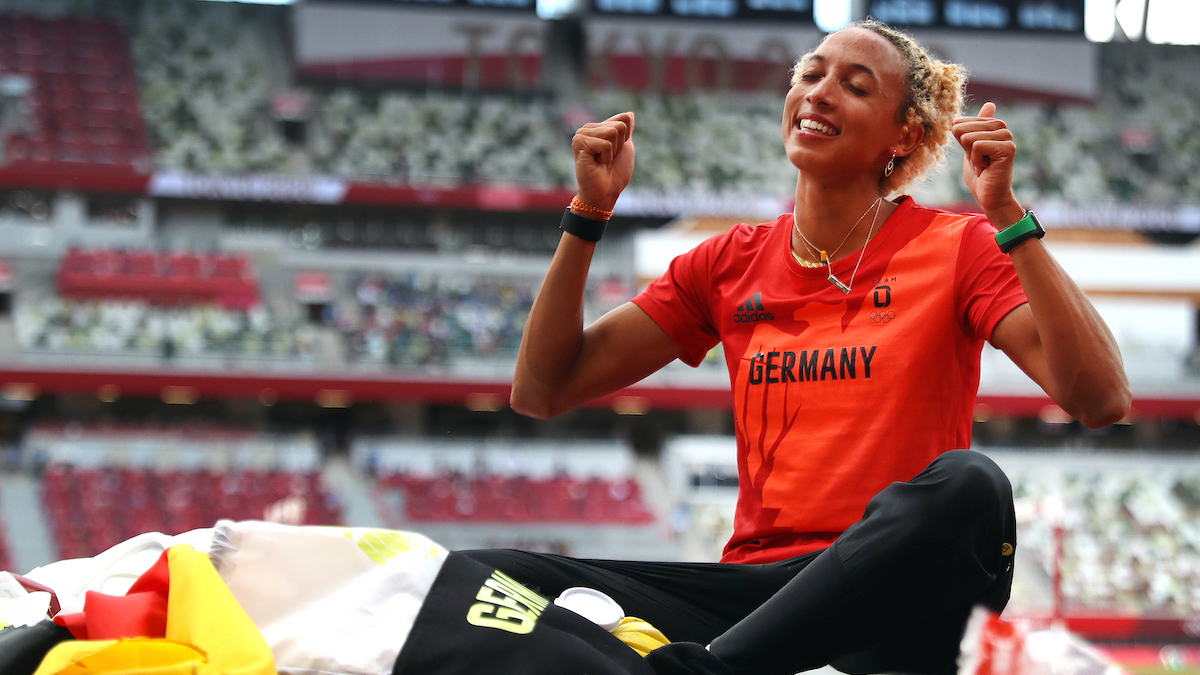 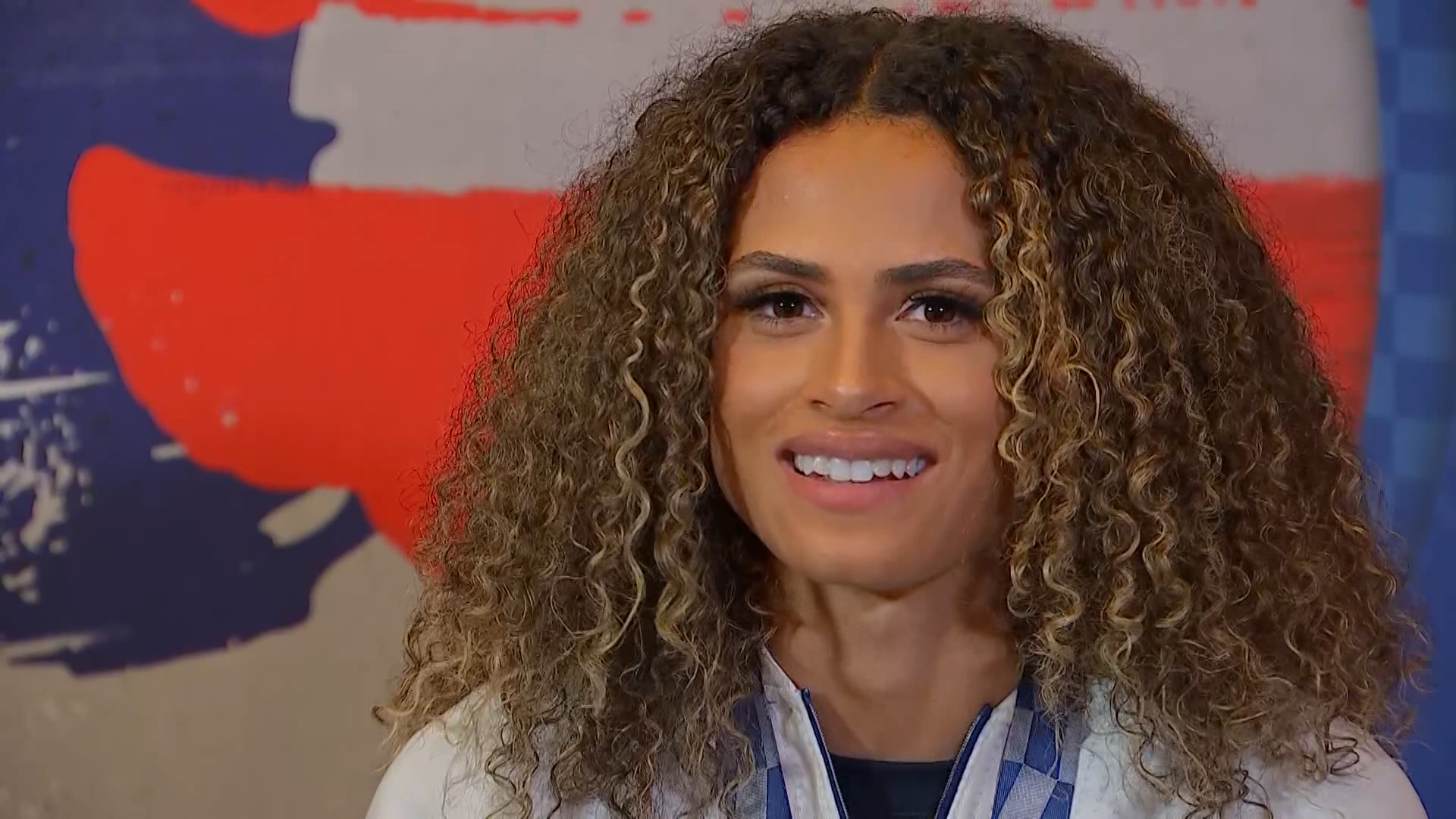 Nothing Stresses Sydney McLaughlin Out More Than Bad Grammar

If Team USA wants to win its fourth straight Olympic basketball gold medal, they will need to go through Australia and then either Luka Doncic and Slovenia or Rudy Gobert and France.

Team USA is now just one win away from a men’s basketball gold medal, after passing the test against Australia in a semifinal contest at 9:05 p.m. PT on Wednesday.

With a final score of 97-78 against Australia, the U.S. men's team has a chance at its fourth straight Olympic gold.

After a worrying opening loss to France, the U.S. men have strung together three straight wins over Iran, the Czech Republic and Spain. Kevin Durant, Damian Lillard and Jayson Tatum are among the standouts for the U.S. through four games, with Durant scoring a team-high 29 points in a quarterfinal win over Spain on Tuesday.

The winner of Team USA will play France, the winner of the Slovenia-France game, for the gold medal on Friday, Aug. 6. Slovenia and Australia will play for bronze on Saturday, Aug. 7.

Sakura Kokumai is the first USA Karate athlete in Olympic history. As a Japanese-American, she takes great pride in representing the United States at the Tokyo Olympics, but she’s also been the victim of discrimination near her home in Orange. In this Life Connected Olympic Edition feature, Kathy Vara shares how Sakura continues to move forward on her unique journey to Tokyo.

Sakura Kokumai became the first American to compete in karate when the sport made its debut at the Olympics.

After making it through the elimination round to qualify, Kokumai lost to Italy's bronze-medal-winning Viviana Bottaro during Bronze Medal Bout 2.

28-year-old Kokumai, who lives in Southern California, first took up karate at age 7 when here family was living in Hawaii. She lived in both Hawaii and Japan growing up and won her first world championships medal in 2012.

“Karate has been a part of my life for a long time now,” she told TeamUSA.org in September. “It may be new to the Olympics, but there are so many karate practitioners around the world, and I think that people who practice karate have a relationship with the sport that’s very personal. I’m hoping the Olympics will allow people to see what we do and why we do what we do.”

The seven-time national champion at the senior level was the lone American among 40 athletes competing in karate in Tokyo.

The U.S. women’s water polo team advanced on to the semifinals following a decisive 16-5 win over Canada.

The U.S. women’s water polo team faced the Russian Olympic Committee in a battle of Group B foes during a semifinal matchup at 11:30 p.m. PT on Wednesday, and emerged victorious.

A late surge gave the US a 15-11 victory, when Aria Fischer scored a goal in the last five minutes that pushed Team USA ahead with a score of 12-11. Alys Williams and Madeline Musselman then extended the lead by three points.

Team USA, winners of two straight Olympic gold medals, suffered a rare loss in group play against Hungary. Aside from that loss, the Americans have posted three double-digit wins along with a five-point win. One of those double-digit victories came against ROC in the final game of round-robin play, with the U.S. coming out on top 18-5.

Maggie Steffens has led a high-powered U.S. attack in Tokyo. Steffens and Stephania Haralabidis both scored four points in the win over ROC, while five Americans scored multiple goals in a 16-5 quarterfinal win over Canada. Meanwhile, Ashleigh Johnson has also been a stalwart in net for Team USA.

Team USA will battle Spain, the winner of the Spain-Hungary semifinal, for a gold medal on Saturday.