TOKYO - Triple jumper Yulimar Rojas' bid to become the first woman Olympic gold medallist from Venezuela got off to a strong start on Friday with the double world champion soaring past the qualifying mark for the final with her first attempt.

Venezuela has won two gold medals to date at the multisport showpiece -- in men's boxing in 1968 and men's fencing in 2012.

The 25-year-old Rojas finished second behind Colombia's Caterine Ibarguen at the Rio de Janeiro Games five years back but has since established herself as the leading athlete heading into the Tokyo Games.

She won the two previous editions of both the world outdoor and indoor titles and is the only woman in the world to breach the 15 metres mark this year.

Paralympics Open in Tokyo's National Stadium With Acrobats, Fireworks and Parade of Athletes

The qualifying mark for Sunday's final was set at 14.40m and Rojas easily went past that with a leap of 14.77.

She said her chance of breaking Ukrainian Inessa Kravets' 1995 world record mark of 15.50 in Tokyo was a "real possibility".

"It is something that I desire with all my heart, but my focus is on the Olympic medal," Rojas said.

"I came here to do the best I can and I am hoping that everything will go well on Sunday, that there will be good results and it will be a real spectacle."

Jamaican Shanieka Ricketts, who won world championship silver in 2019, also went through with her first attempt of 14.43. Ibarguen's jump of 14.37 was also enough.

Raven Saunders was third overall with 19.22.

Adams, who bagged Olympic gold in 2008 and 2012 and a silver in Rio five years ago, and owns four world indoor and outdoor titles, will hope to challenge the Chinese for a medal after making it through to the final. 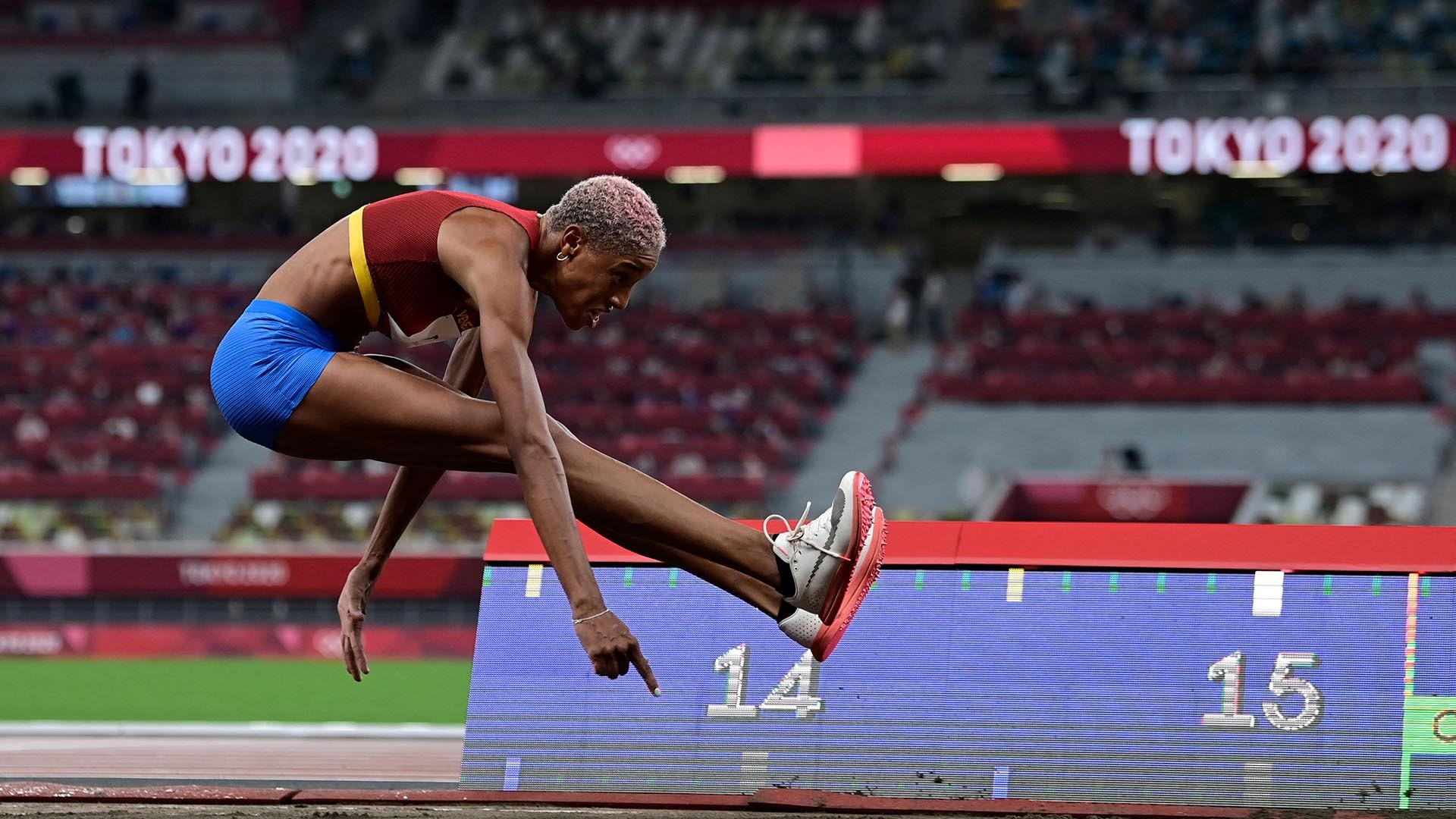