The NBA on Tuesday handed down a decision banning Clippers owner Donald Sterling for life from any association with the team for his racist remarks.

The Twitterverse lit up in the wake of the news. Check out what celebrities and athletes around the Internet are saying: 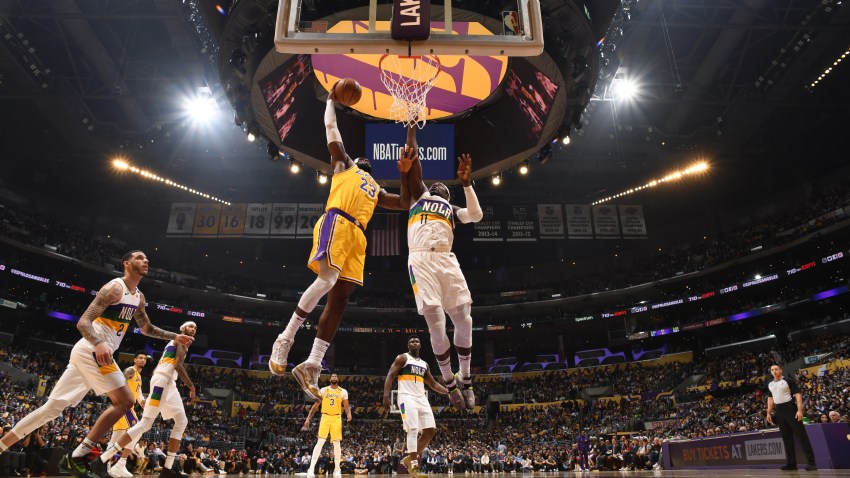 There is no amount of money that excludes you from treating other people with respect. Thank you, Adam Silver. — Ellen DeGeneres (@TheEllenShow) April 29, 2014

I am now declaring my intent to buy the Clippers. The uniforms will be the same but bedazzled. @blakegriffin32 — Mindy Kaling (@mindykaling) April 29, 2014

Commissioner of the @NBA just showed us how he drops the hammer on ignorance. #lifetimeban for Donald Sterling. The ultimate #gonefishing — Jason Collins (@jasoncollins34) April 29, 2014

It would be amazing — absolutely amazing — if this ended with Magic Johnson buying the Clippers: http://t.co/VQobJI1Icf — Ezra Klein (@ezraklein) April 29, 2014