A man with a knife was shot and killed by police Friday in the parking lot of a Torrance shopping mall.

Officers responded shortly before  9 a.m. to a report of a disturbed man with a knife near a Planet Fitness gym in the mall at the southeast corner of Hawthorne and Del Amo boulevards.

Witnesses said the man appeared to be upset and was acting irrationally, staking out an area in the middle of the parking lot, depositing two storage packs and a glass case on the ground, and threatening anyone who came near or passed by. At one point, he was seen taking a small snake out of the case, and releasing it.

The encounter with arriving officers was recorded by at least two cellphone cameras, which showed the officers telling the man to drop the knife. Police said he did not cooperate. 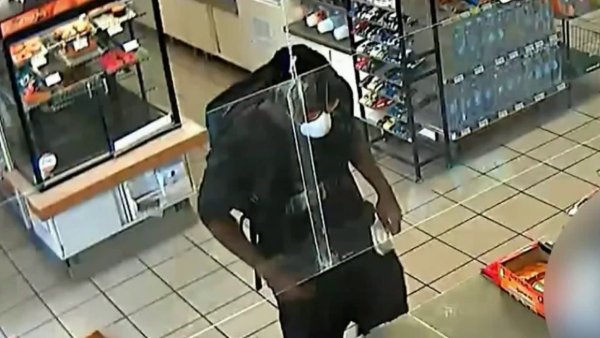 Most of the time the man was seated on the ground leaning back against his arms with legs stretched out front facing the officers.

Officers attempted to de-escalate the situation, said Torrance Sgt. Ronald Harris, but when the man would not surrender the knife, they deployed less than lethal force.

The man did not appear to be struck by the first round that was heard on the video. Afterwards, he was seen making a chopping or slashing motion with his arm, and as he rose up on a knee, a bean bag round appeared to strike him on the shoulder as officers yelled at him to stay down.

The video shows that instead he got up, turned away from the officers and bounced on his feet, much like boxers in their corner before a prize fight. Then he wheeled around and, still holding the knife, began walking briskly toward the officers. When he got within a few feet, five shots were fired, and the man went down.

"He was going for the cops," said witness Hunter Herrera.

"He looked like he meant harm," said Hallock, who was recording video when the confrontation ended.

As officers approached the wounded man, one could be seen kicking the knife on the ground away from him.

Several employees who work in the mall said they could not recall every having seen the man. The coroner's office was attempting to make positive identification of him.