A long-running feud between two groups of adults led to the tragic death of a 12-year-old girl, fatally shot when a gunman opened fire outside her family's house, investigators said Friday.

San Bernardino County Sheriff's officials made the announcement at a news conference Friday and identified three people, including the suspected gunman, arrested in connection with Wednesday's killing of 12-year-old Makiya Walls at her family's Victorville home. In another twist to the tragic case, the victim's mother also was arrested on suspicion of making threats against the suspects.

That dispute escalated into Wednesday night's shooting, authorities say. Walls was inside the home, having just returned from walking the family dog, when she was shot and killed by a man with a shotgun who opened fire from outside the house.

Sheriff's officials identified the shooting suspect as a 26-year-old Anthony Pitts, a documented gang member. The alleged gunman and victim's mother knew each other and had been in a long-standing dispute, but details about the relationship were not immediately available.

"This argument had been going on for several months," said sheriff's Sgt. John Gaffney. "Earlier in the day, there was a confrontation between members of both families... that did lead to the shooting that night."

The dispute was described by the sheriff's department as a "feud between the two parties." Family members told NBC4 the feud involved a "love triangle," but did not go into specifics because of the investigation.

"At this point, we're not prepared to talk about who the intended target was, but I can tell you it was not Makiya," said Sheriff John McMahon.

Two women, Danielle Campbell and Reyna Mercado, also were arrested on suspicion of conspiring with Pitts in the shooting.

Makiya's mother also was arrested Thursday on suspicion of making threats against the alleged shooter. It was not immediately clear when the alleged threats occurred.

"The mother of Makiya was obviously shaken by this event, but she was involved in some activity that amounted to credible terrorist threats," McMahon said.

It was not immediately clear whether the suspects have attorneys. 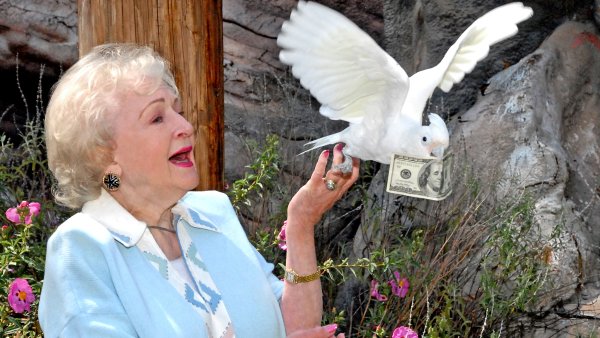 "Any parent...you're devastated at what's going on and in the heat of the moment you say things that you shouldn't say," Shelitha Kimble, the cousin of Makiya's mother, told NBC4 in a phone interview.

Authorities responded to the shooting just before 8:30 p.m. at a residence on the 17000 block of Monaco Drive, according to officials. Paramedics performed CPR on Makiya before transporting her to the hospital, where she died.

Her daughter had just returned from walking the family dog with her sister when the gunman approached the residence.

"She was a baby. You took my baby from this world before she even had a chance," McCullers said.

Walls was in the front room of the house when the gunman got out of a car, walked up to the house and fired shots, according to Jodi Miller of the San Bernardino County Sheriff's Department.

The gunman fled the scene in a white sedan, witnesses told investigators.

"There's no reason for her to be gone," said witness Rebecca Ortiz. "I mean, who would come up and just shoot through a house with all those kids? It's just sad."

Other family members were at the residence at the time, but no other injuries were reported. A detailed description of the shooter was not immediately available.

"You will pay, guaranteed," McCullers said in a message to the attacker. "We don't know who you are yet. But please understand me when I tell you justice for my daughter will be served."

NBC4's Jonathan Lloyd and Tony Shin contributed to this report.