A spring storm packing an unusually high volume of moisture for this time of the year will douse the region Friday and may trigger thunderstorms in the San Gabriel Mountains and the Antelope Valley.

The storm is likely to be slow-moving, generating rainfall rates exceeding an inch per hour and creating a risk of flash-flooding. A flash flood watch will be in effect in the San Gabriel Mountains in Los Angeles and Ventura counties and the Antelope Valley from noon until 8 p.m.

In addition to flash-flooding, the storm could unleash slides of rocks and mud and spark mud and debris flows over slopes burned by wildfires. 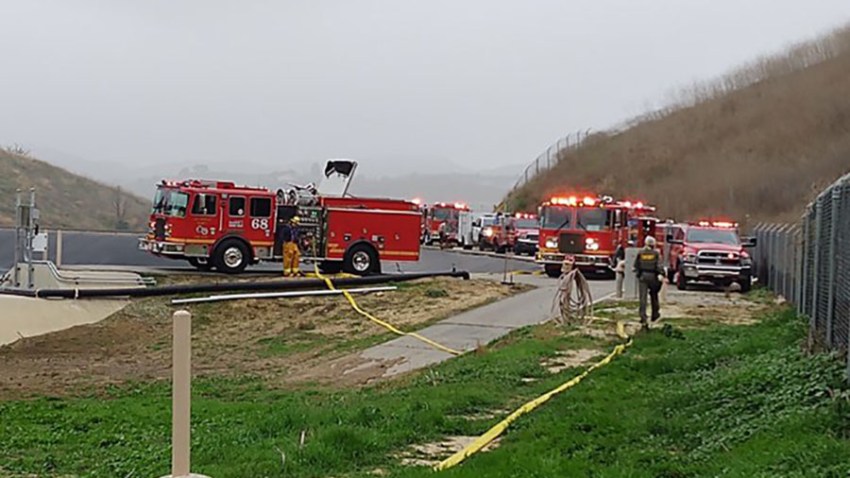 The greatest threat of thunderstorms is in the San Gabriel Mountains and Antelope Valley, a few could pop up in neaby valleys and some coastal areas.

The NWS forecast mostly showers today and highs of 56 on Mount Wilson; 64 in Palmdale; 65 in Laguna Beach, Avalon, Burbank, Saugus, Lancaster and at LAX; 66 in San Gabriel and San Clemente; 67 in Mission Viejo, Newport Beach, Long Beach and Pasadena; 68 in Fullerton, Irvine, downtown L.A. and Woodland Hills; 69 in Anaheim; and 70 in Yorba Linda.

In Riverside County, scattered showers are expected to persist into the weekend. Inland areas can expect cooler weather, a chance of showers and a slight chance of thunderstorms with a 50 percent chance of measurable precipitation through Friday night.

A slight chance of showers is in Saturday's Inland Empire forecast.