Happy 60th to the Mountain That Never Melts

Through scorching days and winter rainstorms, Disneyland's very first mountain has bobsledded on.

Bobsledded on, that is, while remaining a much-photographed "snow"-capped wonder in the sunshiny Orange County expanse.

Is it a vision? Is it real? Did the Sorcerer's Apprentice wave his wand in its direction? 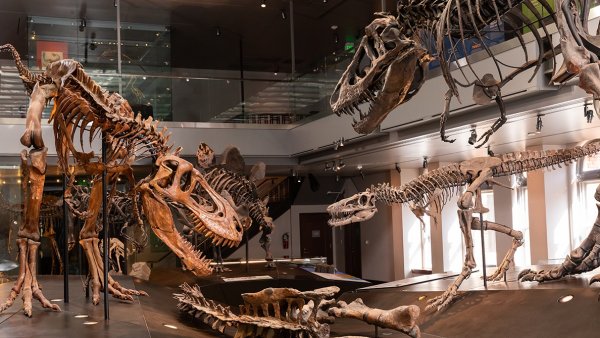 It is, of course, the Matternhorn Bobsleds, which is speeding into its 60th birthday on June 14, 2019 with all of the careening thrill of a bobsled attempting to outrun a tetchy Yeti.

A Yeti, which, of course has long had a fan-amazing nickname: Harold.

But that isn't the only anniversary happening in that neck o' the Disneyland woods on the 14th day of June.

Much in the way that we humans sometimes share a birthday with a couple of favorite friends, the Matterhorn has the very same opening date as its nearby, also-iconic neighbors: the Disneyland Monorail and Submarine Voyage, which is now Finding Nemo Submarine Voyage.

Do these three attractions sometimes reminisce about the summer of 1959, their mutual debut season, long after the park closes for the night?

They're all basically in earshot of each other, after all, as anyone who has heard the Yeti's roar from well outside the Matterhorn Bobsleds well knows.

How to celebrate these enduring attractions' shared diamond anniversary?

Riding all three in a row seems like a quite the commemorative thing to do, if you're visiting The Happiest Place on Earth on June 14.

Which, yes, is also within the Star Wars: Galaxy's Edge reservation window, so keep that in mind. The newest land at the park will go reservation-free starting on June 24, 2019.

And ponder this: When Galaxy's Edge celebrates its 60th birthday one day, this Tomorrowland-Fantasyland trio will be bobsledding towards its shared 120th birthday.

Changes have come, such as the transformation of the Submarine Voyage into Finding Nemo Submarines, and the introduction of the spooky snowbeast at Matterhorn Bobsleds in 1978, but this is true: It can be the hottest of August afternoons in Anaheim, and the snow atop the ultimate theme park mountain will stay as frosty as a Dole Whip.

How, though, is this possible? Call it Matterhorn magic, a cool quality we have Yeti to get over.