Editor’s Note: Shortly after publication of this article, the Big Bear eagles' egg was attacked by two crows.  A second egg may arrive within the next few days.

The original article appears below. 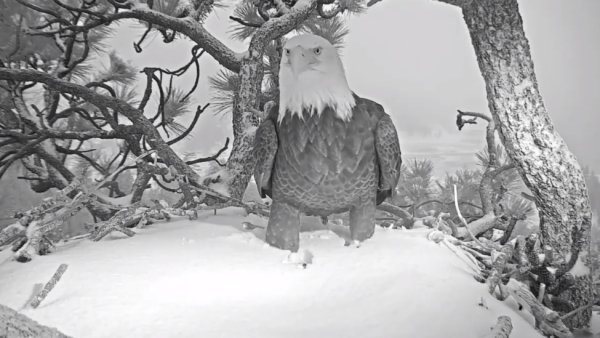 Winter's Getting Frosty for the Famous Big Bear Bald Eagles 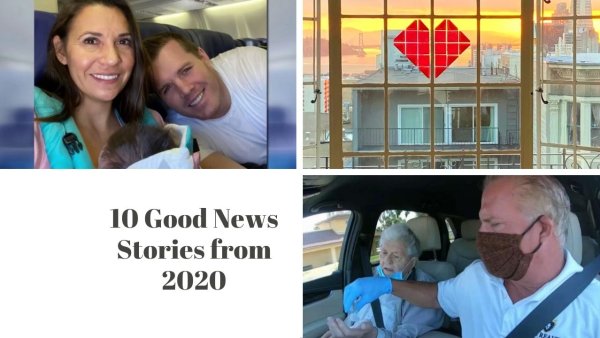 It's what people around not just Southern California, but the planet, will be hoping for in the coming weeks.

For a large and robust-looking egg is now gracing the nest of Jackie & Shadow, the celebrated Big Bear bald eagles.

Jackie laid the egg around 5:41 p.m. on Jan. 6, which wasn't a surprise to anyone who has been keeping a fervent watch on the Friends of Big Bear Valley Big Bear Bald Eagle Cam over the last several weeks.

For both mother and father have been busily adding sticks to the high-up nest, which sits close to the shore of Big Bear Lake.

Still, though, the exact date of when an egg will appear is always a question mark, and past years have seen an egg's arrival happen at different points of the winter season.

And while the new egg's debut is cause for much joy, there's potentially more joy to come: A second egg is expected "in the next couple of days," per a friend of the Friends of Big Bear Valley.

Something good to know if you tune in to have a look at the livestream? The eagles are keeping this initial egg "a little cooler" for now, so it will hatch around the same time as the second egg.

As for the incubation period? Get out the calendar and count out 35 days, which, yes, will place the debut of two much-anticipated and hoped-for hatchlings around Valentine's Day.

Too perfect, too adorable, and just what we all need.

Of course, the journey from egg to eaglet isn't an easy one, and 2020 saw the story of Jackie & Shadow's offspring end in disappointment, due to either a lack of fertilization or development halting, per the Friends of Big Bear Valley.

But past years have also brought newly hatched eaglets into our world, and the chance that more tiny birds are soon to come to our screens is a happy one.

Keep track of the egg's progress at the Big Bear Bald Eagle Cam, which is overseen by the Friends of Big Bear Valley, and maybe you'll just happen to see egg #2's big debut.

Egg-citing times are now happening up the mountain for nature lovers who are near, far, and wherever feather fans can be found.