Santa Claus will call upon the boulevard, along with a host of celebs.

88th Hollywood Christmas Parade: You want to talk about longevity in Tinseltown? It's a real thing, certainly in the case of this carol-tastic, boulevard-big, Santa's-on-his-way event. In just a dozen years, this Christmassy kick-off will celebrate its centennial, which means there've been a whole lot of stars waving from bunches of convertibles over the decades. Marching bands add brassy sounds to the spectacular, too, and equestrians deliver the horsey majesty. As for where you can go to watch on Dec. 1? Plenty of people go for Sunset or Hollywood Boulevards or on Vine, but if you want to be in the heart of it, go for grandstand tickets.

Festival of Lights: No one is asking you to fly like a bird might, all around Southern California, looking for the brightest and most brilliant square block of Christmas lights. But? If you were to soar over Riverside, you might glance down to see a real contender. For the Mission Inn Hotel & Spa famously flips the switch on over 5,000,000 lights — yes, as in million, as in lots of zeroes behind that 5 — and those lights flicker on, nightly, through the holidays. It's free to see, and, nope, you don't need to be a guest of the hotel to swing by for looksie. Want a looksie early in the run? It all begins on Friday, Nov. 29.

Palm Springs Aerial Tramway Tree: Speaking of sparkle to the east of us, another notable contender in the Christmas-cheer category will also begin its seasonal glow coming up, starting on Sunday, Dec. 1. It's the tree that tops Mountain Station at the famous tram in the desert. Or, rather, the famous tram that goes from the desert to a peak in a matter of thrilling minutes. The bulb-filled tree can be seen from several points around the Coachella Valley, making it a Decembertime tradition, whether you admire it from below or you make dinner reservations up the mountain. Sparkle on, P.S. tram tree. 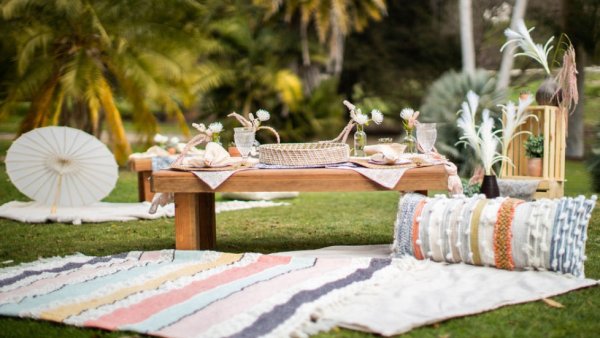 Glow Tubing Begins at Big Bear: And speaking of glowing things that are in high-up-there places, a family must, for many SoCal households, is ready to take to the chilly slopes on Friday, Nov. 29. It's glow tubing we speak of, of course, and as the name suggests, it is a nighttime event. Big Bear Snow Play is the place, and you'll want to circle Fridays and Saturdays and holidays on whatever calendar you have that's devoted solely to your glow-tubing activities. You have one of those calendars, right? Good. For more on this whimsical winter fun time, whoosh in this direction.

Three Stooges Big Screen Event: Well, well, well. You need a few more laughs this week? Like, big, boisterous guffaws? The Alex Theatre in Glendale can help you in the grin-making department. For it is year #22 for this Saturday-after-Thanksgiving gem, a screening that is fully devoted to some of the nicest and nyuk-iest work of the vaudeville legends. The 2019 theme? It's "Fresh Pandemonium," so prepare to see a few shorts that the event has never thrown on the screen before. "Stooge family in attendance" is one of the sweet features of the day. Oh yes, and there are two times: 2 p.m. and 8 in the evening on Nov. 30.