The shutdown replicates what occurred over eight weekends on the eastbound side.

The entire westbound Pomona (60) Freeway between Riverside and Ontario will be shut down Friday night and most of Saturday as part of a resurfacing project that required ongoing weekend-long closures of the eastbound side of the freeway, starting in July.

For the second consecutive weekend, a full closure of the westbound 60 is scheduled, beginning at 10 p.m., between the 60/91/215 interchange in Riverside and Interstate 15 in Ontario -- roughly 13 miles. The full closure will continue until 6 p.m. Saturday, when half of the passage will be reopened for travel, according to Caltrans.

Officials said that after 6 p.m. Saturday, motorists will have access to the westbound 60 between Valley Way and I-15, leaving only about six miles of the westbound side of the freeway closed until 5 a.m. Monday. There was no immediate explanation why Caltrans decided to modify what was slated to be a full westbound closure.

The shutdown replicates what occurred over eight weekends on the eastbound side. Those closures started on July 26 and concluded Sept. 23.

Officials said the westbound closures will continue over the ensuing six weekends, ending Nov. 18. However, work will be suspended for Veterans Day weekend, as it was paused to accommodate Labor Day weekend travel on the eastbound side.

"Motorists who are just passing through are advised to use state Route 91 and Interstate 10 as alternate routes to avoid delays," according to a Caltrans statement.

The agency's objective is to have all the freeway closures finished by Thanksgiving.

Officials said the rehabilitation work, which entails replacing slabs of pavement, is moving twice as fast because of the partial closures, dubbed the "60 Swarm" in reference to multiple projects occurring over the next two years along the 60 freeway. Altogether, the swarm covers a 20-mile stretch, from Chino to downtown Riverside.

In addition to the shutdowns, intermittent and extended lane closures are occurring in the construction zone, between Euclid Avenue in Ontario and the 60/91/215, officials said. Portions of the Interstate 15/Route 60 interchange in Ontario are being periodically closed for the swarm, as well. 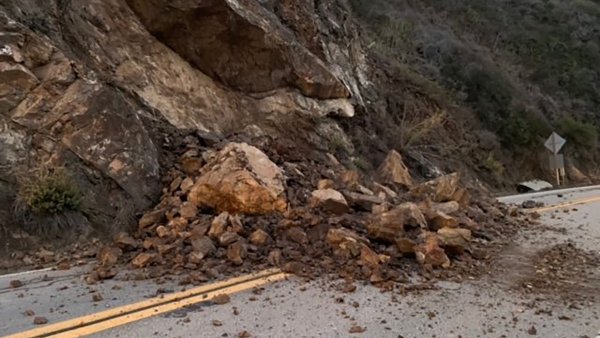 Single-lane closures began 10 weeks ago in several locations and will wrap up in November 2021, when the $134-million pavement-replacement project is slated to conclude, according to Caltrans.

The other part of the 60 Swarm is comprised of bridge replacements, costing $23 million. According to Caltrans, the Benson Avenue, Monte Vista Avenue and Pipeline Avenue overcrossings in Chino are all due to be razed and replaced with new spans. Alternating eastbound and westbound lane closures for the bridge work started nine weeks ago.

Officials said the current bridges were constructed with dimensions that make them prone to being bumped by oversized truck loads. Over the years, the repeated minor hits have had a cumulative impact, requiring the two-lane bridges to be replaced.