A big rig crashed down an embankment and ended up on its side in Pomona.

A big rig carrying boxes of fruit crashed down an embankment early Thursday off the westbound 10 Freeway in Pomona.

Officers responded about 4:10 a.m. to a stretch of the freeway near Kellogg Drive and found the semitrailer at the bottom of a hill, according to the California Highway Patrol.

Video from the scene showed the truck and its trailer on their sides. The trailer apparently ripped open and a load of fruit products scattered across a road below the freeway. 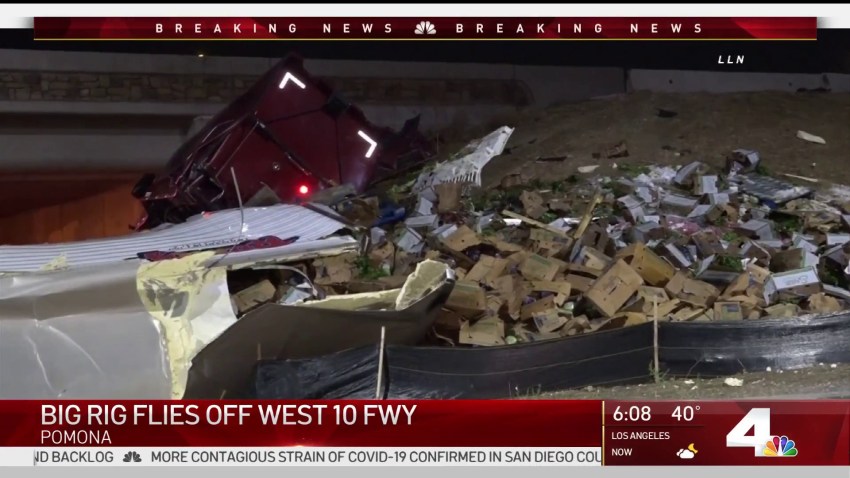 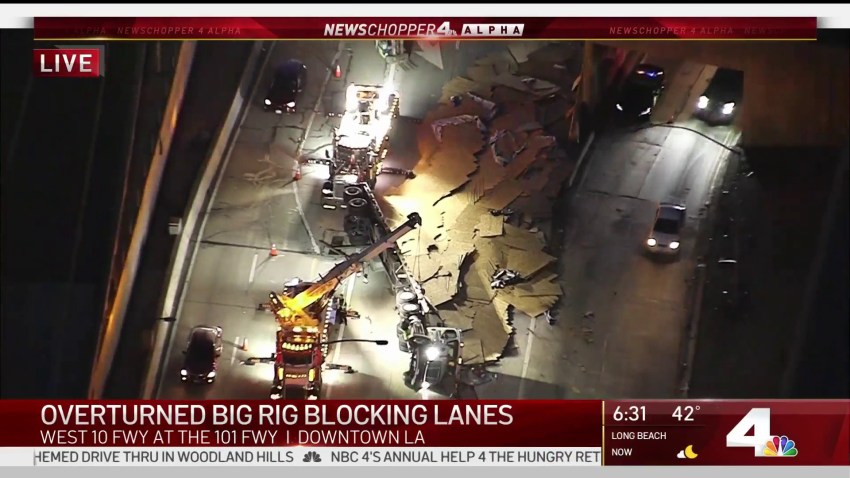 The Kellogg Drive offramp is closed until further notice. Crews were repairing 50 feet of damaged guardrail in addition to cleaning up debris. Firefighters also were supervising the cleanup of a diesel fuel spill from ruptured fuel tanks.