A heat advisory is in effect until 5 p.m. Friday for Los Angeles and Orange counties.

Southern California’s fall heat wave continues Thursday with above-normal temperatures. On top of the heat, winds are expected to pick up, creating dangerous fire conditions during one of the most hazardous times of the year for wildfires in California.

The fire weather watch will be in effect from late Thursday through Friday afternoon in the San Gabriel Mountains, the Angeles National Forest, the Santa Clarita Valley and areas of Ventura County amid high temperatures, humidity levels as low as 6% and Santa Ana winds of 20-30 miles per hour, generating gusts of 35 to 45 miles per hour.

Temperatures are running about 20 degrees above normal is some areas, including downtown Los Angeles. High pressure centered off the West Coast will strengthen throughout the week and bring above average temperatures through at least Friday.

Temperatures could reach triple digits for the warmest valley areas through Friday, with cooling not expected until next weekend.

A heat advisory is in effect until 5 p.m. Friday for Los Angeles and Orange counties. A record high of 102 degrees for an Oct. 14 in Woodland Hills tied the record set in 1974, and the 88 recorded Wednesday in Sandberg bested the record 85 of 2011.

A statewide FlexAlert, a request for reduced power consumption, was issued due to the warm weather and fire danger. It will be in effect Thursday from 3 p.m. to 10 p.m. 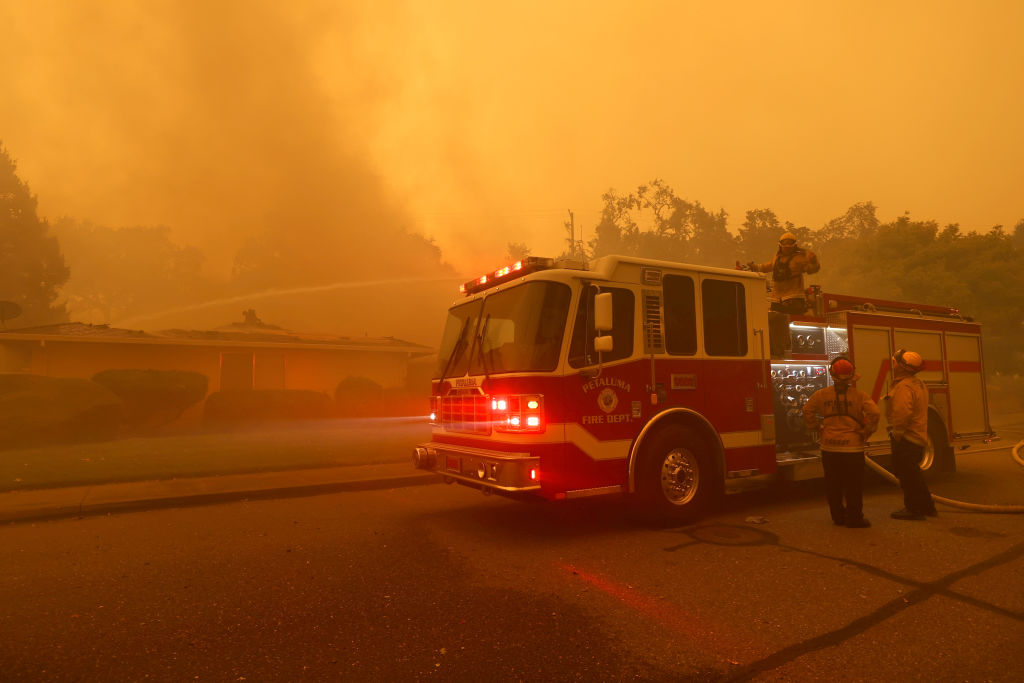 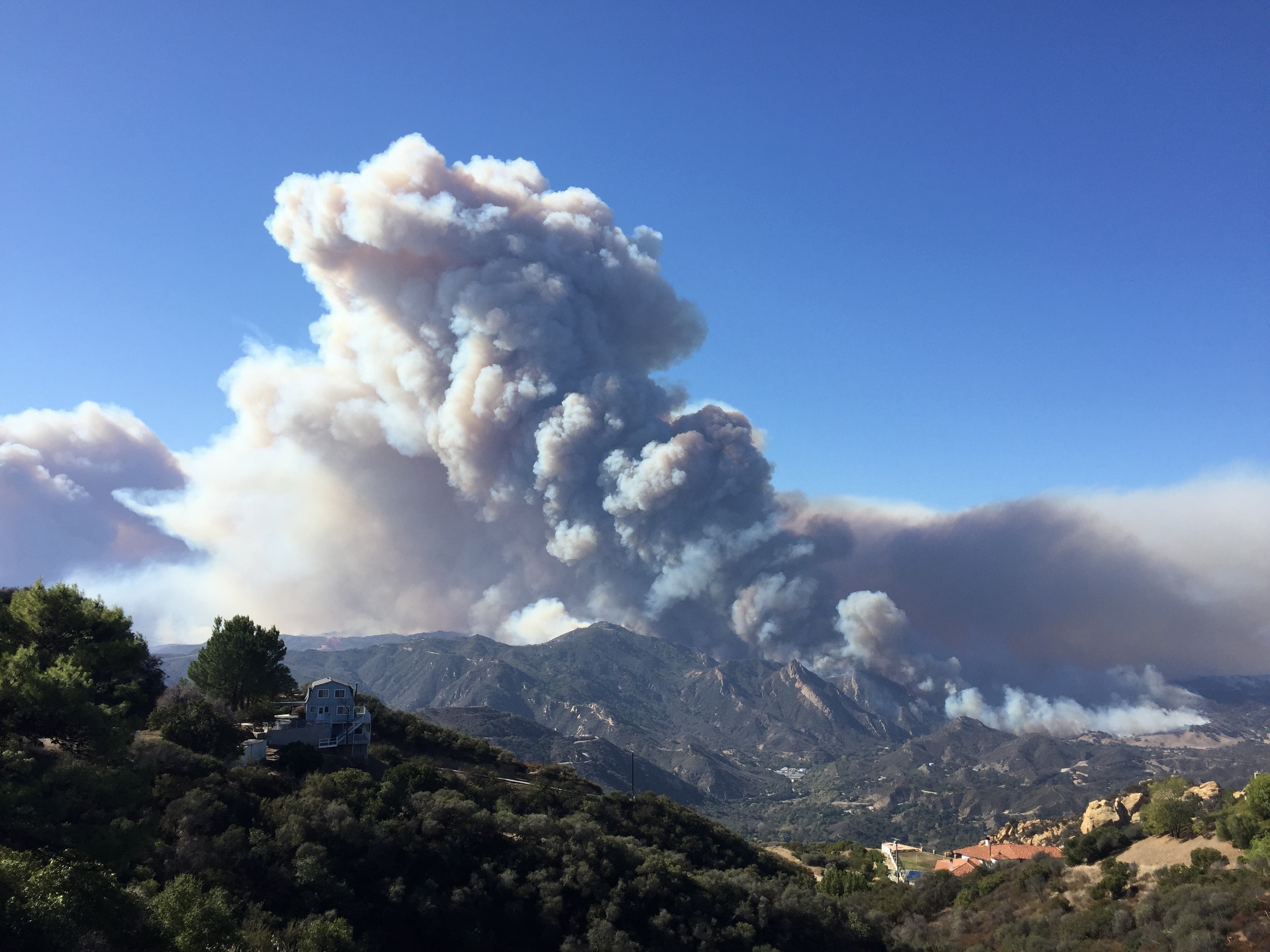 What Science Shows on Climate Change and Western Wildfires 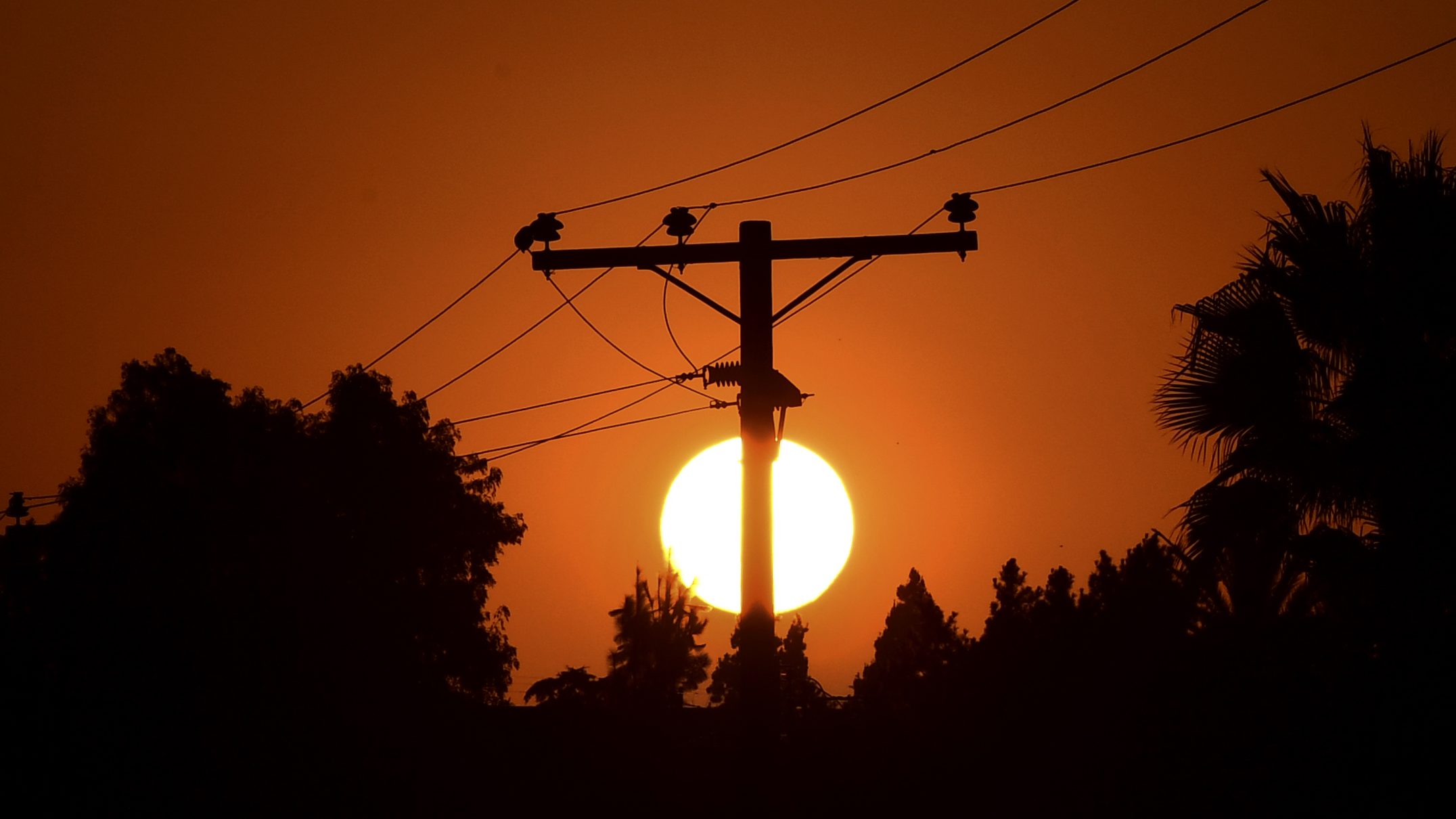 In Riverside and San Bernardino counties, temperatures will soar to near triple digits Monday.

Air quality will be unhealthy today for everyone in the west San Gabriel Valley and the Pomona/Walnut Valley, according to the South Coast Air Quality Management District. The AQMD also reported that air quality will be unhealthy for sensitive individuals in central Los Angeles, southeast Los Angeles County, the east and west San Fernando Valley, and the east and south San Gabriel Valley.