Line up your date, or dates, to the Universal Studios Hollywood fright-porium.

PSYCHING YOURSELF UP... to step inside a maze? Even if you're a longtime haunt fan, and the kind of person who doesn't flinch when meeting a monster, there's still that split second of delightful trepidation. And it all stems from this question: "What awaits me around the next corner?" And there are a whole bunch of "next corners" at Halloween Horror Nights, the gargantuan-sized ghoul fest that spreads out, like poison ivy or a beautiful ooze from outer space, at Universal Studios Hollywood each fall. Make that late summer and fall, for...

HALLOWEEN HORROR NIGHTS... has become so popular over the years that it now fills a whole frightful caboodle of select dates, from the middle of September right through to just a couple of days beyond the haunted holiday itself. And we do mean "the middle of September," for Halloween Horror Nights debuts on Friday, Sept. 14 in 2018. That's not far-off, so it should be a surprise that tickets are now on sale for the upcoming haunt-stravaganza.

WHAT WILL YOU CHOOSE? A single evening's visit, if you dare, or do you dare to think in a more diabolical fashion? Perhaps you'll sign up for the R.I.P. Tour — it's new for 2018 — which gives you valet parking, a buffet dinner, and more. Or will you select the day/night combo ticket, which allows you entry to Universal Studios Hollywood after 2 in the afternoon? Maybe you'll go even further and choose a monstrous multi-night pass, if you'd like to revisit your favorite mazes, again and again. And those mazes include experiences inspired by...

"STRANGER THINGS"... and "Trick 'r Treat" and "The First Purge" and the ever-shadowy, always eerie Terror Tram (Hollywood Harry, quite the creepy clown, will be back). Hip hop dance troupe Jabbawockeez will be back, too, and there are more mazes still to be revealed. Is this how you do Halloween? By visiting a movie-quality maze or two or five at Universal Studios Hollywood? Hook into that admission now, as ghosties and eekies from all over the Golden State, and beyond, will be snatching up their scary entries ASAP. 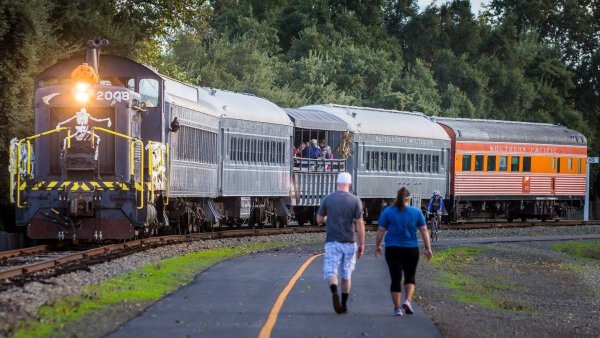 Board the Spookomotive for a Quirky Capital Adventure 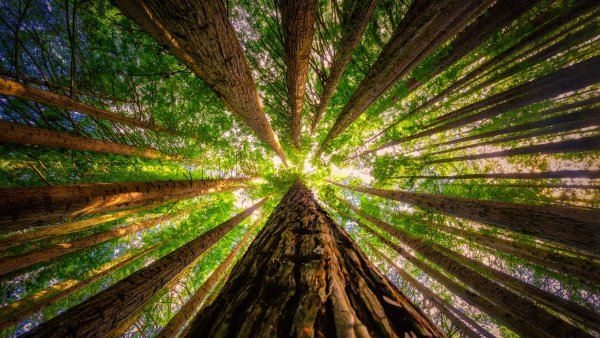 Free and Virtual: Celebrate the Redwoods From Home