The parents say the district is failing to engage their children online at the same rate as other large California school districts and instructional minutes often lack educational instruction.

The parents, who are supported by educational non-profits Parent Revolution and Innovate Public Schools, sued on behalf of the 600,000 children in the nation's second-largest school district, said Seth Litt, Parent Revolution's executive director.

They contend the district is failing to engage their children online at the same rate as other large California school districts and that state-mandated instructional minutes often lack actual instruction with teachers dismissing kids after checking they turned in their work. Some parents said they're still unable to connect to the district's online platform and that teachers sometimes end classes early without going over new material.

Akela Wroten Jr. said the district failed his daughter in the spring with twice-weekly, 40-minute Zoom sessions that were difficult to connect to. Now in the second grade, she's so far behind he said he had to hire a private tutor. 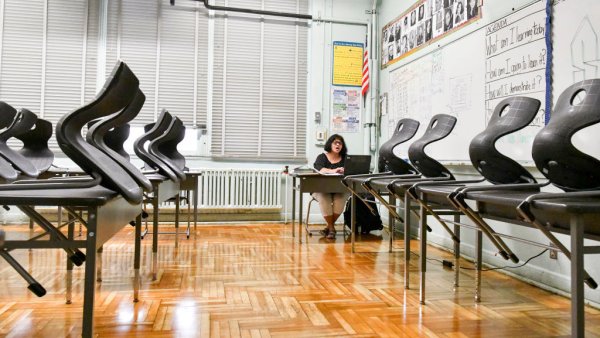 "I have to coach her to mentally and emotionally prepare her to go to school. The Zoom is lagging. The Wi-Fi needs to work," Wroten said. "My daughter is learning how to count through apps. She hasn't really written anything. All of the normality of it is being taken away."

The suit contends insufficient instructional time and inadequate teacher training are disproportionately impacting Black and Latino children, who make up the overwhelming majority of the district's students but had weekly participation rates 10% to 20% lower than other students during online learning in the spring, according to a district report.

Los Angeles Unified said it has not yet been served with a lawsuit, but that the district has sought to ensure all students have devices and Internet access and innovative ways to engage students online.

"School districts like Los Angeles Unified have to balance the sometimes conflicting priorities of the learning needs of students and the health and safety of all in the school community," the district said in a statement.

The suit comes as schools throughout California have started the academic year with a range of learning models due to the coronavirus. Some offer only online classes while others have hybrid schedules where students toggle between distance and classroom instruction. 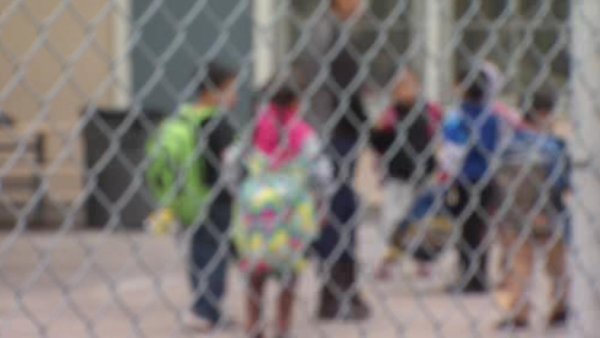 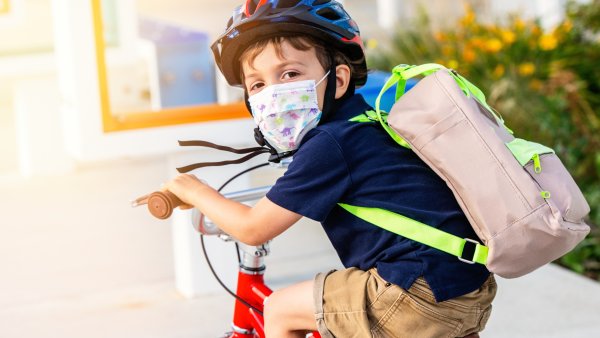 Masks, Virtual Resources and Other Things to Get You Through the 2020-2021 School Year

Under state rules, Los Angeles County and many other major California counties can't broadly reopen K-12 schools for in-person instruction due to their rates of new virus cases and infections.

California Gov. Gavin Newsom has said learning should not be stopped by the pandemic and schools must provide meaningful instruction even when it's only online.

According to a Los Angeles Unified report, an average of 40% of secondary students were absent from the online learning platform each day during the spring.

Some plaintiffs said they understood it was difficult for the district to make the sudden shift in March to online learning. But advocates said problems have persisted, including a lack of Chromebooks and connectivity for some students and a lack of time for teacher collaboration to ensure English learners get the support they need.

What to know before considering a learning pod. Video broadcast Tuesday Sept. 1, 2020 on Today in LA.

Litt, executive director of educational reform group Parent Revolution, said Black and Latino students start out at a disadvantage because the district failed them for years before instruction was moved online, and more experienced teachers tend to be assigned to schools in neighborhoods with more white families.

He said the goal isn't to rush Los Angeles Unified back to school before it's safe to do so. But other large school districts such as San Diego Unified provide more instructional minutes and more transparency about what goes on online, he said, adding there should be more communication with families and principals observing Zoom classes.

"What's happening to children in Los Angeles is not a natural consequence of COVID-19 or the decision to keep schools closed," Litt said. "Different decisions would lead to a different program and different opportunities for children and different outcomes."