He did not reevaluate his workplace behavior because there was no cause to, he said, and again rejected any allegations of misconduct

Smiley, who continues to deny the claims of unwanted sexual behavior that led PBS to drop his long-running show, is attempting to rebound with the purchase of a Los Angeles radio station that will offer a Black and progressive perspective on the city and nation.

Sidelined during a period of landmark racial upheaval, Smiley decided to make his own opportunity with reformatted station KBLA 1580 Los Angeles. It debuts with a preview on Saturday, the Juneteenth holiday commemorating when the last enslaved African Americans learned they were free.

“While I was watching this racial reckoning last summer, it was so clear to me that people were being heard to some degree, but there were no African American-owned platforms where people had their voice on a regular basis,” Smiley said. The media can lose interest when protests stop, he said, but the issues “that matter to us don’t go away.”

The Senate and House have passed a bill to make Juneteenth, the anniversary of the end of slavery in the United States, a federal holiday.

He was also chafing at the isolation.

“It’s frustrating when you’re used to being on the air every day somewhere, (and) people are hearing your voice in this country, seeing your face, for as many years I’ve been doing this,” he told The Associated Press. But there was an upside: introspection, and “a lot” of it, as he put it.

“It allows for growth. It allows for strengthening relationships with family and friends,” Smiley said. “So in some ways, I think I’m probably a different person than I was four years ago."

He did not reevaluate his workplace behavior because there was no cause to, he said, and again rejected any allegations of misconduct. After losing in court last year in a breach-of-contract suit over his firing, he's appealing the verdict that required about a $1.5 million payment from Smiley to PBS, which countersued him.

“I have no idea why what happened to me happened," he said. “This Me Too moment happened at a time and in a way where it was very difficult, almost impossible, to put forth any other narrative, no matter how truthful that narrative was.”

While acknowledging what he called “consensual” dates with co-workers before he joined PBS, “I have never harassed anyone,” Smiley said. He alleged that the public TV service reached back into his work past to find claims of misbehavior that he called false, and labeled the investigation sloppy and biased.

In its court filings, PBS cited witnesses' allegations that Smiley subjected subordinates to lewd language and unwanted sexual advances and encounters, with six women describing misconduct claims in court testimony. The women have not been publicly identified.

“Let me be very clear: I support the Me Too movement” and covered women's rights issues for years on his shows, he said. “I will not let you falsely accuse me of anything, and win, lose or draw, my name and my integrity is all I have.” 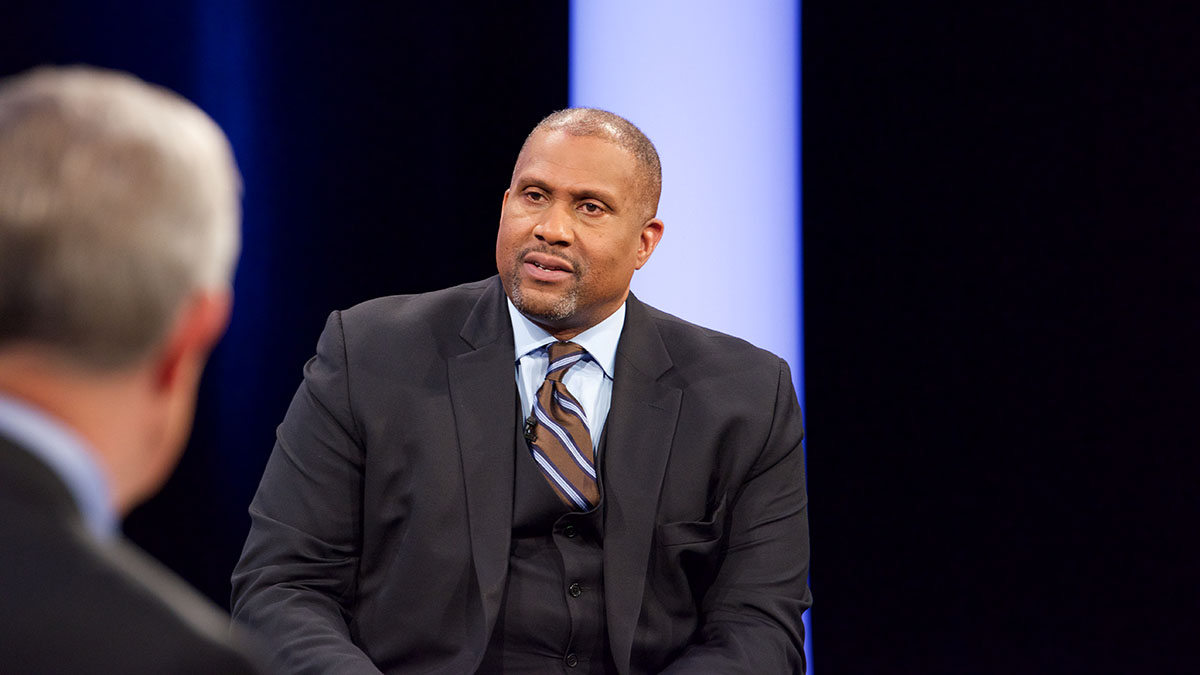 Asked for comment, PBS referred to its statement last year following the jury's verdict, which said in part that “PBS expects our producing partners to provide a workplace where people feel safe and are treated with dignity and respect.”

The allegations were made about a groundbreaking radio and TV host, the first African American to get his own talk show on PBS. He said he's received offers of work since his firing, but decided to amplify Black voices in America through a path that his late friend, Prince, touted: Controlling content and its distribution.

Smiley is the majority owner of KBLA, which he and investment partners bought from New York-based Multicultural Radio Broadcasting in a deal valued at $7.5 million. The station will fill a void that he said shouldn’t exist in one of the most, if not the most, ethnically and culturally diverse city in the country.

“The opportunity to have a Black-owned and Black-operated talk radio station in this city, where talk radio for too long has been all day, all night, all white, is an opportunity that is begging for someone to take advantage of it. So I’m dumb enough to try,” Smiley said.

Asked if anyone has expressed reservations about working with him and the station, he said it was the contrary and that bookings for celebrities, authors and newsmakers are “lining up fast and furious.” Guest names weren't provided.

Among the hosts: DL Hughley, whose nationally syndicated radio show is part of the KBLA afternoon lineup, and Alonzo Bodden, a winner of NBC’s “Last Comic Standing” and regular guest on NPR's “Wait Wait…Don’t Tell Me.”

The Mississippi-born, Indiana-raised broadcaster said KBLA, with a signal reaching nearly 12 million Southern California listeners, could be the flagship for an eventual nationwide network. Asked about the station's agenda, Smiley rejected the question's framing.

"The station doesn’t have an agenda except to be unapologetically progressive,” he said. "We just want to be a voice for those who have been voiceless for too long in this city, speak a truth that is otherwise not being considered if we don't speak it, and give people a chance literally just to be heard.”

His definition of a progressive: Someone whose life and behavior "underscores that you want the same thing for everybody else’s child that you want for your own child.”

He's in charge of the radio enterprise but not its star, said Smiley, who headlined shows on BET and National Public Radio before hosting “Tavis Smiley” on PBS from 2004 until his December 2017 firing.

“This is not about Tavis Smiley. I'm only on (weekdays) three hours a day,” he said. “We are live 24 hours a day, seven days a week. ... So there are a lot of other voices on the station that will be talking about a lot” of local, national and international issues.

He spoke in the modest office building he owns and has long operated from, in the historic Leimert Park section of Los Angeles dubbed “the Black Greenwich Village." The interior was being revamped to accommodate KBLA's studios.

Most prominent men whose careers have been stalled or shattered by sexual misconduct claims have yet to try a comeback, among them former “Today” host Matt Lauer, restaurateur Mario Batali and media executive Les Moonves.

Does he see the new venture as a step toward rehabilitating his public image?

“I don’t believe that I am in control of rehabilitating any image. That’s not my concern. My concern is to do the work that I’ve always done," Smiley said. "At the end of the day, all I’ve ever tried to do was to love and serve people. For me, that’s the definition of leadership.”