The Santa Susana Field Laboratory, tucked in the hills between the San Fernando and Simi valleys, might be putting the health of thousands of Los Angeles and Ventura County residents at risk

Big business interests, working behind the scenes with government bureaucrats, have stonewalled a full cleanup of a former nuclear and rocket testing site contaminated with a stew of toxic radiation and chemicals, an NBC4 I-Team investigation has found.

The Santa Susana Field Laboratory, tucked in the hills between the San Fernando and Simi valleys, might be putting the health of thousands of Los Angeles and Ventura County residents at risk.

"The site has a lot of contamination," according to Barbara Lee, director of California's Department of Toxic Substance Control (DTSC), whose agency is charged with getting California's toxic sites cleaned up.

But despite the documented on-site chemical and radioactive contamination at the Lab, the DTSC may not require Santa Susana to be fully cleaned up to the way it was before the nuclear and rocket testing.

"Those chemicals don't stay on the mountain," said Linda Adams, the former head of the California Environmental Protection Agency, who has served both Republican and Democratic governors "The population is below the site."

Adams was overcome with emotion as she recounted her failure to get the site fully cleaned up in 2009-10. She said she worries that when the wind blows or the rain comes, toxic chemicals and radioactive material can flow downhill from the Lab into local neighborhoods. And, she insists that the site needs to be fully cleaned up in order to protect the health of people living below the site. 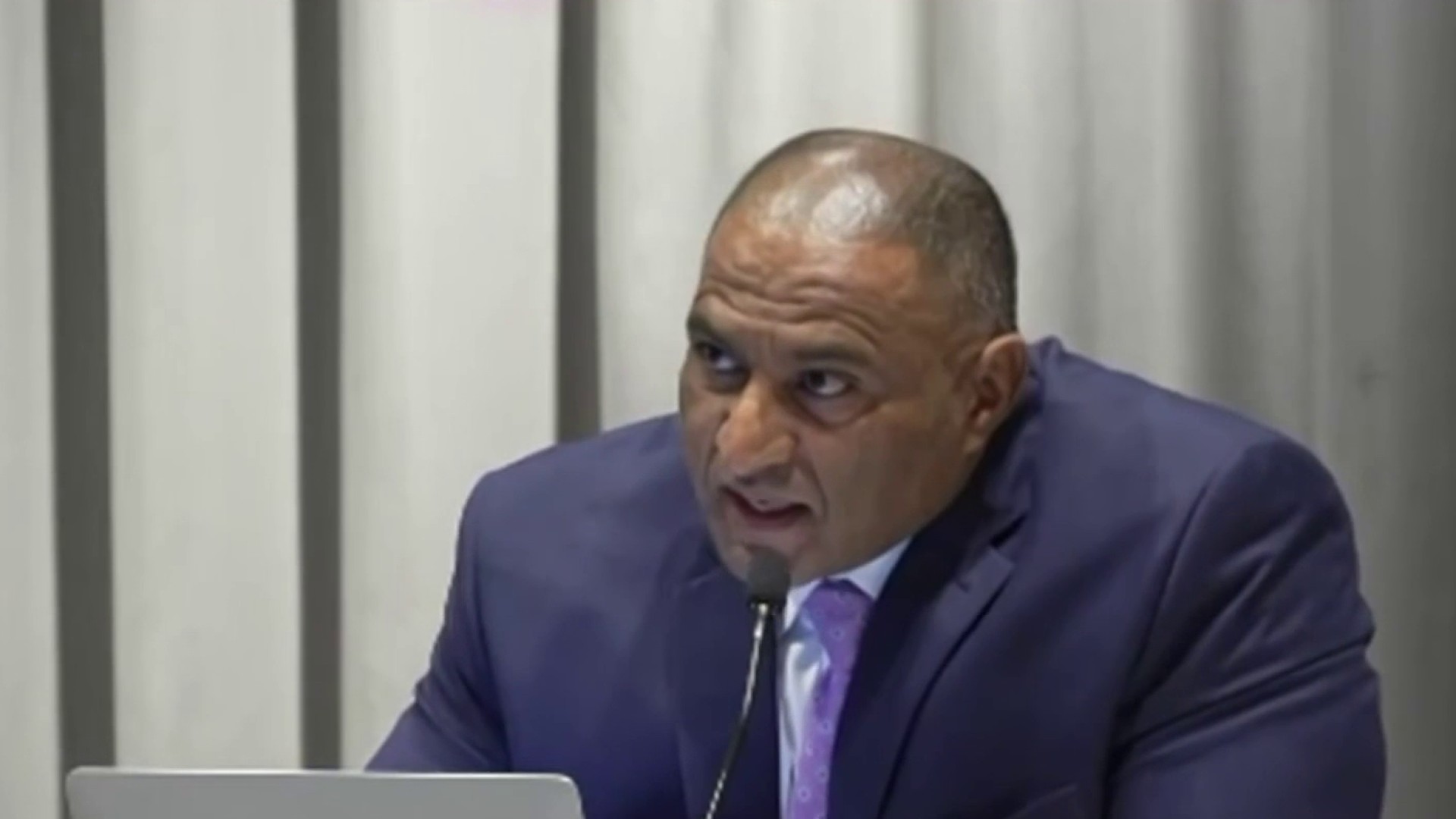 Medical Board of California Meeting Ends in Frustration for Patient Advocates 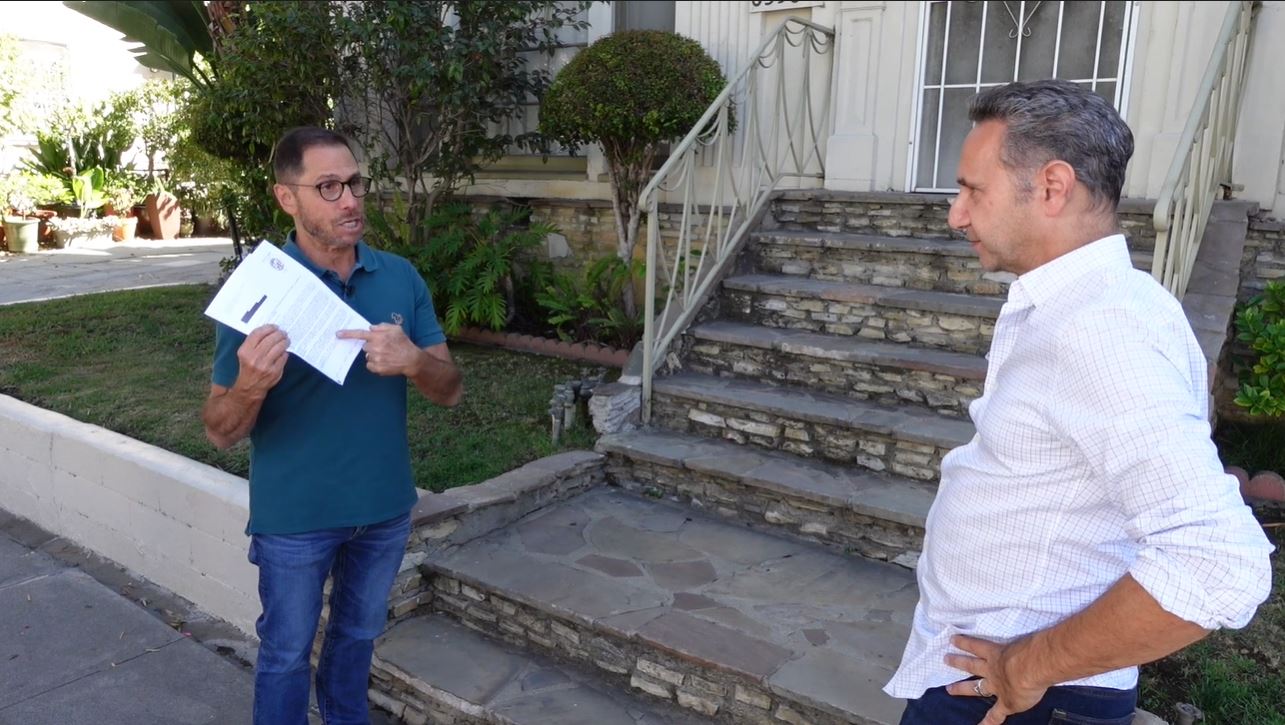 City of LA Fails to Shut Down Noisy, Illegal Airbnbs

"I don't believe there is a current exposure to communities," she told the I-Team.

"I don't know how anyone could be saying that," countered Adams. "All the evidence I've seen shows there is a threat."

Adams is well aware of the myriad health issues suffered by residents living in close proximity to the site, including children who lost their eyes to a form of cancer linked to radiation.

"They depended on me to get it done" before stepping down in 2009, Adams said, wiping away tears.

One nearby resident, Jessica Gesell, who was diagnosed with thyroid cancer at age four, now believes it was the contamination that made her sick.

"I think they need to clean it up," said Gessell, who now has children of her own. "I just want to see my kids grow up. That's all I want in life."

But the status of the Santa Susana Field Lab cleanup is uncertain. The site, which was once run by Rocketdyne, is now owned by Boeing, one of the state's largest employers and a big contributor to state and national politicians, including campaign donations of $29,500 to Sen. Dianne Feinstein, $17,500 to Gov. Jerry Brown, $11,300 to Sen. Barbara Boxer and $4,000 to California Sen. Kevin De Leon, the current Senate President Pro Tempore and the Chairman of the Committee that confirmed Barbara Lee as Director of the DTSC.

Even though Boeing didn't own the site when most of the nuclear and rocket testing took place, as current owner — by law — they would be responsible for millions of dollars in cleanup costs with some help from NASA and the U.S. Department of Energy, which also used parts of the site.

Adams described how Boeing skirted a full cleanup of Santa Susana by deploying "a large army of lobbyists ... to do everything they could to stop a cleanup to that level."

Among those lobbyists: Peter Weiner, a former environmental aide to Gov. Jerry Brown, Winston Hickox, a former head of the California EPA, and Robert Hoffman, the former chief lawyer of the Department of Toxic Substance Control. All three left government service and have worked on behalf of Boeing to kill a full cleanup of Santa Susana.

"It's a very smart and very evil strategy," said Liza Tucker, a consumer advocate with ConsumerWatchdog.org, who has written extensively about the DTSC and about Boeing's efforts to stymie the cleanup effort. "Boeing has very much hired the people that were once regulating them."

The I-Team obtained emails of Boeing lobbyists asking for private meetings with DTSC officials. One email between DTSC staffers reads, "I must be a target — I'm getting double teamed" by Boeing lobbyists.

Adams wasn't the first public official to try and get the site fully cleaned up. In 2007, State Sen. Sheila Kuehl went after Boeing, telling her legislative colleagues: "There are cancer clusters of various kinds of exotic cancers all around this site."

This motivated her to push for passage of a bill ordering the Department of Toxic Substance Control to force Boeing to fully clean up Santa Susana — as clean as it was before the nuclear and rocket testing.

Although it was signed by Gov. Arnold Schwarzenegger and became law in 2008, Boeing went to court and got the law thrown out on the grounds that such a high cleanup standard was unfair.

So EPA Secretary Adams stepped in and got NASA and the United States Department of Energy to sign their own agreements guaranteeing they would fully clean up their parts of Santa Susana. But Boeing refused to sign one of these agreements. Instead, they are operating under an older 2007 order from the DTSC that allows the DTSC to determine the cleanup levels for the site. Something they have not yet done.

"It was an uphill battle," Adams recalled. "We were outnumbered."

In a document obtained by the I-Team, a PR firm hired by Boeing devised a strategy in 2012 to "target media," including "KNBC," and convince them the "site poses no risk to human health today," despite a 2007 federally funded study that found much higher cancer rates in communities close to Santa Susana.

Now, Boeing is proposing to turn Santa Susana into recreational parkland. Boeing declined to speak with NBC4 on camera, but in an email said: "The cleanup will be based on established science and follow the regulatory process with full transparency." Further, they write, "we will restrict Boeing's property so it will never be used for residential, commercial, industrial or agricultural purposes, but the land will be cleaned up so it is safe enough that houses could be built there if it wasn't restricted. This level of cleanup is about ten times more protective of human health than is required for the site's future use as undeveloped open space."

But Dan Hirsch, a nuclear policy instructor at the University of California who has been advocating for a full cleanup of the site for decades, says Boeing is being disingenuous. He's examined Boeing's latest cleanup proposal and said "they want to clean up almost none of it." He added, "Boeing is proposing that they only have to clean up something on the order of a few percent of the contamination."

Hirsch said that the company is misleading people by saying the site would be safe for housing.

"By Boeing's own estimate, if someone lived up there, every third person would get a cancer from the contamination," said Hirsch. "I know of no site in the country that has risks that high."

Tucker, of ConsumerWatchdog.org, said Boeing doesn't want to spend the millions it would cost for a complete cleanup, and that the company has an inordinate amount of influence over the Department of Toxic Substance Control, which she said should be doing more to pressure a full cleanup.

"As far as I'm concerned," she said, "Boeing is running the DTSC right now."

When Lee, head of Toxic Substance Control, was asked whether her agency was too cozy with Boeing, she said: "I haven't seen it. and I've looked for it."

Lee also contended that her agency had conducted "extensive soil sampling" to ensure that contamination from Santa Susana isn't flowing off-site to neighboring suburbs. But when asked by the I-Team for evidence of those tests, her agency referred us to other documents, including one from a Boeing contractor that looked at old studies and determined that off-site contamination was "not significant."

As to the likelihood of a full cleanup, Lee was noncommittal. "Well, we haven't determined what the cleanup levels will be."