NBC4’s I-Team has obtained much of the evidence behind the LAPD’s decision that the shooting was unreasonable and out of policy.

A former Los Angeles Police Department officer who, while off duty, shot and killed a man with an intellectual disability and wounded the man’s parents inside a Costco in Corona in 2019 was recorded on police body-worn video saying he thought he had been shot before opening fire himself in the store’s refrigerated food section.

Ex-officer Salvador Sanchez, seen publicly for the first time on police body-worn camera video obtained by NBCLA, said he began firing at 32-year-old Kenneth French around 7:45 p.m. on June 14 because, Sanchez said, he thought he had seen a gun in French’s hand, something later determined by police to be untrue.

“Are you injured?” Corona Police Officer Robert Slane asked Sanchez as he entered the chaotic shooting scene moments after the gunfire.

“No, I guess not, I thought I got shot in the back of my head,” Sanchez said.

The I-Team obtained video, photos and evidence related to the deadly shooting by an ex-LAPD officer at the Corona Costco. Eric Leonard reported on NBC4 News on Monday, March 1, 2021.

“I see a blast and I feel my head get knocked out, and I fall to the ground--I dropped my son,” Sanchez said in an initial interaction with Corona officer Slane.

“When I dropped my son, and the guy like, hunkers down,” Sanchez continues, and holds his hands together as if to show a person was holding a handgun.

“I believe he was still armed, so I shot,” Sanchez continued.

“Those people, probably like, got in the way, I don’t know,” Sanchez said, referring to French’s parents, who were each struck with one of Sanchez’s bullets and survived.

When pressed for more detail about who he’d aimed at, Sanchez told Slane he didn’t want to answer more questions.

“Ok, he was hunkered down over here--Did you see a weapon?” Slane asked.

“You know, I’m not gonna talk any further without my lawyers,” Sanchez said.

Sanchez did answer additional questions from other officers in the following minutes, generally repeating his statements about thinking he’d been shot, dropping his son and falling to the floor.

According to Corona Police interviews, multiple witnesses said Sanchez was struck in the head by French’s hand, as the two stood near a food sample table. Corona and LAPD detectives determined French never had a gun and no shooting took place before Sanchez opened fire.

The LAPD ruled the shooting was out of policy and fired the officer, but he was not ever charged with a crime. Eric Leonard reported on NBC4 News on Tuesday, March 2, 2021.

Several witnesses said the strike, described as a punch or a slap, was unprovoked. One eyewitness told Corona Police that Sanchez collapsed to the floor so quickly she thought he had suffered a medical emergency; another said Sanchez "got down" to the floor, took a "defensive position," and began shooting, according to detectives’ reports.

The LAPD found in June 2020 that Sanchez’s actions that night were unreasonable and had violated the department’s rules for use of lethal force. Sanchez was fired a month later.

One of Sanchez’s attorneys, David Winslow, said the LAPD’s conclusions were “incompetent” because the report failed to fully explore whether or not Sanchez had truly suffered a head injury, and Winslow said in the chaos of the moment, Sanchez had acted in a reasonable manner given Sanchez’s perception of what had happened.

“For anybody in the LAPD to say that the average LAPD officer wouldn't have reacted that way is simply being dishonest because you don't know how somebody is going to react with a head injury,” Winslow said. 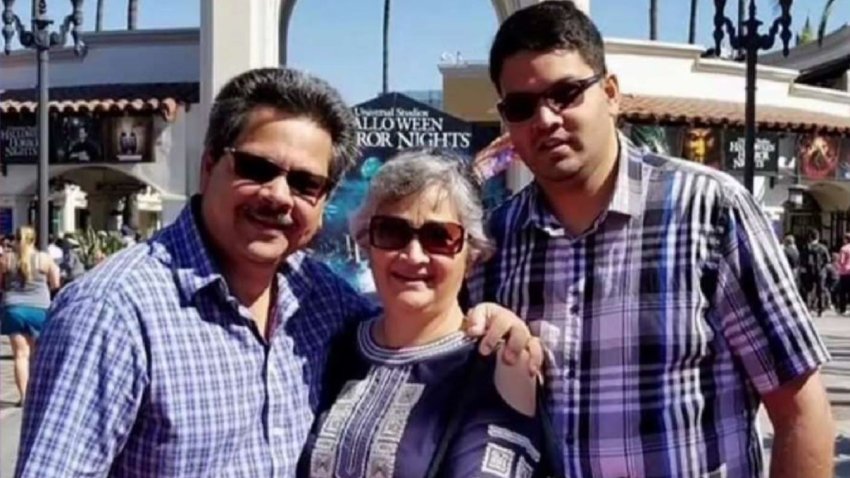 “The impact on his brain caused him to believe that Mr. French had a gun. We know Mr. French didn't have a gun. But unfortunately, Officer Sanchez was operating under the influence of the severe brain trauma that he suffered in that situation,” he said.

Little direct evidence gathered by investigators has been public before now. That’s largely because Riverside County District Attorney Mike Hestrin opted in August and September 2019 to present the investigative findings to a grand jury, which met in secret.

The grand jury did not indict Sanchez, and without a charge, transcripts of its hearing were kept sealed. Hestrin declined to discuss in public what information was presented to the grand jurors.

“We have no comment at this time,” Hestrin’s spokesman John Hall told NBCLA last week.

The union that represents most LAPD officers, the Los Angeles Police Protective League, declined to comment on its representation of Sanchez or his departure from the LAPD.

Sanchez and the city of Los Angeles are named in a federal lawsuit filed by French’s parents. One attorney for the family said Monday it is still hopeful criminal charges will be filed against Sanchez by another prosecutorial agency.

NBC4’s I-Team sought to understand what led to the contrast between the findings by the grand jury and by the LAPD, and in 2020 began an effort to obtain the underlying investigative information, as well as to try to discover which, if any, witnesses to the shooting had testified at the grand jury.

The I-Team obtained hours of police body worn video recordings, dozens of witness interviews, police photographs, and hundreds of pages of investigative records from the Corona and Los Angeles police departments through a variety of means, including requests under the California Public Records Act.