The union that represents Azusa police says the LA County District Attorney's chief of staff threatened to put an officer on a list of dishonest cops.

The union that represents police officers in Azusa said Wednesday a top official at the LA County District Attorney's Office threatened to retaliate for an arrest, by saying he would put the arresting officer's name on the County's so-called "Brady List" of dishonest cops.

The statement was allegedly made by Joseph F. Iniguez, chief of staff to LA County DA George Gascón, as Iniguez was being released from the Azusa Police Department jail on December 11, 2021 after an arrest on suspicion of public intoxication.

"When he was released, this is when he made the Brady comment that he was going to put my officer on the Brady list, which is a list none of us want to be on," Wilkins said. "My officer did nothing to deserve that threat." 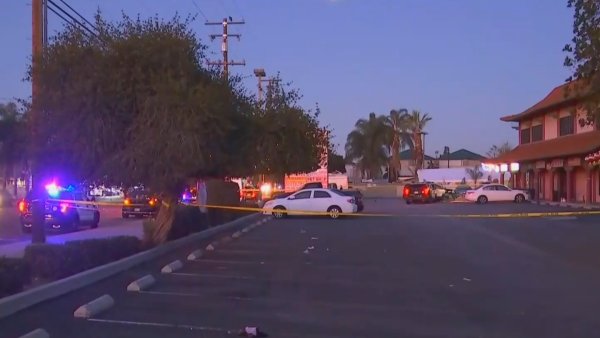 Iniguez, 36, has filed a complaint against the arresting officer, and told the L.A. Times he believed the arrest was unjust and retaliatory, adding that he was detained after he began to video-record a traffic stop.

The Azusa Police Department said Iniguez was arrested around 11:30 p.m. Dec. 10 after the driver of the car he was riding in was pulled-over for a traffic violation.

The District Attorney's Office declined to respond to specific NBC4 questions about the alleged threat or Iniguez's current job status.

“We are aware of the incident. The District Attorney has the utmost confidence in Joseph," said Alex Bastian, Special Advisor to DA Gascón.

"Given that this is a personnel matter, we are unable to get into any specific details of this incident at this time. We have notified The Azusa Police Department to direct or refer any criminal case to the California Attorney General’s Office.”

As Gascón's chief of staff Iniguez supervises the specialized unit at the DA's office, called the Justice System Integrity Division, that is responsible for prosecuting police officers and collects data about officers accused of misconduct.

Azusa Police Chief Mike Bertelsen posted a message on Facebook Wednesday afternoon that said the union does not speak for the city or the police department, in response to another union statement posted online that accused the Chief of being "weak" for considering the complaint filed by Iniguez.

"I am disappointed that the union's leadership is engaging in this type of behavior at a time when they should be working with us to solve crime, fill vacancies, and ensure our policies meet the expectations of our community," Bertelsen wrote.