Blood was found inside a missing man's home, investigators disclosed Tuesday, but his  wife and siblings expressed hope he may still be found safe, and issued a plea for public help.

Will Cierzan, 58, of Valencia, and his wife Linda have been together 28 years. She described him as a "homebody" who would not have left on his own.

"All we want is for Will to come home safely," she said. 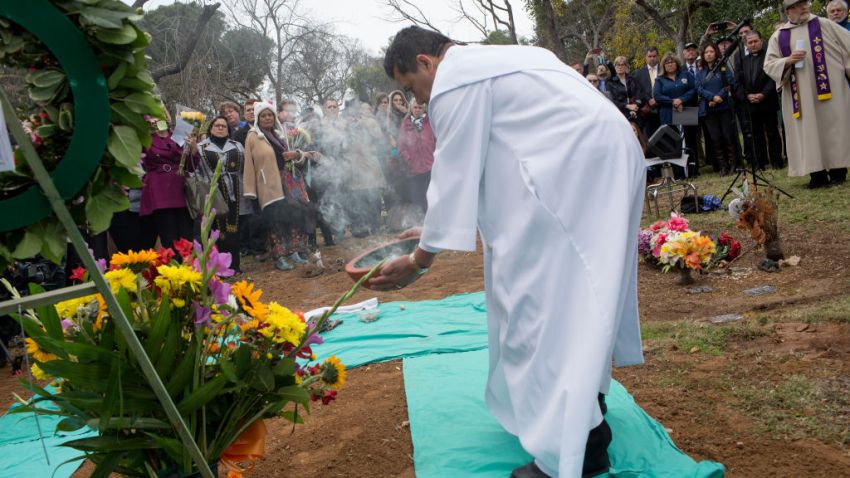 He had a day off from working at the nearby Six Flags theme park last Thursday.  He called her at work around 4pm and told her he was cooking dinner, but when she called him at 6pm, he did not answer, she said.  When she arrived home at 7pm, she saw his pickup parked out front, and found his wallet, keys and other personal items inside, but he was gone.

At this point, investigators cannot say whether Will Cierzan was the victim of a crime, or whether something else led to his disappearance, said Det. Ralph Hernandez of the Los Angeles Sheriff's Department. It's not yet known if the recovered blood was Cierzan's, Hernandez said.

One lead being pursued is video recovered from a neighbor's security camera, showing a vehicle back into the driveway of the Cierzan house Thursday, then leave a while later. The vehicle appears to be one driven by a Cierzan relative known to have gone by the house Thursday, according to Det. Hernandez, who said the video will be enhanced in an attempt to glean more detail.

"We don't know their interaction during the course of the day," said Det. Hernandez. The relative has been located and provided a statement in which he indicated Cierzan did not leave with him, according to Hernandez, who declined to name him. At this point, the relative is considered another witness and is not being identified as a suspect, Hernandez said.

Neighborhood searches have not turned up any sign of Cierzan.

"I don't know," Linda Cierzan told reporters asking what she thinks could have happened.  But she's sure he would not have left without telling her.

"It's hard to deal with. He would not do something like this."