Fender Sales Boom as Guitar Playing Surges During the Pandemic

Business was looking pretty grim for Fender Musical Instruments Corp., the legendary guitar maker, when the coronavirus pandemic reached U.S. shores last March. Suddenly, 90% of its worldwide dealers' physical stores closed, as did many of its online sellers' distribution centers. Fender's factories in Corona, California, and Ensenada, Mexico, shut down, furloughing hundreds of employees. Its headquarters in Scottsdale, Arizona, shuttered, as did its Hollywood hub, where CEO Andy Mooney and his management team work.

"We were looking over the edge of an abyss, frankly, and went into company preservation mode," Mooney told CNBC in late October, while still running things from his home in L.A. after summering in Long Island. He and every other one of Fender's roughly 2,000 employees took up to 50% pay cuts. "We just tightened our belt." 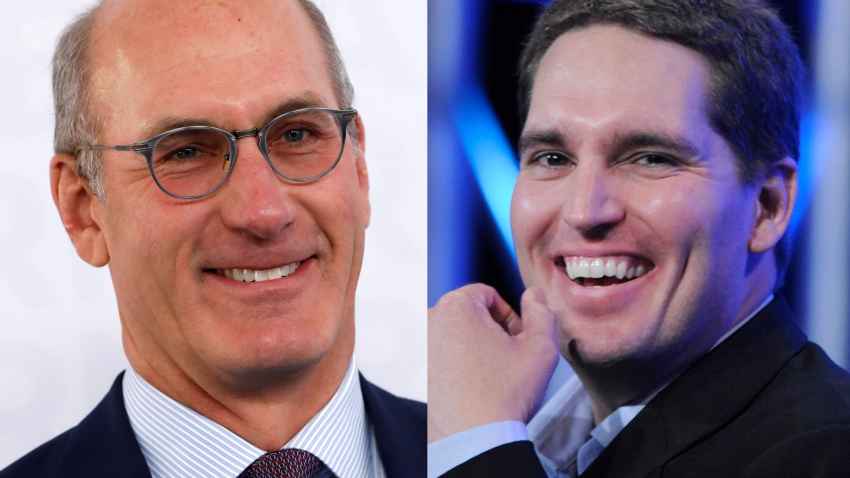 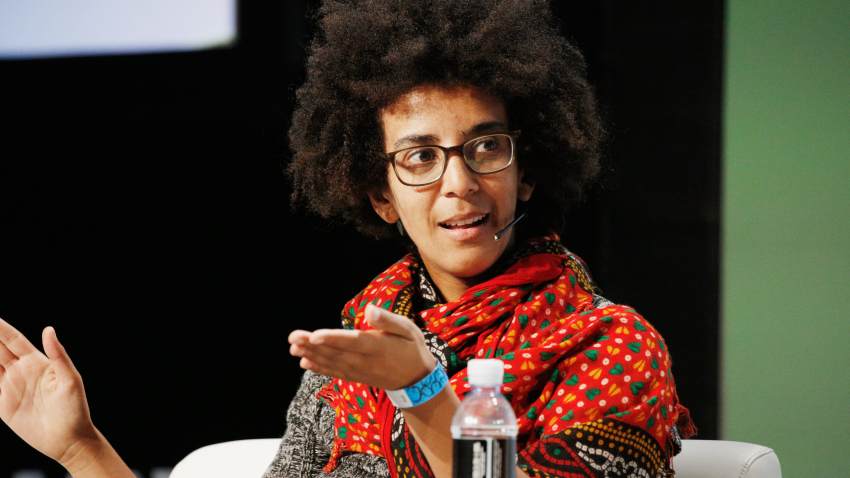 Well, in the topsy-turvy world that Covid-19 has wrought, Fender's bad fortunes have since turned upside down — to the merry melody of record-setting sales, estimated by Mooney to top $700 million this year, rising nearly 17% from last year's more than $600 million. "We are anticipating 2021 being another record year," he predicted, "no matter how the pandemic plays out."

As much pain as the pandemic initially inflicted upon Fender, the virus has also produced a balm. The turnaround actually began in late March with what Mooney describes as "purely a goodwill gesture" to the unexpectedly housebound public looking to take up hobbies other than baking bread and riding bikes. The company offered Fender Play, the online video platform for learning guitar, bass and ukulele introduced in July 2017, free for 90 days to the first 100,000 subscribers.

Fender hit that mark the very first day, reached a half million sign-ups the first week and settled at about 930,000 subscribers by June. Nearly 20% of the newcomers were under 24, and 70% were under 45, the company reported. Female users accounted for 45% of the new wave, compared with 30% before the pandemic. "I never would have possibly predicted that," Mooney said, noting that the same offer has been extended to the end of this year.

Simultaneously, Fender saw sales of Stratocasters, Telecasters, Jazzmasters, Precision basses and other iconic electric guitar models surge, along with orders for acoustic guitars, ukuleles, amplifiers, home-recording equipment and other gear. Fender models selling for under $500 grew 92% from mid-March to mid-October; most were acoustic guitars bought online by beginners. More experienced players go for pricier electric guitars, ranging from an entry-level Strat for around $700 to an Acoustasonic for $3,300.

When Fender reopened the factories in April, it rehired laid-off workers and added extra shifts to keep up with demand. Plus, it had ample inventory to support the flood of online sales among its U.S. network of about 1,000 authorized dealers. "Our distribution centers, owned by third parties, never closed, even as dealers' did," Mooney explained. "We shipped product directly to consumers on their behalf." Most Fender branded guitars are manufactured in Corona and Ensenada, though some are produced in Japan and Southeast Asia.

Besides its own e-commerce operation — accelerated since Mooney was hired in 2015 — Fender sells online through pure-play instrument e-tailers such as Fort Wayne, Indiana-based Sweetwater and Thomann, headquartered in Germany, as well as Amazon, Walmart and Target. Pre-Covid, half of Fender's sales were online, Mooney said, and have since swelled to 70%.

"At Sweetwater, we are seeing 50% to 100% year-over-year growth across most guitar brands, both acoustic and electric guitars, and at all price points," said Mike Clem, the website's chief digital officer. "Some beginner instruments are seeing triple-digit YOY growth."

Guitar Center, a prominent Fender seller based in Westlake Village, California, closed most of its nearly 300 locations when the pandemic hit. "We saw a shift of consumers to our e-commerce channels," said Michael Doyle, senior vice president, guitar and tech merchandising. That translated to a triple-digit sales growth for Fender and other top guitar brands on its website, particularly among new strummers.

"Covid buying trends have re-emphasized the importance of the beginner player," Doyle added. "In fact, we expect that one of our hottest deals of the holidays will be a Guitar Center exclusive entry-level Fender Guitar Pack," featuring a Squier Stratocaster electric guitar and Frontman amp for $220. (Nonetheless, Guitar Center, the nation's largest musical instrument retailer — which generated $2.3 billion in sales in its most recent fiscal year, but is mired in about $1.3 billion in debt — missed a $45-million interest payment last month and filed for bankruptcy on Nov. 13 concurrent with a debt restructuring plan, with the hope of balancing its books by early next year and its business operations continuing uninterrupted.)

While the pandemic played havoc with Fender's 2020, the company has been steadily retuning its marketing strategy under Mooney, who previously boosted brands for Quiksilver, Disney and Nike. Another Nike alumnus, Evan Jones, was hired as Fender's first-ever chief marketing officer around the same time Mooney arrived. "The company has shifted from trade-based to consumer-based marketing," Jones said. "We've built a full-fledged, integrated organization that allows us to invest in community-building through social channels, CRM and a visual ecosystem."

That organization — along with Fender's design and production operations — was put to the test in October when it introduced the American Professional II series, the second generation of its flagship electric guitars and basses. Fender hired Wieden+Kennedy, known for its Nike ads, to work alongside its in-house creative team to develop a campaign dubbed "For One. For All." The launch included producing videos starring 20 professional guitarists playing the new models and heralding their improvements. "They're able to articulate what the instruments do as well as or better than any product reviews," Jones maintained.

The design process for the new series began more than two years ago, said Justin Norvell, executive vice president of products. "We talked to players, beginners to pros, to figure out what drives them, inspires them, what they're looking for," he said. So, while the new Strat, Telecaster and other updated models look like their classic selves, changes were made to the necks, fingerboards and pickups to improve sound and feel. "A lot of that comes down to manufacturing technology and quality control to create instruments that are easier to play," Norvell said.

Norvell coordinated that effort with Fender's executive vice president of operations, Ed Magee, who was challenged with gearing up the factories after the pandemic shutdowns. "We brought back most of the furloughed employees," he said, and reconfigured workstations to allow for social distancing. "We had to source masks and other PPE," he added. "We had to innovate on the fly, but worker safety comes first."

The culmination of the design and production efforts is when a guitarist straps on a Fender, like the new Acoustasonic Strat Nile Rodgers recently got his hands on. A Rock and Roll Hall of Famer, he and his bandmate, the late bassist Bernard Edwards, created a funky disco sound in the early 1970s that defined an entire era with enduring hits like "Good Times" and "Le Freak."

Rodgers still plays the white 1960 Strat, nicknamed the Hitmaker, that he traded for at a pawn shop in Hialeah, Florida, in 1973, but is developing a different sound on the Acoustasonic, an acoustic and electric hybrid. "When I got the instrument, I started practicing on it and came up with a whole new concept," he said. The result is heard on a song, "Inside the Box," and video he made with Fender, highlighting the instrument's multiple voice pairings.

The experience has inspired Rodgers to practice relentlessly and compose dozens of new songs while locked down at home in Westport, Connecticut. "I made a promise to myself — I'm 68 now — that by the time I'm 69, I'm going to be a better guitar player."

Katie Pruitt, 26, an up-and-coming country/folk/pop vocalist and guitarist and songwriter, is a comparative neophyte whose mother introduced her to the guitar as a kid growing up outside of Atlanta. "She played in our church, and I learned basic chords from her," Pruitt said. She kept at it through high school and joined a band while attending Belmont University in Nashville, where she now lives and makes music.

Pruitt's parents bought her a Strat she still plays, "and I got a Jazzmaster that I also used in making 'Expectations,'" she said, referring to her debut album, released in February. She promotes both the record and the Jazzmaster, among the American Professional II models, in a "Fender Sessions" video, featuring the title song, made with her current band. Like so many musicians whose live concerts have been canceled during the pandemic, Pruitt has been using the at-home time to work on new material. "My mind is fully submerged into writing a second record," she said.

While Fender may well help spawn new artists from the beginners taking its online lessons and buying its instruments in droves, Mooney said research revealed that "90% of first-time players who pick up the guitar abandon it in the first year." But on the flip side of that sharp drop off, he added, the 10% who remain committed buy several more guitars. "They have a lifetime value of $10,000," he calculated, "and that's a $1 billion bubble on top of sustainable, organic growth."

No wonder Mooney is optimistic about not only Fender's future, but that of the entire fretted instruments industry — which last year topped $8 billion, according to research organization Music Trades — that it dominates. "I keep reminding people that we're a growth company operating in a growth industry."

The pandemic has changed the way people create and consume content and access entertainment. But are these changes permanent? Join the CNBC Evolve Livestream on December 3 for a conversation about changing consumer trends and how far media companies should go in changing their strategies to reach their customers and meet their needs.