Spelling mistakes are easy to make on a resume, but they can ruin a first impression with a potential employer.

The overwhelming majority of job applicants make these simple slip-ups. An analysis of 20,000 U.K. resumes in 2019 by jobs site Adzuna found more than 90% of them had spelling or grammar mistakes. The same survey also found that men tended to make more mistakes than women, with 8% of female job hunters sending in a flawless resume compared to just 6% of men.

One of best ways to prevent future blunders is to know the most common mistakes, particularly since there is very little time to make a good impression.

A survey of 2,000 U.K. adults published in March by Samsung KX found that employers typically take just 28.7 seconds to assess a resume, despite the fact it takes Britons an average of nearly six years to feel they've perfected it. 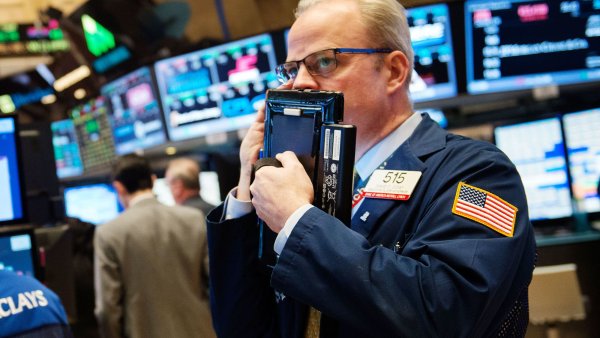 Emma Alkirwi, managing director of resume writing service The CV Guru, told CNBC via telephone that jobseekers shouldn't rely on spell-check to avoid basic mistakes "because it's not always going to pick out everything, even though you think it should."

For example, Alkirwi said it was common to see typos turning the word "and" into "add," which spell-check might not pick up on. "Manager" becoming "manger" was another typical typo that she said might not be caught by spell check functions.

Misusing certain words was another way mistakes frequently arose, Alkirwi said. Mistaking "insure" for "ensure" was a common example, she said, as well as "affect" and "effect."

Accidental misspellings of words relating to particular roles was also a standard slip-up, such as someone working in customer services typing "compliant" instead of "complaint," Alkirwi said.

Ellie Green, jobs expert at Totaljobs, highlighted the misspelling of people's names and titles as a common error on resumes.

"Candidates should also always double-check the company and product names when listing their employment experience, particularly for any words that a spell-checker would not recognize," she told CNBC over email.

Meanwhile, Andrew Arkley, founder of resume writing service PurpleCV, told CNBC via email that "i before e" mistakes were among the misspellings that he frequently spotted.

Mistakes on capitalized words and typos in file names were also errors to watch out for when writing a resume, he added.

How to avoid them

Arkley said the first port of call to combat misspellings was to make sure the language on your word processor was set correctly according to your region.

Alkirwi recommended taking a break after writing your resume and checking it over with a fresh pair of eyes.

"Of course it sounds obvious, but don't do things in a rush because then you're not even in the right frame of mind to ... have the ability to double-check your work," she said.

Green also recommended getting friends or family to take a look after you've checked the resume. In addition, she said it was important for employers to take into account neurodiversity when assessing applicants' resumes. Neurodiversity refers to variations in how the brain works, including with thinking and learning, and applies to conditions like dyslexia and ADHD.

"It's important to remember that there is a whole set of norms which shape how we 'should' write a CV, but these aren't necessarily conducive to accessibility and equitable recruitment, particularly for candidates with dyslexia, for example," she said.

How to ace a job interview with a robot recruiter

The first thing to do if you’re starting a freelance side hustle, from this 52,000-person freelancing group