The United States and European Union said Tuesday they have resolved a 17-year-long fight over aircraft subsidies, agreeing to suspend tariffs for five years stemming from the Boeing-Airbus dispute.

"This meeting has started with a breakthrough on aircraft," said European Commission President Ursula von der Leyen, who met with President Joe Biden at a U.S.-EU summit in Brussels. "This really opens a new chapter in our relationship because we move from litigation to cooperation on aircraft — after 17 years of dispute."

At a subsequent press conference, von der Leyen added: The agreement we found now really opens a new chapter in our relationship, because we move from litigation to cooperation."

"Instead of fighting with one of our closest allies, we are finally coming together against a common threat," she added, mentioning China.

She added in a joint statement with the EU that both sides "now have time and space to find a lasting solution through our new Working Group on Aircraft, while saving billions of euros in duties for importers on both sides of the Atlantic." 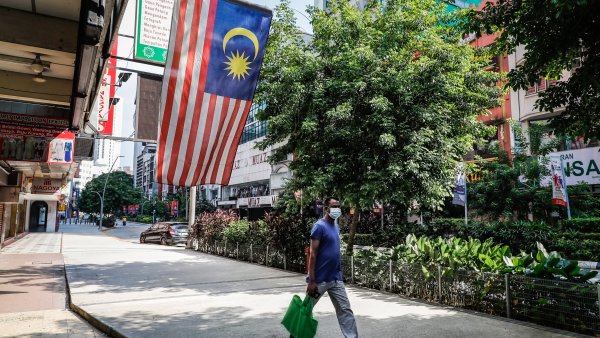 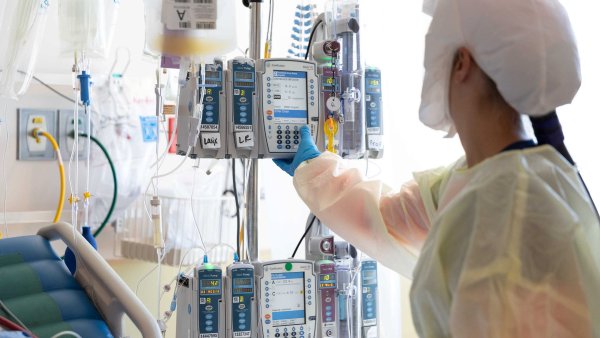 CNBC reported last week that the EU was pressing the White House to reach a deal to end trade tariffs imposed during the Trump administration, in relation to the Airbus and Boeing dispute that emerged in 2004.

As part of the deal, the EU and the U.S. agreed to provide research and development funding through an open and transparent process as well as to not give specific support, such as tax breaks, to their own producers that would harm the other side.

The idea is also to collaborate in addressing nonmarket practices conducted by other countries, including China, which is developing its own civilian aircraft.

Tai said the tariffs on EU products would be suspended as long as government support for Airbus meets the agreement terms.

"Should EU support cross a red line and U.S. producers are not able to compete fairly and on a level playing field, the United States retains the flexibility to reactivate the tariffs that are being suspended," she said.

Valdis Dombrovskis, the EU's trade chief, said the agreement "shows the new spirit of cooperation between the EU and the U.S. and that we can solve the other issues to our mutual benefit. Together we can deliver for our citizens and businesses."

Airbus and Boeing, which dominate the commercial airplane market, cheered the deal, which comes just as the manufacturers are starting to regain their footing from the Covid-19 pandemic.

"Anything that levels the playing field in this highly competitive industry and avoids this terrible lose-lose proposition of tariffs across the Atlantic or across any borders for that matter is good," said Airbus' Chief Commercial Officer Christian Scherer during a media call on Tuesday. "You don't need to take that from Airbus ... Just ask our customers."

Customers of European-made Airbus aircraft include Delta Air Lines, but Airbus has expanded its manufacturing footprint in the U.S. with its factory in Mobile, Alabama, where it makes some of its narrow-body jetliners.

"The understanding reached today commits the EU to addressing launch aid, and leaves in place the necessary rules to ensure that the EU and United States live up to that commitment, without requiring further WTO action," Boeing said in a statement. "Boeing will fully support the U.S. Government's efforts to ensure that the principles in this understanding are respected."

Boeing has considered developing a new jetliner, efforts that were derailed by two crashes of its best-selling 737 Max in 2018 and 2019. Airbus' Scherer said Tuesday that his company has "wind in its sails" to develop a freighter version of its A350 plane, which would compete against Boeing cargo planes.

Delta, which recently upsized an order for narrow-body Airbus planes, said the agreement "will help protect U.S. airlines, the millions of Americans they employ both directly and indirectly —  and the U.S. traveling public."

Robert Martinez, president of the 600,000-member International Association of Machinists and Aerospace Workers, applauded the deal and the governments' common focus on China.

"As thousands upon thousands of U.S. aerospace jobs are outsourced throughout the world to countries like Mexico and China, we are also heartened by an acknowledgement that at least one non-market economy, China, has become the focus of these talks," he said in a statement.

The EU-U.S. relationship hit a low during the previous White House administration with then-President Donald Trump accusing the EU of being worse than China with its trade practices.

Trump imposed duties worth $7.5 billion on European products after the World Trade Organization ruled that the EU had given unfair subsidies to Airbus.

Shortly afterward the EU imposed tariffs worth $4 billion on U.S. products off the back of another WTO ruling that said the U.S. had granted illegal aid to Boeing.

Separately, the United Kingdom also said Tuesday it was hoping for a similar deal with the United States within coming days.

The U.K. was a member of the EU when the dispute emerged and was hit by the trade tensions that developed during the Trump presidency.

The EU and U.S. in March agreed to a four-month suspension of the tariffs, a step toward resolving the long-running trade war.

The European Union also wanted to reach a deal on metal tariffs during Biden's visit, but von der Leyen explained that the priority was aircraft subsidies.

The Trump presidency decided in 2018 to impose a 25% tariff on European steel and a 10% duty on European aluminum on the grounds of national security — something the EU vehemently opposed and retaliated against. In response, a first round of tariffs worth 2.8 billion euros ($3.4 billion) was implemented by the EU and another round worth 3.6 billion euros was due to kick in this month.

However, the EU decided to put these metal-related duties on hold last month in a sign of good faith in order to boost negotiations.

Speaking Tuesday, von der Leyen said that she is "confident we will find a solution" on this matter.