There's little reason for optimism after consecutive dry months during what is historically the wettest time of year in drought-stricken California.

California's wet season is coming to a close without much to show for it.

After consecutive dry months during what is historically the wettest time of year, California Department of Water Resources officials visited Phillips Station in the Sierra Nevada Mountains for the final manual snowpack survey of the season.

There was more grass and dirt than snow at the site south of Lake Tahoe.

“You need no more evidence than standing here on this very dry landscape to understand some of the challenges we’re facing here in California,” said Karla Nemeth, director of the California Department of Water Resources. “All Californians need to do their part.”

The dismal results were not a surprise during one of the driest starts to spring in decades.

The manual survey recorded 2.5 inches of snow depth and a snow water equivalent of 1 inch, which is 4% of the April 1 average for the location. The statewide snowpack average is 38% of average.

That's the lowest mark since the end of the last drought in 2015 and only the third time since 1988 that it's been that low.

After a January and February that were among the driest in state history, last month's snowpack survey showed the statewide snowpack at just 63 percent of average for March 1. Without dry spell-busting storms to dump snow in the mountains, not much happened in March to improve conditions. 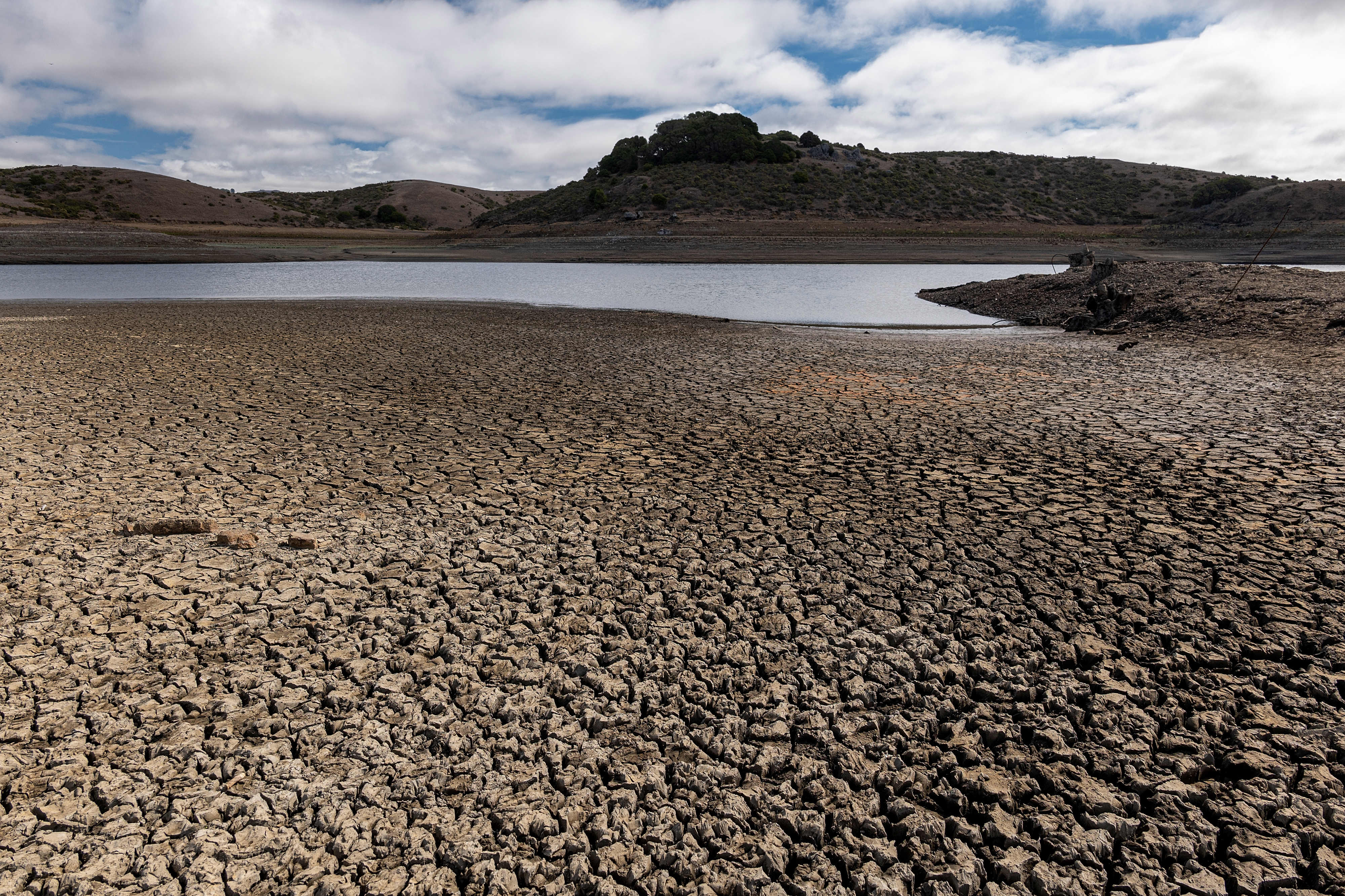 The peak of the statewide snowpack was around March 8 at about 57% of average. The start of April is typically when snowpack is at its peak.

Water managers conduct a May 1 snow survey when necessary, but that seems unlikely this year.

Snowpack in the Sierra accounts for about 30 percent of California's water supply. Understanding how much there is to work with is critical for water resources managers to plan for what's available during the hot and dry summer months. In addition to the monthly wet season surveys at Phillips Station, where water resources officials stick a pole in the ground to measure snow-water equivalent, officials rely on data provided by a network of sensors to determine snowpack.

Snow-water equivalent measures the amount of water contained in the snowpack.

Ideally, a conveyor belt of winter storms usher in rain and snow during the winter months. Mountain snow then melts closer to summer, running off into the state's water supply system and reservoirs.

California is in its third straight dry year. The U.S. Drought Monitor report released March 31 showed all of California in some category of drought. More than 40 percent of the state was in extreme drought, the second-most severe category. That includes portions of southeast, northwest and Central California.

The persistence of the drought has prompted state officials to call on cities and other local water suppliers to step up their conservation plans. Local governments may act by further restricting when people can water their lawns and wash cars, limit the use of water for decorative or ornamental purposes and step up enforcement against people who let sprinklers run onto sidewalks or engage in other wasteful behavior.