Major complexes of fires in the Greater Bay Area has burned hundreds of thousands of acres this summer. A Labor Day weekend heat wave continued what has been a difficult season for firefighters.

It has been a brutal summer for firefighters in California, primarily due monstrous complexes of fires burning in the Greater Bay Area.

CAL FIRE reported nearly 6,000 wildfires from the start of the year through the end of August. Those fires have burned well over 1 million acres. Last year at this time, the agency reported 3,673 fires that burned less than 30,000 acres.

In Southern California, extreme heat continues after a sweltering Labor Day weekend when brush fires started near Azusa and Yucaipa.. In the Greater Bay Area, complexes of fires sparked by lightning burned homes and forced hundreds to evacuate.

"We are experiencing fires the likes of which we haven't seen in many years," Gov. Gavin Newsom said.

Here's a look at where major fires are burning.

The El Dorado Fire started Saturday about 25 miles east of San Bernardino during the warmest weekend of the year. The fire started during a gender reveal party, spreading into the Yucaipa area. It has burned more than 7,300 acres.

There have been no reports of structure damage.

The Bobcat Fire started Sunday in Angeles National Forest north of Azusa. The fire grew to 4,800 acres Monday. Ash was falling on communities as air quality diminished across the region. 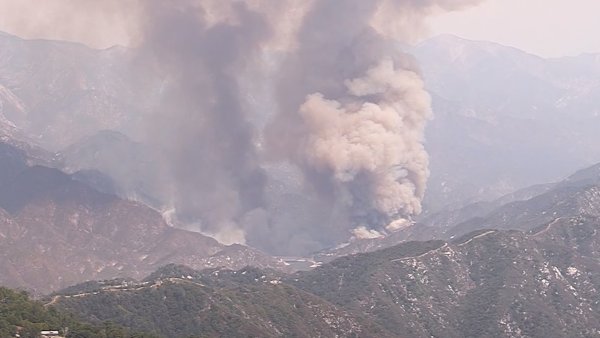 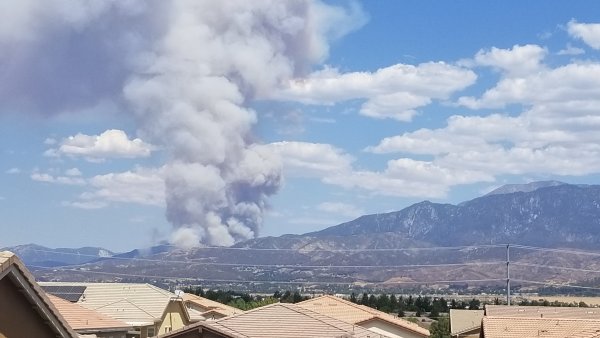 At least eight large lightning-sparked wildfires called the LNU Complex in the North Bay have burned hundreds of thousands of acres. Fires are burning in Napa, Lake, Sonoma, Colusa, Solano, and Yolo counties. They've ripped through more than 375,000 acres with containment Monday at 89 percent. Nearly 1,500 buildings have been destroyed.

The SCU Complex Fire consists of about 20 fires across five Bay Area counties. The fires are burning in Contra Costa, Alameda, Santa Clara San Joaquin, Merced, and Stanislaus counties. More than 396,000 acres have burned and containment Monday was at 88 percent. Flames have destroyed nearly 200 buildings.

Burning in San Mateo and Santa Cruz counties, this group of fires has burned more than 86,500 acres with containment at 68 percent. About 1,500 buildings have been destroyed.

This lightning-sparked group of fires is burning Butte, Tehama and Glenn counties. It was at 66,000 acres and 50-percent contained Monday. Sixteen buildings have been destroyed.

This fire in Fresno County is burning northeast of Shaver Lake in Sierra National Forest. It was at 45,500 acres Monday with no containment. More than 200 people were airlifted to safety Sunday when the only road to a campground was blocked by flames,.

The Valley fire in San Diego County is burning near Alpine in the Cleveland National Forest. It was at 4,000 acres with no containment.

The Sheep Fire has burned nearly 30,000 acres in Plumas and Lassen national forests. It was 86-percent contained Monday after destroying nearly 30 buildings.