The River Fire burned toward buildings as crews attempted to increase containment lines between Jurupa Valley and Riverside.

Evacuation orders for residents who live near a brush fire that erupted in the Santa Ana River bottom between Jurupa Valley and Riverside were downgraded to evacuation warnings Monday night as firefighters stopped progress of the flames.

The main blaze started about 11:10 a.m. in the area of Jurupa Avenue and Van Buren Boulevard, less than a mile north of Riverside Municipal Airport, according to the Riverside County Fire Department.

Crews had been making steady progress encircling the fire when a separate fire sprang up about 3:30 p.m. ahead of the larger one, near the Western Riverside County Animal Shelter. 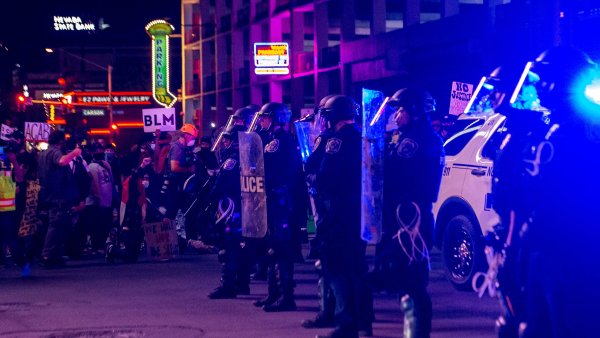 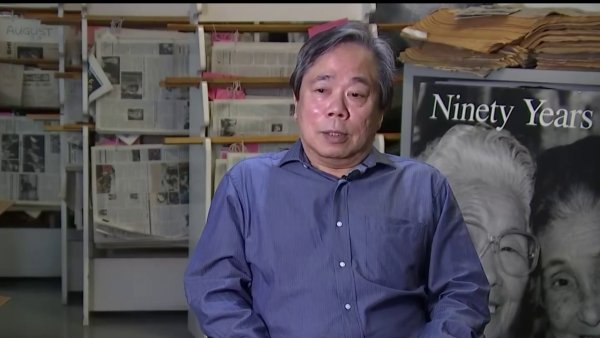 In LA's Little Tokyo, a Historic Newspaper Has Served Japanese Americans Since 1903

Evacuations were ordered for residents east of Van Buren Boulevard, north of Jurupa Avenue and west of Fremont Street/Industrial Ave south of the Riverbottom.

Multiple engine and hand crews from the county and city of Riverside converged on the location and encountered flames moving at a moderate rate eastward through thick vegetation.

Two Cal Fire water-dropping helicopters were sent to make runs on the fire, which was moving toward businesses abutting the river bottom in Riverside, according to reports from the scene.

The fires blended into one under increasing southwesterly winds, and the consolidated blaze was burning close to homes south of Limonite Avenue.

Evacuation orders were issued between Downey Street to the west and Avenue Juan Diaz to the east, encompassing hundreds of residences.

A second mandatory evacuation order was issued about 5 p.m. within Riverside, impacting residents north of Jurupa Avenue, stretching from Van Buren to the west to Anza Narrows Park to the east.

A temporary evacuation center was set up at Patriot High School in Jurupa Valley.

Sheriff's deputies closed all access points to the river bottom, except for emergency personnel.

At 4:20 p.m., Riverside Municipal Airport and Flabob Airport three miles to the northeast were shut down, and temporary flight restrictions were imposed, permitting only Cal Fire aircraft to come and go in the airspace.

Four Cal Fire water-dropping helicopters and two air tankers were called in to make runs on the fire.

Multiple engine, truck and hand crews from Riverside, Corona, Murrieta and Ontario joined Riverside County firefighters in working to get lines around the blaze.

At 12:40 p.m., the initial blaze turned north, immediately threatening properties near Kennedy Street and Riverdale Place in Jurupa Valley. A mandatory evacuation was ordered in the neighborhood, but at 1:50 p.m., the order had been downgraded to an evacuation warning.

A battalion chief at the scene this afternoon described the winds as "erratic," hampering containment efforts, and said the fire had the potential to grow to 500 acres. The flames were concentrated in Jurupa Valley, with the back end of the fire in Riverside.

As of 5:30 p.m., the winds were beginning to let up, according to reports from the scene.

The fire was 5% contained as of about 7:10 p.m., according to a Riverside County Fire Department statement.

There was no word on what might have triggered the fire. The river bottom is dotted with homeless encampments, and during dry periods, fires from camping and cooking are a regular occurrence.

More than 1,500 fires were reported by the start of May in California, where firefighters are bracing for a hot and dry summer following another winter of below-average rainfall.

California’s five-year average for the same period is 766 fires and 2,870 acres.