COVID-19 and Pregnancy: Women Regret Not Getting the Vaccine

Kyndal Nipper lost her baby in the final weeks of pregnancy after a seemingly mild case of COVID-19. Amanda Harrison had to be put on a ventilator and her baby was delivered two months early

Sometimes when she’s feeding her infant daughter, Amanda Harrison is overcome with emotion and has to wipe away tears of gratitude. She is lucky to be here, holding her baby.

Harrison was 29 weeks pregnant and unvaccinated when she got sick with COVID-19 in August. Her symptoms were mild at first, but she suddenly felt like she couldn’t breathe. Living in Phenix City, Alabama, she was intubated and flown to a hospital in Birmingham, where doctors delivered baby Lake two months early and put Harrison on life support.

Kyndal Nipper, who hails from outside Columbus, Georgia, had only a brief bout with COVID-19 but a more tragic outcome. She was weeks away from giving birth in July when she lost her baby, a boy she and her husband planned to name Jack.

Now Harrison and Nipper are sharing their stories in an attempt to persuade pregnant women to get COVID-19 vaccinations to protect themselves and their babies. Their warnings come amid a sharp increase in the number of severely ill pregnant women that led to 22 pregnant women dying from COVID in August, a one-month record. 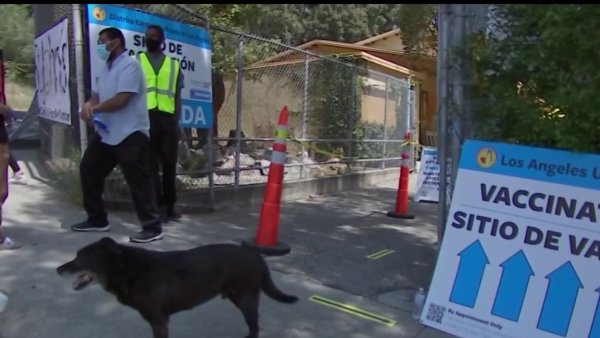 What Kind of Mask Should You Be Wearing Today?

“We made a commitment that we would do anything in our power to educate and advocate for our boy, because no other family should have to go through this,” Nipper said of herself and her husband.

Harrison said she will “nicely argue to the bitter end” that pregnant women get vaccinated “because it could literally save your life.”

Since the pandemic began, health officials have reported more than 125,000 cases and at least 161 deaths of pregnant women from COVID-19 in the U.S., according to the U.S. Centers for Disease Control and Prevention. And over the past several months, hospitals and doctors in virus hot spots have reported a sharp increase in the number of severely ill pregnant women.

With just 31% of pregnant women nationwide vaccinated, the CDC issued an urgent advisory on Sept. 29 recommending that they get the shots. The agency cautioned that COVID-19 in pregnancy can cause preterm birth and other adverse outcomes, and that stillbirths have been reported.

COVID-19 is more dangerous for a pregnant woman, who is also more likely to be infected with the infectious Delta variant spreading. Yet only 23 percent of pregnant women have gotten the shot, according to the CDC. Dr. Francis Collins, director of the National Institutes of Health, says pregnant women shouldn't wait - and get the shot to protect themselves from severe disease.

Dr. Akila Subramaniam, an assistant professor in the maternal-fetal medicine division of the University of Alabama at Birmingham, said the hospital saw a marked rise in the number of critically ill pregnant women during July and August. She said a study there found the delta variant of COVID-19 is associated with increased rates of severe disease in pregnant women and increased rates of preterm birth.

“Is it because the delta variant is just more infectious or is it because delta is more severe? I don’t think we know the answer to that,” Subramaniam said.

When COVID-19 vaccines became available to pregnant women in their states this spring, both Harrison, 36, and Nipper, 29, decided to wait. The shots didn't have final approval from the Food and Drug Administration and pregnant women weren’t included in studies that led to emergency authorization, so initial guidance stopped short of fully recommending vaccination for them. Pfizer shots received formal approval in August.

The women live on opposite sides of the Alabama-Georgia line, an area that was hit hard by the delta variant this summer.

While Harrison had to be put on life support, Nipper’s symptoms were more subtle. When she was eight months pregnant, she lost her sense of smell and developed a fever. The symptoms went away quickly, but Jack didn’t seem to be kicking as much as he had been. She tried drinking a caffeinated beverage: Nothing. She headed to the hospital in Columbus, Georgia, for fetal monitoring where medical staff delivered the news: Baby Jack was gone.

“He was supposed to come into the world in three weeks or less,” Nipper said. “And for them to tell you there’s no heartbeat and there is no movement ...”

CDC director Dr. Rochelle Walensky said on Thursday that new data proved the mRNA coronavirus vaccines were safe and effective in pregnant people, with no impact on the risk of miscarriage or potential harm for parent or child.

Nipper’s doctor, Timothy Villegas, said testing showed the placenta itself was infected with the virus and displayed patterns of inflammation similar to the lungs of people who died of COVID-19.

The infection likely caused the baby’s death by affecting its ability to get oxygen and nutrients, Villegas said. The doctor said he has since learned of similar cases from other physicians.

“We’re at that point where everybody is starting to raise some red flags,” he said.

In west Alabama, Dr. Cheree Melton, a family medicine physician who specializes in obstetrics and teaches at the University of Alabama, said she and her colleagues have had about a half-dozen unvaccinated patients infected with COVID-19 lose unborn children to either miscarriages or stillbirth, a problem that worsened with delta’s spread.

“It’s absolutely heartbreaking to tell a mom that she will never get to hold her living child,” she said. “We have had to do that very often, more so than I remember doing over the last couple of years.”

Based on current data, licensed physician and TikTok influencer Dr. Noc says there's no safety risks associated with vaccination while pregnant. He spoke with NBCLX about why reassuring pregnant people about getting vaccinated has gotten a bit complicated.

Melton said she encourages every unvaccinated pregnant woman she treats to get the shots, but that many haven’t. She said rumors and misinformation have been a problem.

“I get everything from, ‘Well, somebody told me that it may cause me to be infertile in the future’ to, ‘It may harm my baby,’” she said.

Nipper said she wishes she had asked more questions about the vaccine. “Looking back, I know I did everything that I could have possibly done to give him a healthy life,” she said. "The only thing I didn’t do, and I’ll have to carry with me, is I didn’t get the vaccine."

Now home from the hospital with a healthy baby, Harrison says she feels profound gratitude — tempered with survivor’s guilt.

“I cry all the time. Just little things. Feeding her or hugging my 4-year-old. Just the thought of them having to go through life without me and that’s a lot of people’s reality right now," Harrison said. “It was very scary and it all could have been prevented if I had gotten a vaccination.”