The Ivy League became the first Division I conference this year to cancel all winter sports, including men’s and women’s basketball.

The decision Thursday came 13 days before the scheduled start of the college basketball season. The league had decided this past summer, when it canceled fall sports, not to allow any of its sports to start play before early December.

“Regrettably, the current trends regarding transmission of the COVID-19 virus and subsequent protocols that must be put in place are impeding our strong desire to return to intercollegiate athletics competition in a safe manner," the Ivy League presidents said in a joint statement. "Student-athletes, their families and coaches are again being asked to make enormous sacrifices for the good of public health — and we do not make this decision lightly.

"While these decisions come with great disappointment and frustration, our commitment to the safety and lasting health of our student-athletes and wider communities must remain our highest priority.”

A Wisconsin football coach was fired after officials say he attended a scrimmage game knowing that he may have been positive for COVID-19.

Coaches and athletes were informed of the news on video conference calls Thursday evening.

The news comes as the coronavirus cases are soaring across the U.S. Newly confirmed cases per day in the U.S. have rocketed more than 70% over the past two weeks, reaching an average of about 127,000 — the highest on record. And the number of people hospitalized with the virus hit an all-time high of more than 65,000.

Deaths per day in the U.S. have soared more than 40% over the past two weeks, from an average of about 790 to more than 1,100 as of Wednesday, the highest level in three months. That's still well below the peak of about 2,200 deaths per day in late April,

The Ivy League has tried to be in front of the virus. The league was the first conference to scrap its postseason basketball tournament last March. That preceded a cascade of cancellations. All major college and professional sports were halted within days. 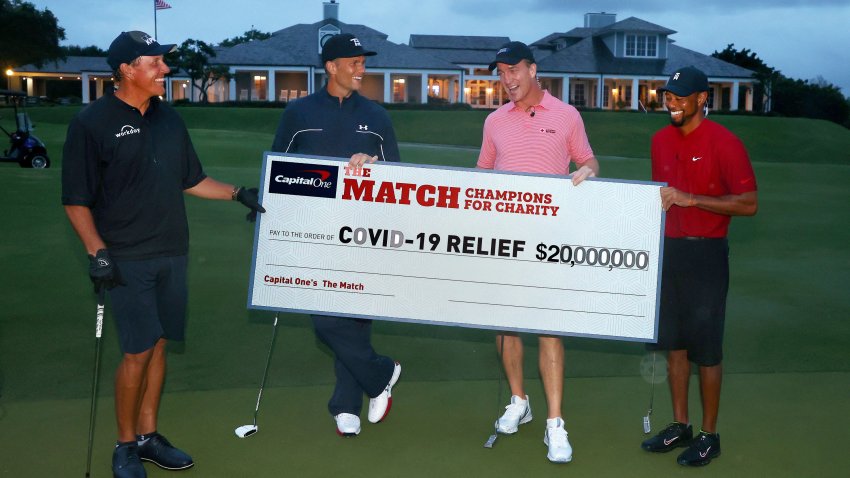 Tiger Woods Won't Play in The Match 3, But the Show's Producer Hopes to Make It an Annual Black Friday Event 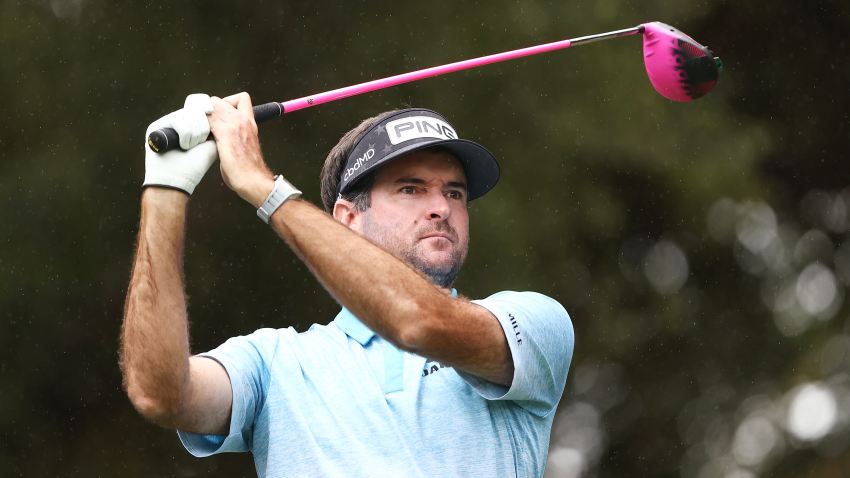 The Ivy League announcement affects not just basketball, but wrestling, indoor track and field, swimming, fencing and other sports. The league also said that spring sports are postponed through at least the end of February 2021.

Also Thursday, Pittsburgh’s game at Georgia Tech was postponed after the Panthers were forced to pause team activities due to COVID-19 protocols.

The Atlantic Coast Conference said both teams were having COVID-19 issues and the game slated for Saturday will instead be played Dec. 12.

Also, Conference USA announced Rice at Louisiana Tech scheduled for Saturday had been postponed because of COVID-19 issues with La Tech. No make-up date has been set.

Anthony Tall of the Aspires Sports Group breaks down down how sports across the board are still struggling dealing COVID-19.

There have been 57 games between schools in the Football Bowl Subdivision to be canceled or postponed because of the pandemic since late August — and 10 this week.

The Southeastern Conference, the Big Ten and the Pac-12 have all been forced to scramble at times this season. The Atlantic Coast Conference has not been immune, though most of the issues were in early September. This is the fifth conference game in the ACC to be postponed. One has already been made-up and Louisville at Virginia is scheduled to be played Saturday after it was postponed last week.

The conference has enjoyed relatively smooth sailing in recent weeks, though several high-profile players have been dealing with COVID-19, including Clemson star quarterback Trevor Lawrence.

Pitt is still scheduled to host Virginia Tech in its home finale on Nov. 21 and travel to Clemson on Nov. 28.

The NBA is back. So is Major League Baseball and professional hockey is on the horizon. Sports reporter Will Carroll breaks down what fans can expect and what key concerns remain as professional sports attempts a major comeback in midst of the pandemic.
Copyright AP - Associated Press