Officials said the spike is too far removed from Labor Day to be linked to the holiday weekend, and it's too early to tell if it can be linked to any recent reopenings of businesses.

One day after the county reported its highest daily number of new coronavirus cases in six weeks, Los Angeles County's health officer said Thursday if the numbers continue to be elevated, expert will have to dig into the data to see if they can determine a cause of the spike.

“We'll see what those final numbers look like (Thursday),'' Dr. Muntu Davis told reporters in an online briefing. “My suspicion is that they won't be as high. But if we're seeing a few days or even throughout the whole week some increases, we'll have to look closer at our data to figure out if there's some commonality among those increases in cases.''

Davis said the spike is too far removed from Labor Day to be linked to the holiday weekend, and it's too early to tell if it can be linked to any recent reopenings of businesses.

The county on Wednesday reported 1,645 new COVID-19 cases, the highest daily number since Aug. 22. Public health director Barbara Ferrer said when announcing the figure that a one-day spike doesn't indicate a trend, but added, “this is something we need to watch closely.''

The eyebrow-raising increase came at a critical time for the county, which continues to languish in the strictest level of the state's four-tier economic-reopening roadmap. The county's recent testing positivity rate is low enough to qualify the county to move up to a less-restrictive tier, but the average daily number of new cases needs to drop to about 700 per day before any movement will occur.

As of Wednesday, the county's rate of new cases per 100,000 residents was averaging 7.4, above the limit of 7 needed to move out of the state's restrictive “purple” tier.

Ferrer noted that the county's recent daily average case numbers have fallen to levels not seen in late April and early May, so Wednesday's spike could prove to be an anomaly.

Davis said a key element of reducing virus transmission is contact tracing, and the county has been having success on that front. He said 63% of people who have contracted the virus in the county have taken part in contact-tracing interviews, while the rest either declined to be interviewed or couldn't be located.

He also said more than half of people interviewed provided “at least one contact for follow-up.”

He urged anyone who receives a call from the county to speak to contact tracers, noting that the call will be displayed on people's phones as either “L.A. Public Health” or with the number 833-641-0305. 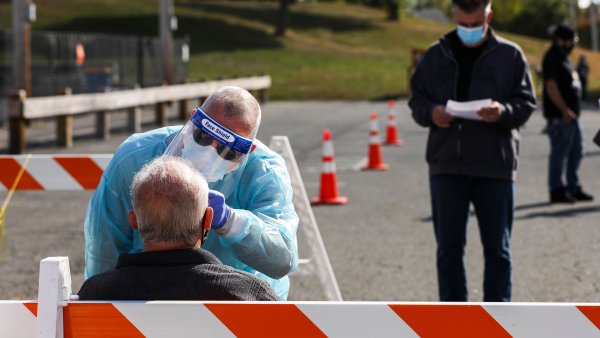 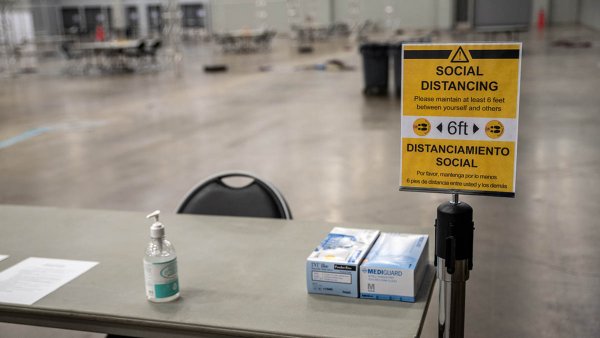 The county this week also began accepting waiver applications from schools that want to offer in-person instruction for pre-kindergarten through second-grade students. Ferrer said about 26 schools have submitted waiver requests so far.

On Tuesday, the county quietly authorized breweries and wineries that don't have their own kitchens to reopen for outdoor service, provided they partner with a third-party food provider. All alcohol sales for on-site consumption at breweries and wineries must be accompanied by a “bona fide meal” purchase. Customers must be seated at tables, and they must make a reservation at least one day in advance, under the health order.

Bars across the county remain closed, except in Long Beach, which this week allowed them to reopen with outdoor operations if they partner with a third-party food provider and link all alcohol sales to food purchases. Long Beach has its own health department separate from the county.

The 1,645 new cases reported Wednesday, along with 37 announced by Long Beach and five by Pasadena, lifted the countywide total since the start of the pandemic to 277,487.

The county also reported 30 more deaths Wednesday, although three of those fatalities were announced Tuesday afternoon by health officials in Long Beach and Pasadena. The cumulative number of deaths in the county during the pandemic stood at 6,709 as of Wednesday.

Hospitalizations in the county related to the coronavirus were at 696 as of Wednesday, up from 685 on Tuesday and 674 on Monday.

Ferrer stressed that the number of hospitalizations has been trending downward for weeks, now sitting well below the July averages of about 2,200 a day.

“It's good news and we believe it reflects both improved therapy and care for patients with COVID-19 that may lead to shorter lengths of stay, as well as the fact that we know we have a much younger population of residents who are infected now, and they may be less likely as a group overall to require hospitalization,” Ferrer said.