A graduation into the least restrictive yellow tier of the state's four-tier system for reopening the economy by this week is unlikely because the case rate must get below 2 per 100,000 population, Orange County's CEO said.

The number of coronavirus patients in county hospitals inched down from 125 Saturday to 124, with the number of intensive care unit patients falling from 33 to 25, according to the Orange County Health Care Agency. The county has 35.1% of its ICU beds available, and 71% of its ventilators.

Sunday's numbers brought the county's totals to 252,316 cases and 4,839 fatalities since the pandemic began.

"My staff is basically telling me that when the case rates are this low, it could be difficult to continue to make the same level of progress week after week," Orange County CEO Frank Kim told City News Service on Friday.

"We've been flat on case rates for seven or eight days now so it's hard to predict."

The positivity rate in the health equity category, which measures the rate in underprivileged communities hardest hit by the pandemic, continues a downward trend, Kim said. 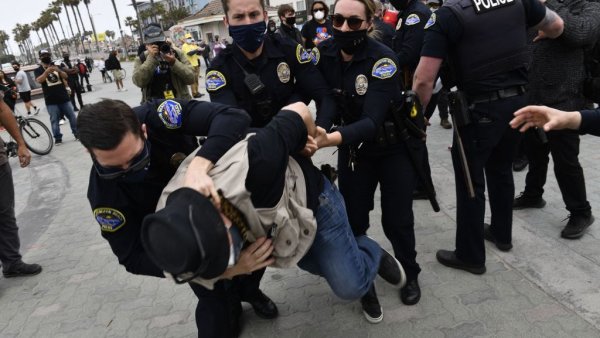 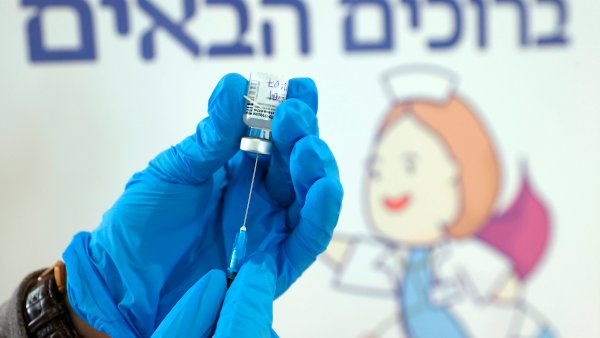 The overall positivity rate has remained flat at 1.6% over the past five days, but on Friday the health equity rate had dropped to 1.9%.

"That indicates we have closed the gap between the testing positivity in our most hard-hit communities," Kim said. "Some of that could be attributed to the hard work staff is doing with mobile clinics."

A graduation into the least restrictive yellow tier of the state's four-tier system for reopening the economy by this week is unlikely because the case rate must get below 2 per 100,000 population, Kim said.

The only real way to drive down the case rates will be vaccinating more residents, he said.

"I'm a little bit worried about it because we're expecting to see a bump in demand and we hoped that would coincide with an increase in doses," Kim said.

The weekly update from the state, issued on Tuesdays, showed the county's test positivity rate improved from 1.7% to 1.6%, while the adjusted case rate per 100,000 people on a seven-day average with a seven-day lag increased from 2.8 to 3.

The county's Health Equity Quartile rate, which measures positivity in hotspots in disadvantaged communities, improved from 2.6% to 2.1%. The county's positivity rates qualify for the least restrictive yellow tier of the state's four-tier system for reopening the economy, but the case counts are still in the orange tier.

A Reseda mother has been accused of killing her own three young children. The woman has been arrested after a suspected carjacking. A memorial is growing for the kids. Christine Kim reports for the NBC4 News on Sunday, Apr. 11, 2021.

The county has administered 1.8 million COVID vaccine doses to residents, Kim said.  It is testing 301.5 per 100,000 residents on a seven-day average with a seven-day lag.

Demand for tests at the county's super sites in Anaheim and Costa Mesa have dwindled as residents now opt more for mail-order tests, Kim said Thursday.

"I do believe we're going to change that model'' of testing, he said last week, "by breaking it back down and getting away from the super site concept and having smaller testing kiosks in higher-traffic areas of the county."

Officials are working to prepare for a surge of vaccine seekers when eligibility expands to everyone aged 16 and older on Thursday, Kim said.

The county's recent move into the orange tier of the state's Blueprint for a Safer Economy allowed restrictions to be eased on a variety of business sectors. Retail stores now do not have to limit attendance at all, and churches, movie theaters, museums, zoos and aquariums were allowed to expand from 25% to 50% of capacity.

Restaurants were given permission to expand indoor dining to 50% and wineries to offer indoor service at 25%, while bars that don't serve food got the green light to reopen outdoors. Gyms and fitness centers were cleared to expand to 25% of capacity, and family entertainment centers can offer indoor attractions such as bowling.