Virus Updates: States to Get 14.5M Doses of Vaccine This Week

President Joe Biden called the U.S. topping 500,000 coronavirus-related deaths a "truly grim, heartbreaking milestone" during a ceremony at the White House Monday night. He told the nation that “to heal, we must remember.”

Meanwhile, the Biden administration is on course to surpass its goal of inoculating 100 million people within its first 100 days in office. The pace of first-dose vaccinations has been largely steady over the past several weeks, hovering around an average of 900,000 shots per day. Although winter storms disrupted thousands of vaccine appointments last week, the administration says the delayed doses will be injected by March 1 and the daily pace of vaccinations will continue to climb.

The U.S. has reported more than 502,000 deaths and 28 million coronavirus cases since the start of the pandemic, according to a tally by NBC News.

COVID-19 vaccine makers tell Congress to expect a big jump in the delivery of doses over the coming month.

The companies insisted Tuesday at a hearing that they will be able to provide enough vaccine for most Americans by summer.

By the end of March, Pfizer and Moderna expect to have provided the U.S. government with a total of 220 million vaccine doses, up from the roughly 75 million shipped so far.

That's not counting a third vaccine, from Johnson & Johnson, that's expected to get a green light from regulators soon.

The Biden administration said Tuesday that it expects about 2 million doses of that vaccine to be shipped in the first week, but the company told lawmakers it should provide enough of the single-dose option for 20 million people by the end of March.

Looking ahead to summer, Pfizer and Moderna expect to complete delivery of 300 million doses each, and J&J aims to provide an additional 100 million doses. Two other manufacturers, Novavax and AstraZeneca, have vaccines in the pipeline and anticipate eventually adding to those totals.

Both Pfizer and Moderna failed to meet delivery quotas for the initial doses of their vaccines late last year. That's prompted Congress to scrutinize the companies' plans for vaccine development and delivery, which they noted benefited from $16 billion in federal funding.

Nearly 14% of Americans have received at least an initial dose of the two-shot-regimen vaccines from Pfizer and Moderna.

California Gov. Gavin Newsom signed a $7.6 billion coronavirus relief package on Tuesday that will give at least $600 one-time payments to 5.7 million people while setting aside more than $2 billion in grants for struggling small businesses.

Newsom signed the law as Congress is debating a much larger stimulus package for the nation, a proposal that could also put money into the pockets of most Americans. And it comes as the first—term governor is facing a recall effort fueled in part by widespread anger over his handling of the coronavirus, particularly its impact on businesses.

“The backbone of our economy is small business. We recognize the stress, the strain that so many small business have been under,” Newsom said at a bill-signing ceremony at Solomon's Deli in Sacramento. “And we recognize as well our responsibility to do more and to do better to help support these small businesses through this very difficult and trying time.”

The Newsom administration still bans indoor dining in most of the state while limiting how many people can enter retail stores at the same time. Newsom has said Tuesday the state will ease those restrictions in five counties, with more to come in the coming weeks as the number of new infections have fallen in recent weeks along with coronavirus-related hospitalizations.

Newsom used his emergency powers in November to set aside $500 million for small business grants. In the first round of funding, the program received more than 334,000 applications totaling more than $4.4 billion in requests.

The law Newsom signed on Thursday puts another $2 billion into that program. Businesses with annual revenues between $1,000 and $2.5 million are eligible for the money, with a priority given to businesses owned by women and minorities and businesses in areas with high unemployment rates.

The Legislature will likely approve more aid for businesses next week. Lawmakers had planned to pass a bill on Monday that would have let businesses deduct up to $150,000 in expenses covered by federal loans from their state taxes — a $2 billion benefit over six years. But they decided to amend the bill to let businesses deduct more than $150,000 from their taxes, raising the price tag for the state to about $2.3 billion, Newsom said.

Once that law is passed, it will bring the total state stimulus package to just under $10 billion.

WH: States to Get 14.5M Doses of Vaccine This Week

States will receive about 14.5 million doses of the coronavirus vaccine this week, marking a nearly 70% increase in distribution of doses over the last month, White House press secretary Jen Psaki said Tuesday.

Limited supply of the two approved COVID-19 vaccines has hampered the pace of vaccinations -- and that was before extreme winter weather delayed the delivery of about 6 million doses this past week.

The number of doses states will receive will increase from the 8.6 million a week they received during Biden’s first week in office. Last week, the White House announced that states would receive 13.5 million doses of the vaccine.

The White House announced last week that it’s in the process of doubling to 2 million the number of doses sent directly to pharmacies. Psaki also noted White House coronavirus coordinator Jeff Zients told governors on Tuesday that pharmacies will see an increase in allocation by about 100,000 doses this week.

President Joe Biden has said that every American who wants a vaccination can get one by the end of July.

Barclays Center and Madison Square Garden will host fans -- albeit a limited number of them -- in their arenas Tuesday night for the first time in nearly a year, marking the first in a series of major reopening steps for New York this week.

The Nets host the Sacramento Kings in downtown Brooklyn at 7:30 p.m. ET. At the same time, the Knicks will take on the Golden State Warriors at MSG.

Gov. Andrew Cuomo announced the planned reopening of large stadiums and arenas earlier this month, citing ongoing progress in the state and city's coronavirus numbers and the "unparalleled success" of his January pilot program with the Buffalo Bills. Pre-game COVID testing is the crux of the reopening.

Certain rules and restrictions apply to start, Cuomo said. Fans must provide a negative PCR test within 72 hours of an event; they'll be rapid-tested again once they arrive at the stadium, just as was the case with the Bills' games. The second test returns results within about six minutes. Staff must be rapid-tested as well.

Only arenas with more than 10,000-person total capacity are permitted to reopen at this point; a strict 10 percent capacity limit applies. Venues have to submit their plans to the State Department of Health for approval. Core mitigation efforts like mask-wearing, temperature checks and assigned seating to ensure social distancing are also mandatory.

Agony, and Mystery, of Post-COVID-19 Loss of Smell

A year into the coronavirus pandemic, doctors are striving to better understand and treat patients who lose their sense of smell. Called anosmia, the condition is a common symptom of COVID-19. It is non-lethal but terribly vexing for the small minority of long-term sufferers who many weeks after infection still cannot taste food or smell the things they love.

Even specialist doctors say there is much about the condition they still don't know and they are learning as they go along in their diagnoses and treatments. Impairment and alteration of smell have become so common with COVID-19 that some researchers suggest that simple odor tests could be used to track coronavirus infections in countries with few laboratories.

For most people, the olfactory problems are temporary, often improving on their own in weeks. But a small minority are complaining of persistent dysfunction long after other COVID-19 symptoms have disappeared. Some have reported continued total or partial loss of smell six months after infection. The longest, some doctors say, are now approaching a full year.

Researchers working on the vexing disability say they are optimistic that most will eventually recover but fear some will not. Some doctors are concerned that growing numbers of smell-deprived patients, many of them young, could be more prone to depression and other difficulties and weigh on strained health systems.

“They are losing color in their lives,” said Dr. Thomas Hummel, who heads the smell and taste outpatients clinic at University Hospital in Dresden, Germany. “These people will survive and they'll be successful in their lives, in their professions. But their lives will be much poorer.”

In the southern French city of Nice, COVID-19 olfactory disorders are being studied by medical researchers who were previously using scents in the diagnosis of Alzheimer's disease. They have also used fragrances to treat post-traumatic stress in children after a terror attack. They're now lending their expertise to help post-COVID-19 patients recover their sense of smell. 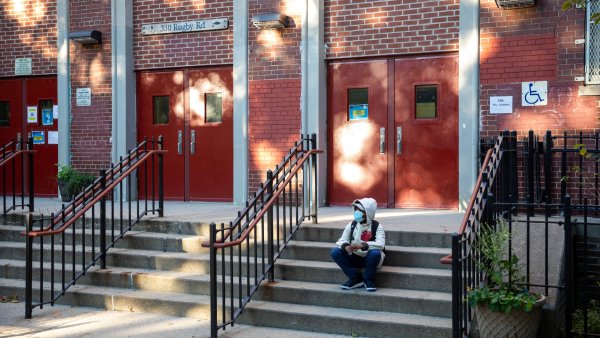 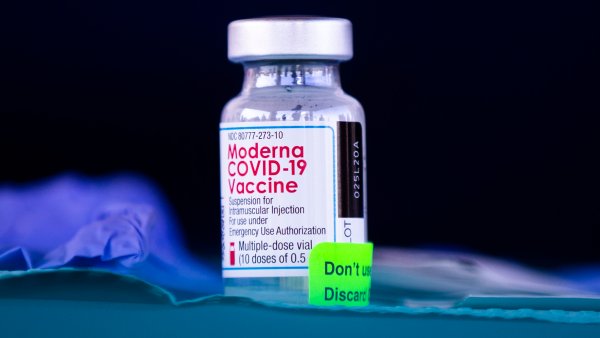