The 8-foot shark was pushed back into the water

Five men were able to drag a thrashing, 500-pound great white shark back into the water after a fisherman hauled it ashore in Orange County.

Marine Safety Officer Michael Bartlett says the angler was surf casting Tuesday along Huntington Beach when he unknowingly reeled in the 8-foot shark.

Great whites are illegal to catch, so Bartlett says there was no choice but to get it back in the water. The men cautiously pushed and pulled the shark — avoiding its teeth — until they managed to get it back into the waves. 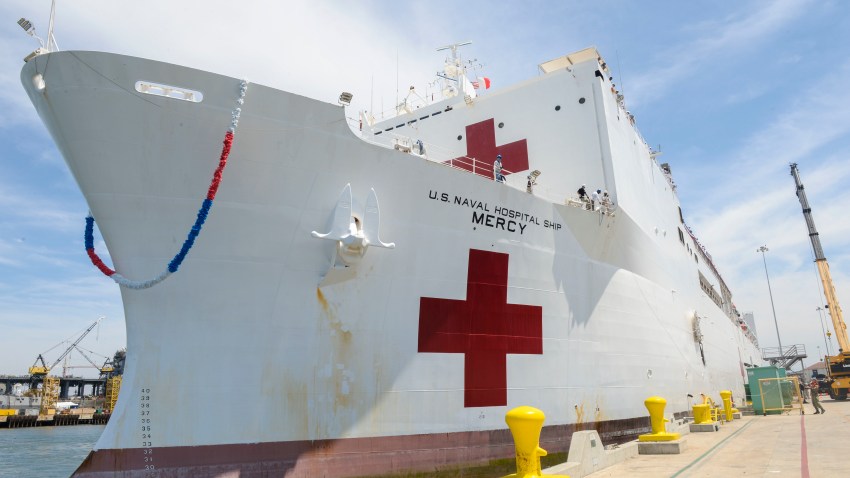 Port of Los Angeles 6 hours ago

Bartlett tells the Orange County Register that in three decades of lifeguarding it's the first time he's seen a great white caught from shore.

The beach wasn't closed but after seeing the shark several surfers decided they'd caught enough waves for the day.